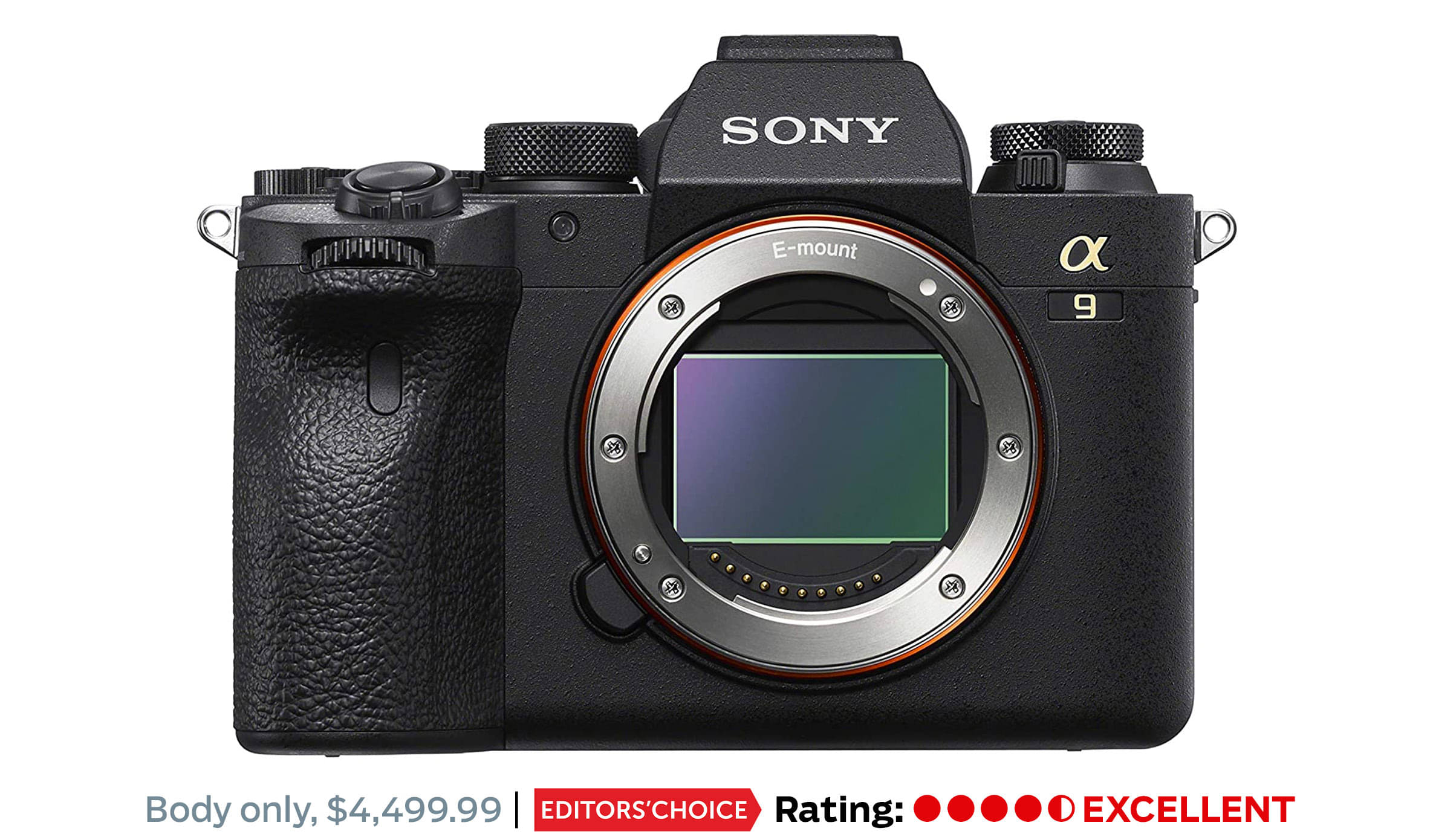 With the second iteration of its high speed, full-frame mirrorless camera, Sony has concentrated on subtle rather than dramatic improvements.

The a9 II is the equal of its predecessor, the a9, from an imaging perspective. Improvements are largely ergonomic, so there’s little reason for a9 owners to upgrade. But that doesn’t detract from just how good the a9 II is for capturing sports, wildlife, and other subjects that task autofocus to its limits. Its performance is class-leading, and it undercuts its competitors in price by a wide margin, making it our Editors’ Choice.

The a9 II feels familiar and comfortable in the hand. Its body isn’t that much different from the a9 from 2017. The grip is improved, and controls have been updated to match the feel of what you get with Sony’s specialized high-resolution model, the a7R IV.

The body is pro-grade, with magnesium-alloy construction, five-axis image stabilization, and weather protection. It’s smaller than similar models from Canon and Nikon, which incorporate vertical shooting grips into the body. On its own, the a9 II measures 3.8 by 5.1 by 3.1 inches (HWD) and weighs 1.5 pounds.

The camera is sold as a body only, but there are a wealth of lenses available for the system. All of the standard options that pros want are there, and Sony has a couple of exotic telephoto primes, the FE 400mm F2.8 GM and FE 600mm F4 GM, both with teleconverter compatibility. Canon and Nikon go a little bit further—each offers 500mm and 800mm prime lens options as well. 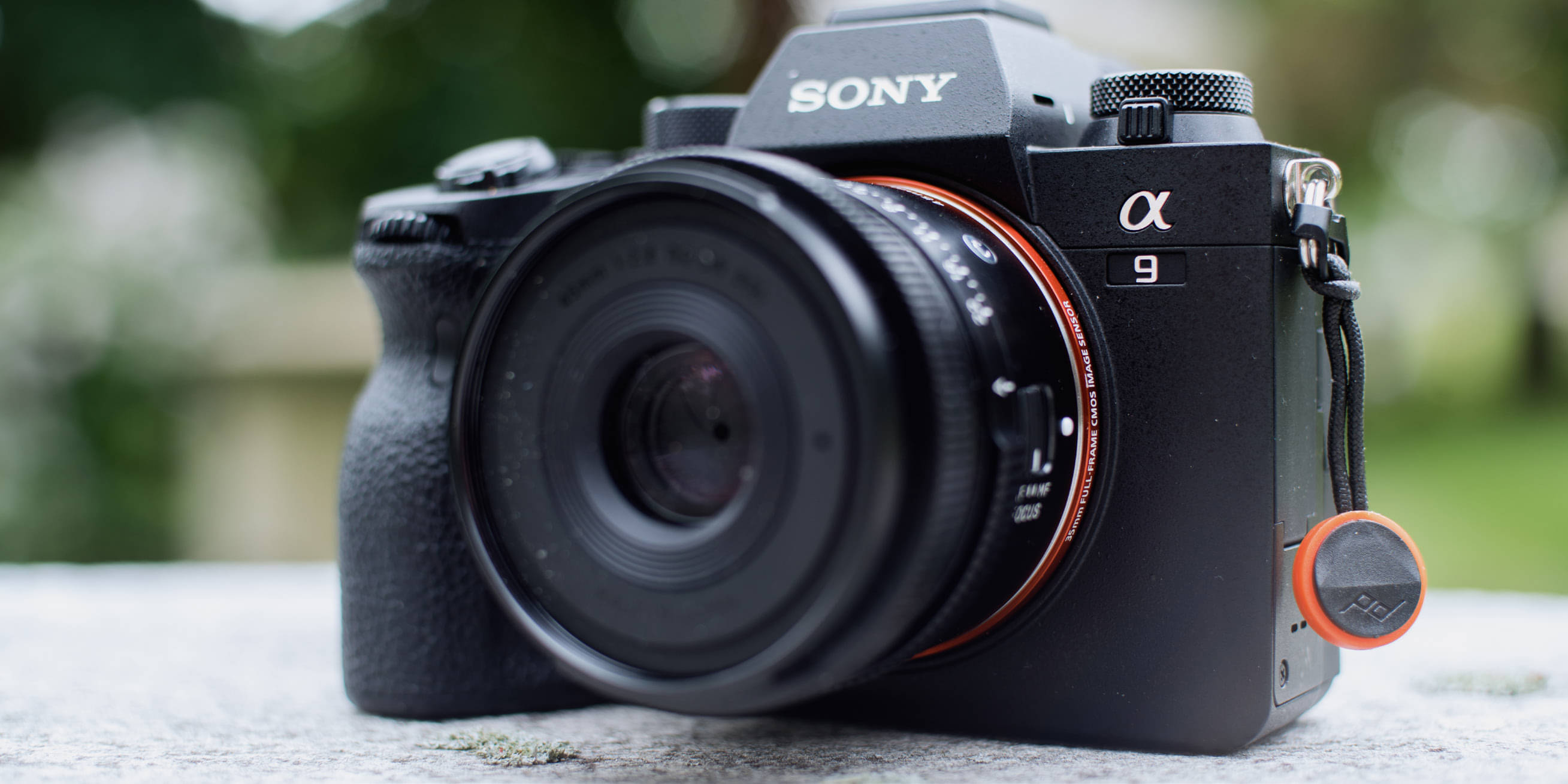 If you prefer a bigger camera, the VG-C4EM battery grip is available for $349.99. It attaches to the bottom, supports two batteries, and adds controls for more comfortable operation when you’re holding the camera in portrait orientation. (It’s not the same grip from the a9, though, so you’ll need to get a new one if you’re upgrading.) The VG-C4EM can also be used with the a7R IV, if you happen to own both cameras.

BOTTOM LINE The Sony a9 II’s blackout-free capture experience sets it apart from its full-frame rivals, and its 20fps subject tracking is unmatched.

The a9 II’s buttons and dials are in roughly the same places as they are on the a9, but there are some minor changes. You’ll notice two when looking at the top plate—the rear control dial is now exposed entirely, instead of recessed into the body, and the EV dial now has a central locking post. Both of these changes were seen earlier in the a7R IV.

Other top controls include programmable C1 and C2 buttons, the forward command dial (integrated into the handgrip), the Mode dial, and the shutter release. The a9 II includes one feature not found on the otherwise identical a7R IV body, a dedicated dial for setting drive mode, and focus options. It’s at the left of the top plate and gives you quick access to change from a single exposure to one of three continuous drive modes and to switch between single, continuous, and manual focus without diving into menus. 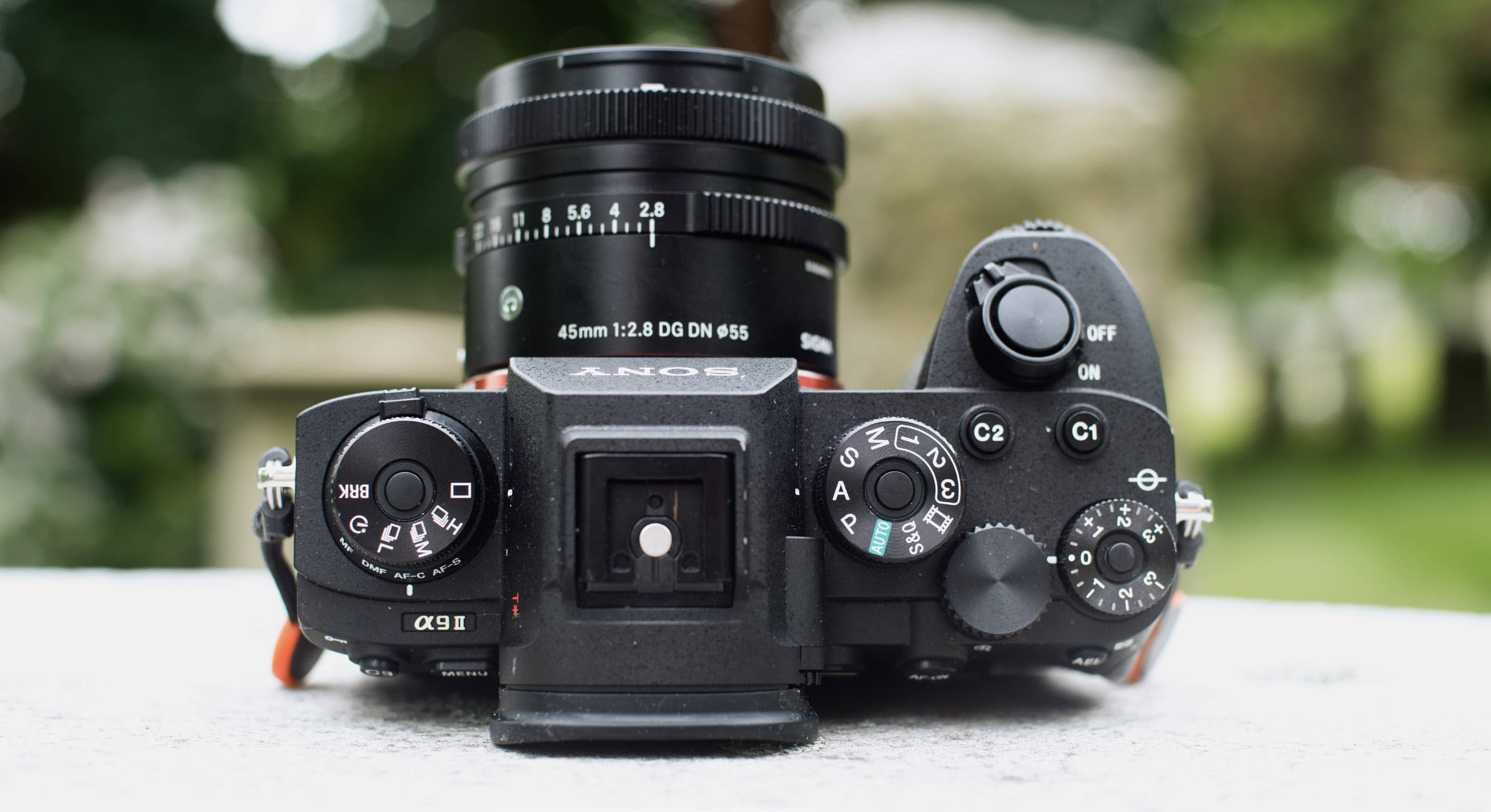 Rear controls include a programmable C3 and a Menu button, both at the top left corner. Record, AF-ON, and AE-L sit together in a row along the top, just to the right of the EVF eyecup. Below them, you’ll see the eight-way controller used to set the active autofocus area, the rear command dial, and the Fn, Play, and Delete/C4 buttons.

Many of the a9 II’s physical controls are customizable, including all of the C buttons and each of the directional presses. They’re supplemented with an on-screen overlay menu. It includes twelve slots for additional settings and can be tuned separately for photo and video modes.

The a9 II is the same as the a9 in terms of display and EVF, with the same 3-inch, tilting LCD. The display supports touch input, sharp (1,440k-dot) resolution, and adjustable brightness—when set to Daylight mode, it’s very usable in bright sunlight.