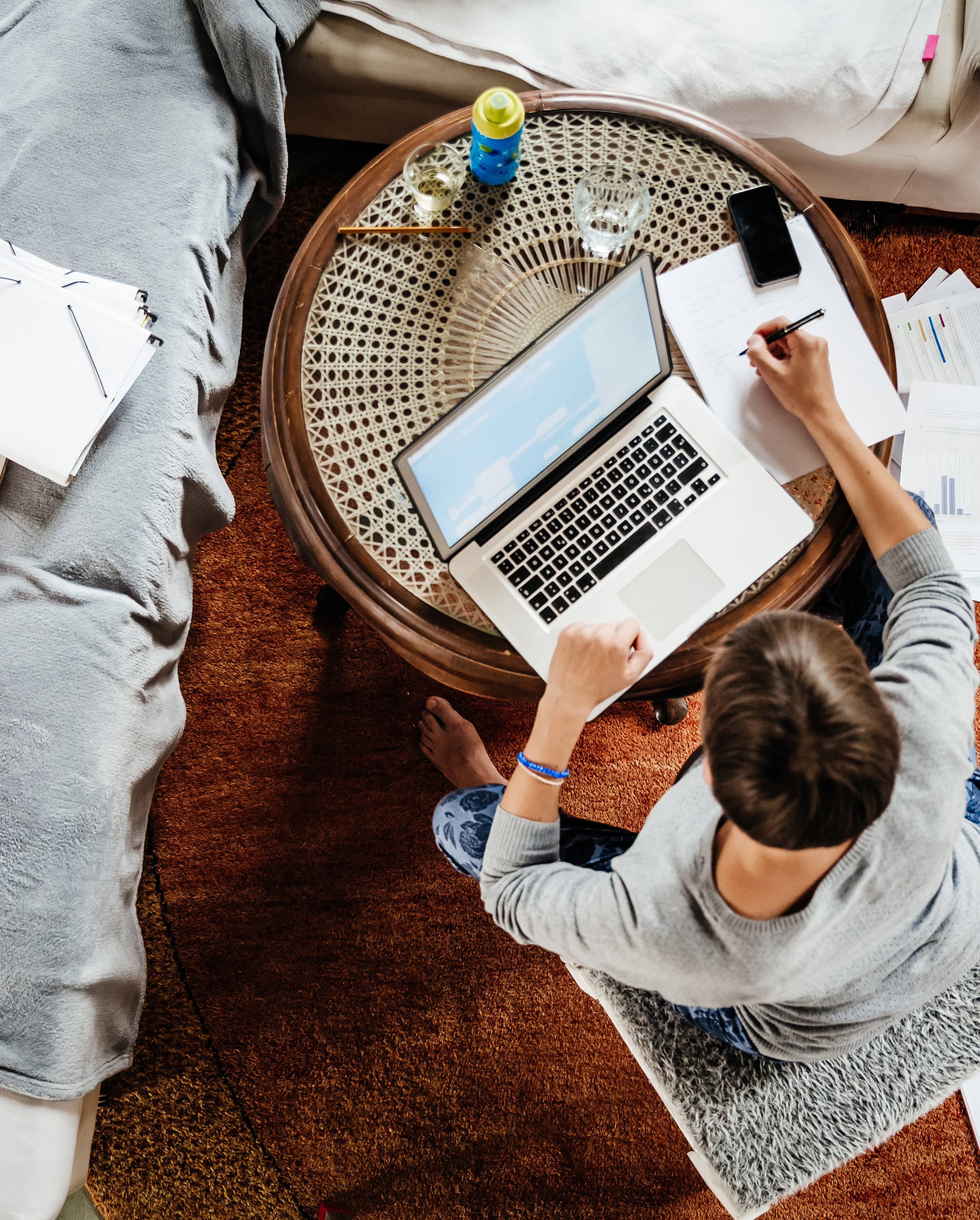 The home office you’ve occupied for months could be the wave of the future.

CHANDRA STEELE
Pivot is a word you hear a lot in business, and in particular, the tech industry. The thing with pivoting, though, is that if you do it enough, you find yourself back where you began. The founding myths of Silicon Valley are regularly based in garages. Success spun out of them to create an entire region of business parks and campuses that serve as a shorthand for technology. Until now, when COVID-19 quarantine has driven everyone into their homes.

It will take a vaccine and a considerable amount of time before the world begins to resemble anything familiar. Even when it does, with so much time spent away from offices and the concept of them as necessary being debunked, the way we work now could become the new normal.

“For some companies, the investments they’ve made to support working from home are likely to be sustained moving forward and result in a complete culture shift,” Kelly Reynolds, department chair of community, environment and policy at the University of Arizona, told us.

Here’s one example: With quarantine orders still in effect in most states, Twitter declared that working from home would become the new norm for the majority of its employees. Twitter Chief Marketing Officer and Head of People Leslie Berland tweeted about the company’s decision: “Decentralization and remote work was a top priority for us pre-COVID. We’ll continue to learn and improve to make the experience even better, but it starts with empowering people to work where they feel most creative, comfortable, and safe.”

For some companies, working from home has long been the norm. Jody Thompson, co-creator of the Results Only Work Environment management strategy, told us that the companies she’s worked with are business as usual.

THE HIGHLY EXAGGERATED DEATH OF TELECOMMUTING

The ability of knowledge workers to work from home was developed by Silicon Valley but not exactly encouraged by it, particularly in the past decade. Companies that had openly welcomed remote work, even those at the forefront of having employees telecommute, changed their policies—sometimes abruptly and too much criticism.

In 2013, within a year of becoming president and CEO of Yahoo, Marissa Mayer put an end to the company’s work-from-home policy. A memo from the head of human resources read, “We need to be one Yahoo!, and that starts with physically being together.” The move was part of a turnaround Mayer hoped to effect at the troubled company.

It was seen as a controversial act both inside and outside the company. But despite all the bad press Mayer received and the lack of positive impact on Yahoo’s bottom line, IBM followed, bringing its long history of having a workfrom-home policy to an end in 2017. That was unexpected since the company had developed technology that allowed some of its workforce to work remotely and had touted in 2009 that 40 percent of its workforce worked from home. And in 2014, IBM published a whitepaper that found only upsides to the practice. Yet after 20 quarters of decreased revenue, CEO Ginni Rometty changed protocol: IBMers were given the choice of either working in an IBM office or quitting.

These decisions were predicated partly on the belief that colocation is necessary for collaboration. “Some of the best decisions and insights come from hallway and cafeteria discussions, meeting new people, and impromptu team meetings,” the Yahoo memo read. 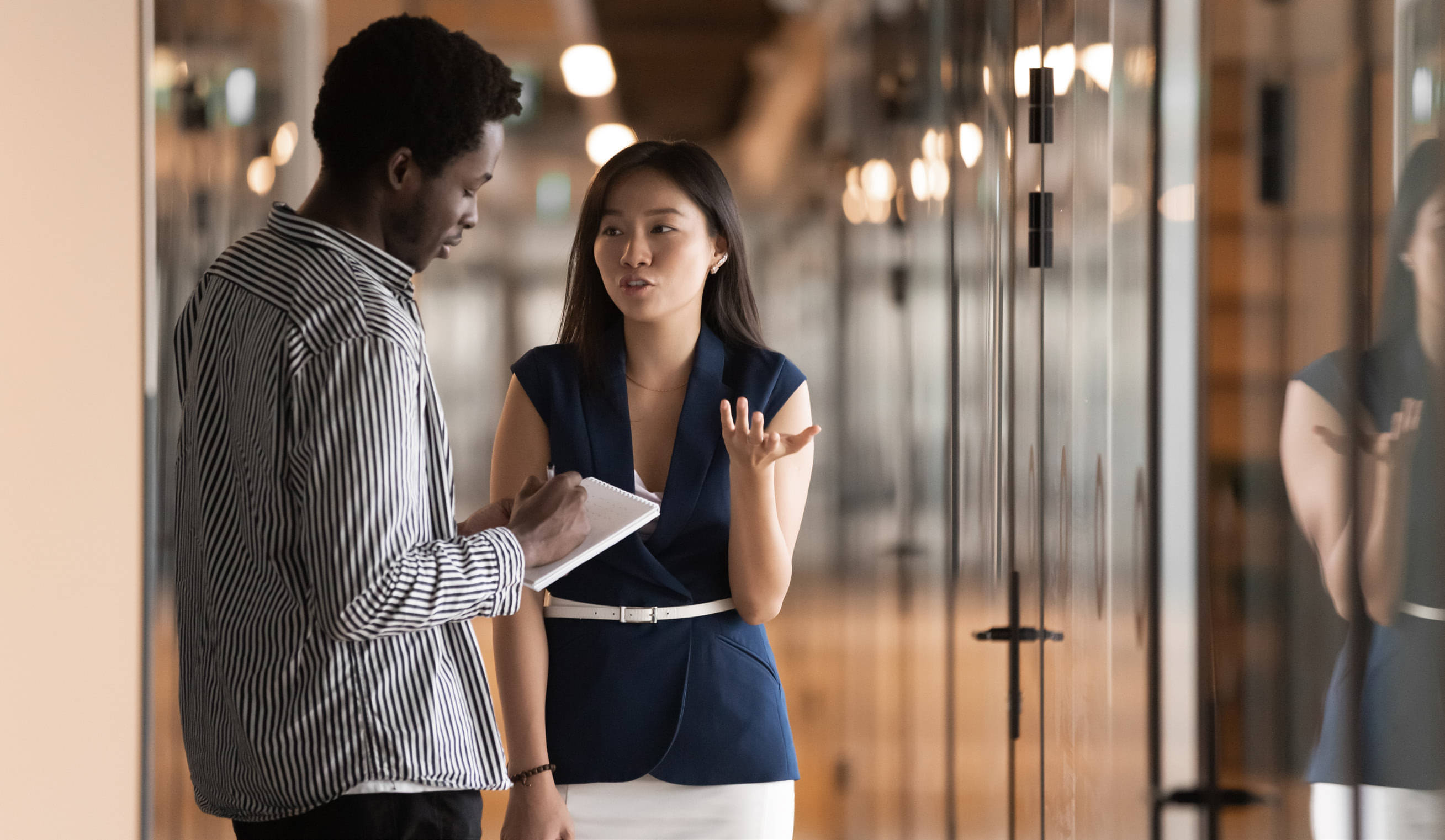 That’s not necessarily the case, though. The open offices that have found favor with so many workplaces can actually hinder interaction. A study by The Royal Society found that the more people could see their colleagues, the less they talked to them about work and the more they took to written communication. After converting to an open office environment, employees in the study sent 56 percent more in-office emails over 15 days, received 20 percent more such emails, and were cc’d on another 41 percent.

Thompson said collaboration flows naturally when employees are aware of exactly what is required of them: They will then seek out and work with the people they need in order to achieve their goals.

As for that other worry about employees working from home—productivity—the preponderance of research about productivity has found that employees get far more done when they work from home. Anita Kamouri, vice president and cofounder of workplace service firm Iometrics, said despite the suboptimal conditions of working from home during this pandemic, employees surveyed by her firm reported being less distracted and better able to focus at home.

Katharine Zaleski, co-founder, and president of recruiting platform Power to Fly, said to bear in mind that coping during COVID-19 is not what remote work is like traditionally. “Remote work is the option to be able to work from anywhere that makes you more successful as a person overall, and that’s just really important to remember because that’s getting lost in this crisis,” she said.

A month after the Yahoo policy was announced, Mayer admitted at the Great Place to Work conference that while people are “more collaborative and innovative when together,” they’re more productive when they’re alone. In an interview with us, Gernot Wagner, a climate economist at New York University, added that the largest benefit of employees working from home is a happier, more productive workforce.