Pirating ‘Game of Thrones'? That File Is Probably Malware 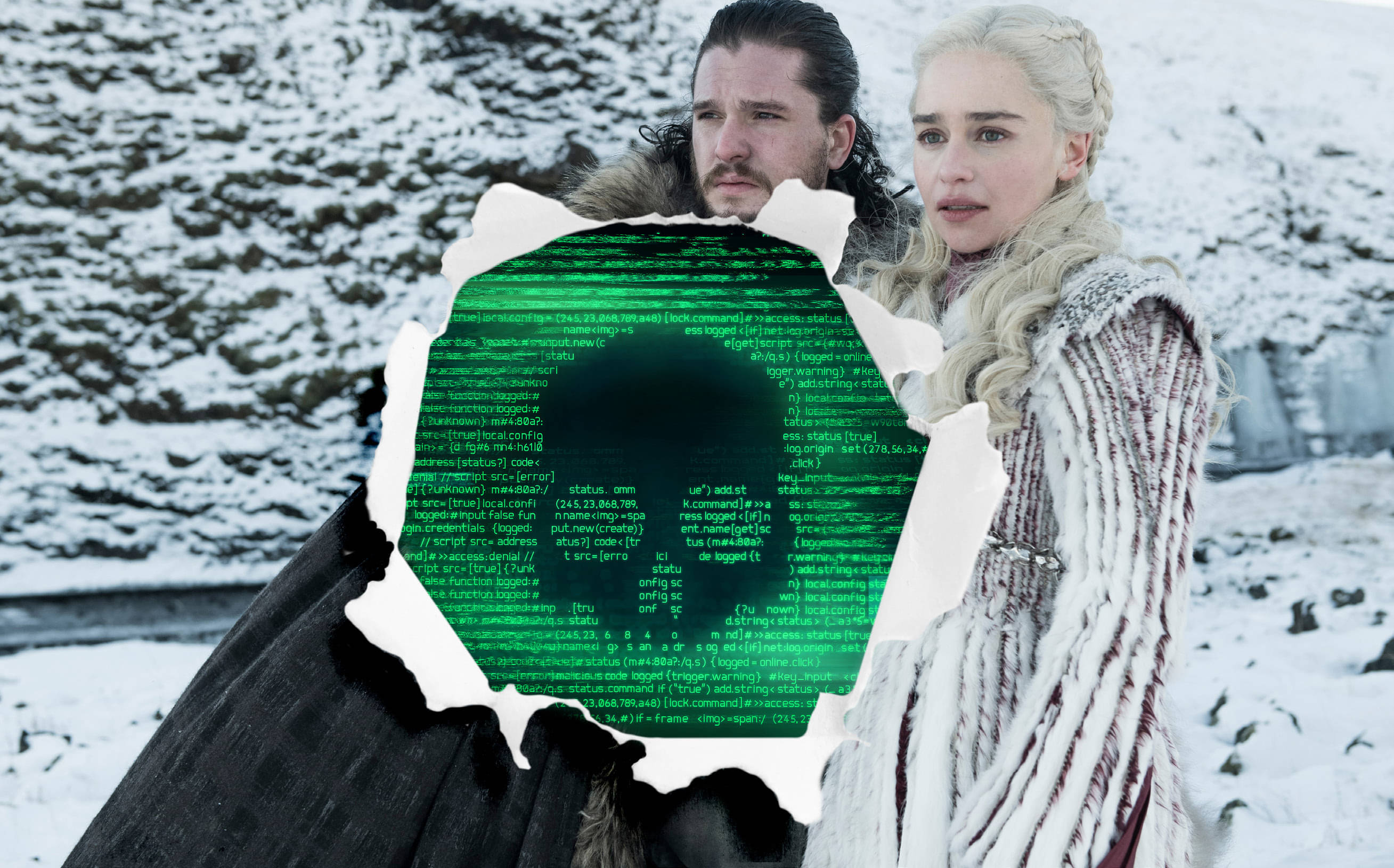 Pirated versions of Game of Thrones, The Walking Dead, and Arrow can sometimes contain a nasty surprise: They’re among the shows most commonly used as bait to secretly install malware on your computer.

Security firm Kaspersky Lab ranked the top 15 pirated TV shows most likely to contain malware. Number one on the list was Game of Thrones, even though the HBO fantasy series hasn’t released a new episode in over a year.

“Game of Thrones accounted for 17 percent of all the infected pirated content in 2018, with 20,934 users attacked,” the antivirus vendor said. “The first and the last episodes of each Game of Thrones season we analyzed turned out [to be] the most dangerous.” 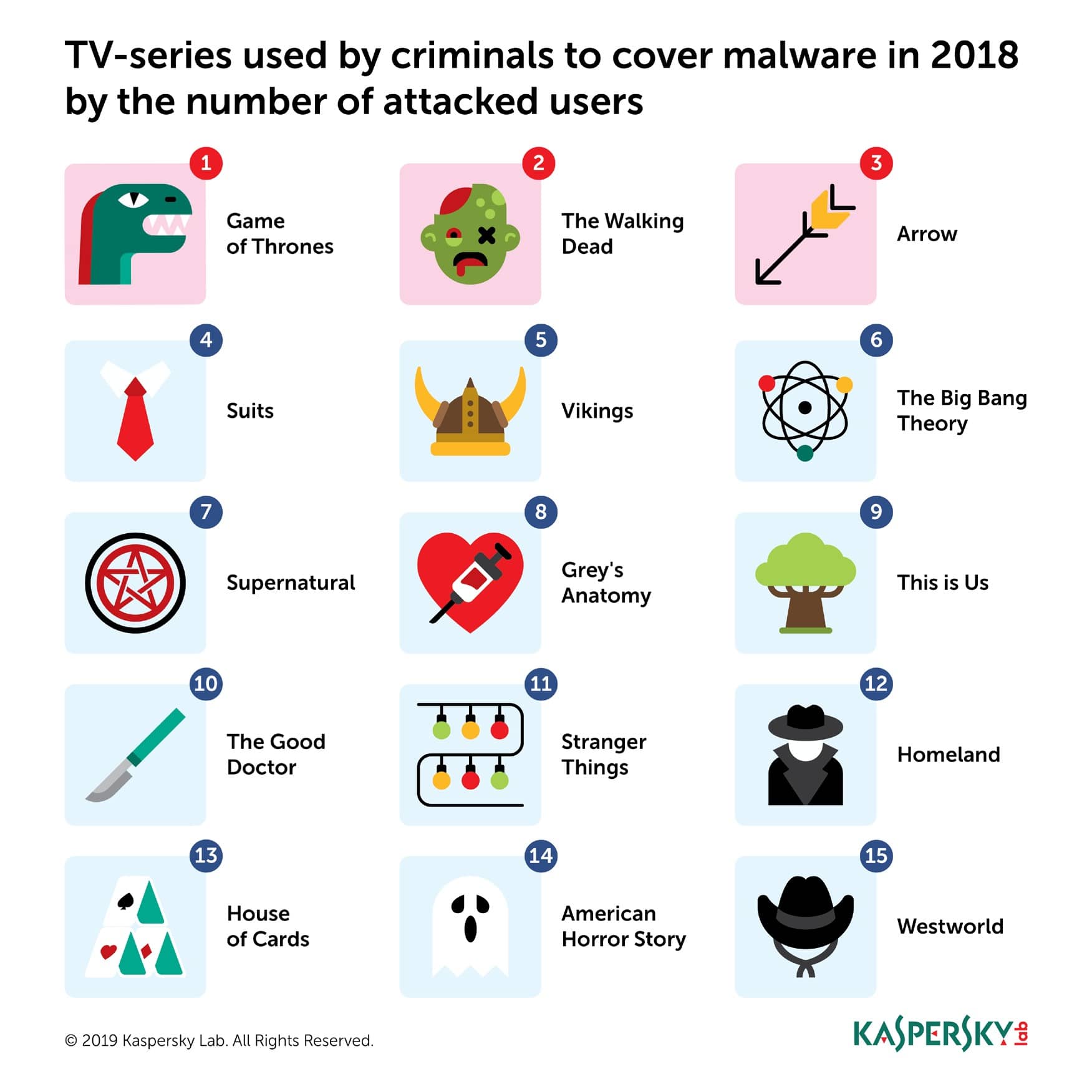