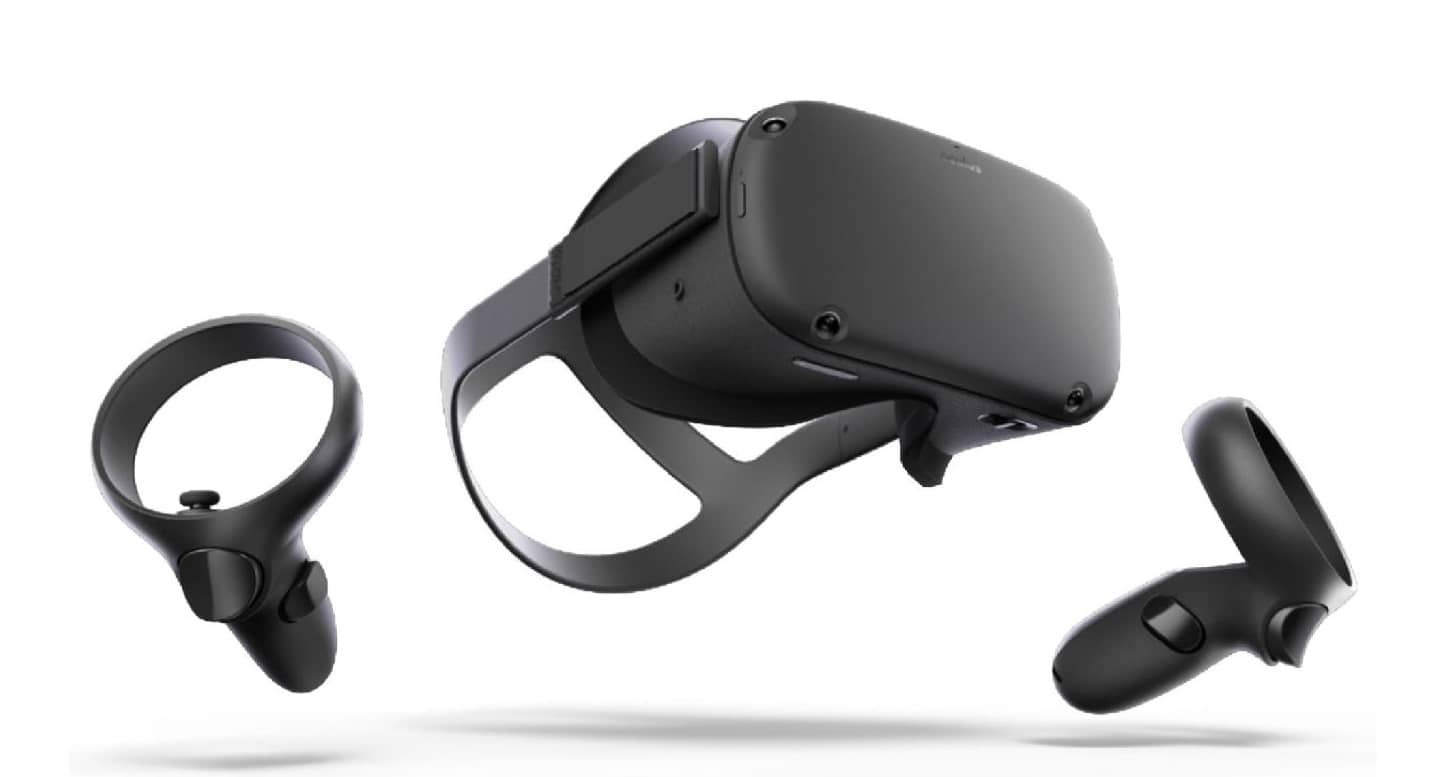 Virtual reality has a Goldilocks problem. On one side, you have tethered headsets with all the processing power and position tracking you need to create an immersive virtual experience—but they’re expensive and require awkward cables to physically connect you to a computer or game console.

On the other side are mobile and standalone headsets that don’t need any wires and cost much less than tethered headsets—but they have only a fraction of the graphical power and much more limited motion tracking than tethered models. Oculus covers both of those bases with the Rift (and now the Rift S) for tethered VR and the Oculus Go for standalone VR. Both embody the typical limits of their categories.

But now there’s the Oculus Quest, a standalone VR headset that embodies the best of both worlds. It doesn’t require a separate computer like the Rift and Rift S do, but it also isn’t limited to just orientation and motion-sensing with a single controller like the Go or the Lenovo Mirage Solo. Outward-facing cameras track the position of the headset and both Oculus Touch controllers, providing full room-scale VR with no wires. At $399 (for 64GB of storage; a 128GB version is available for $499), it costs twice as much as the Oculus Go and as much as the Rift S, and it solves most of the problems with both. The Oculus Quest is the ideal introduction to VR headsets, offering everything you need for an immersive virtual reality experience, and it earns our Editors’ Choice. 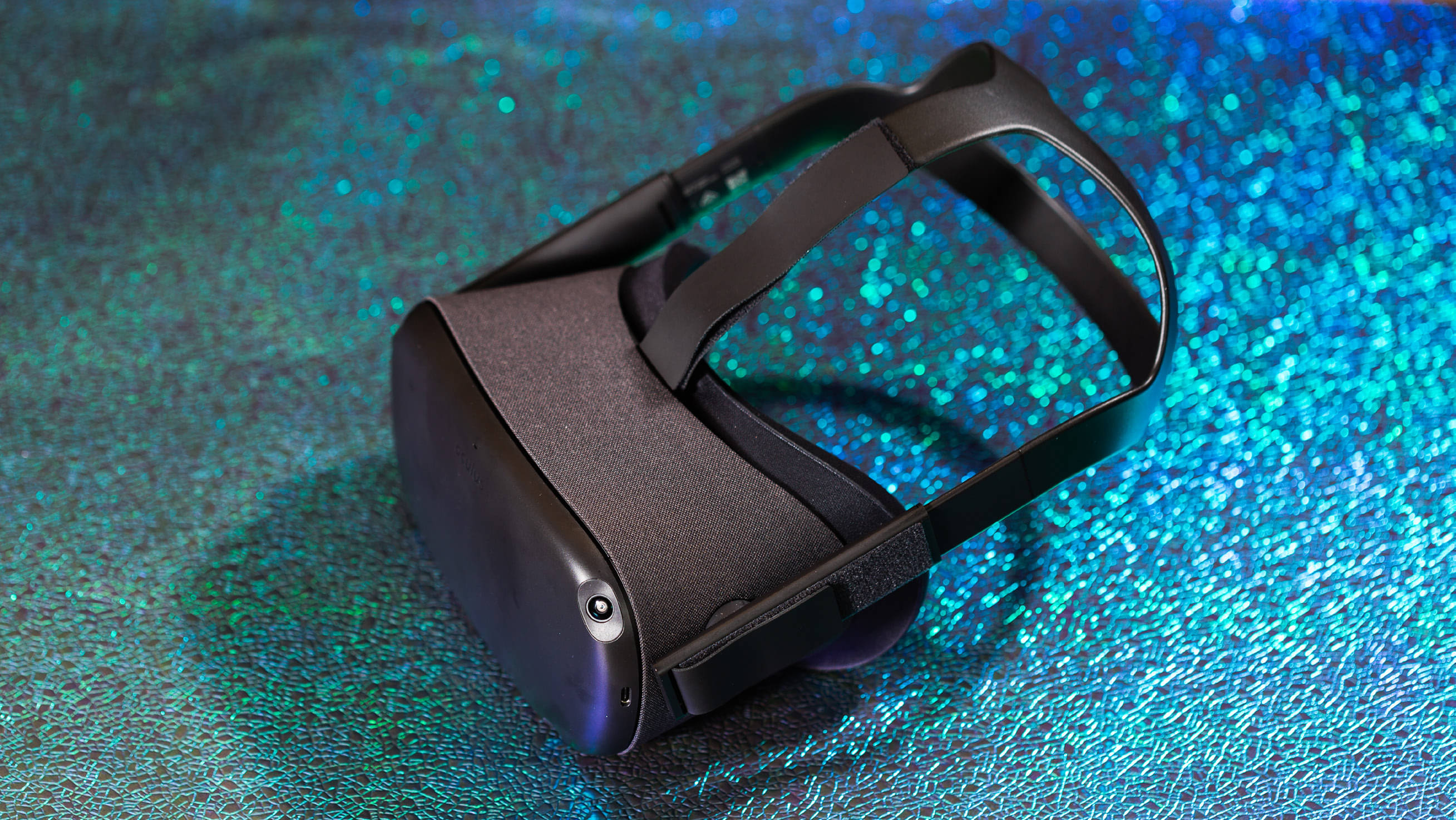 The Oculus Quest looks like a cross between the Oculus Rift and the Oculus Go. Like the Rift, it has a curved matte-black plastic front panel and a three-strap harness setup that forms a large oval to cradle the back of your head. Like the Go, it has fabric sides and an open speaker system that directs sound to your ears instead of on-ear headphones that attach to the sides of the headset.

Like Windows Mixed Reality headsets and the Rift S, the Oculus Quest has four cameras arranged on its front edges. These let the Quest monitor your position and surroundings, working with built-in motion sensors to provide six-degrees-of-freedom (6DOF) head tracking.

A power button sits on the left side of the faceplate, mirrored by a USB-C port for charging the headset on the right side. 3.5mm headphone jacks rest on either side of the Quest below the pivoting mount where the straps connect. The underside of the headset holds a volume rocker and a focus lever. 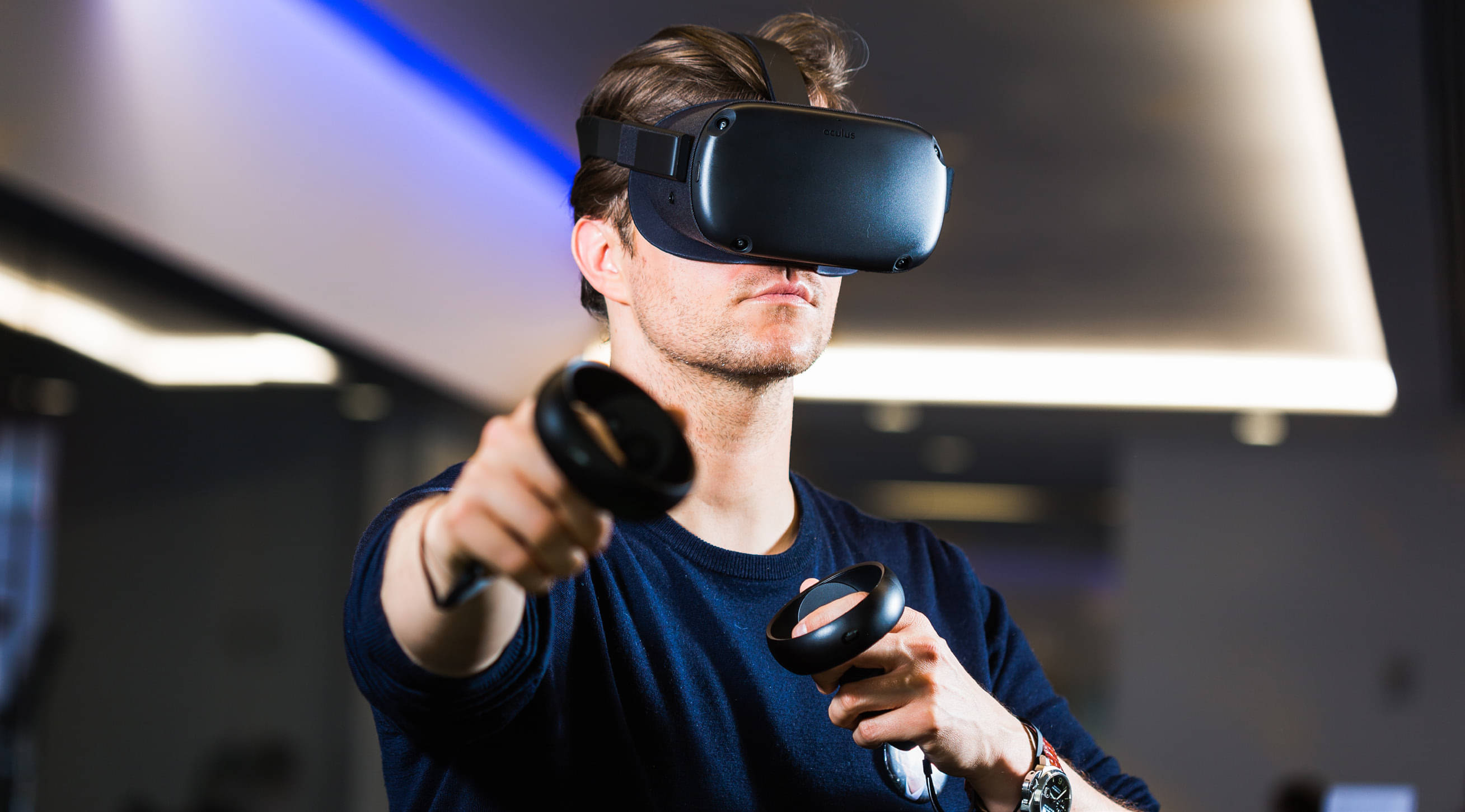 Both the Quest and Rift S use Oculus’ new Touch controller, a redesigned version of the 6DOF motion controller offered with the first Rift. The Quest includes a pair of these controllers, a notable upgrade from the single three-degrees-of-freedom (3DOF) remote included with the Oculus Go. The new model is smaller and lighter than the original Touch version but includes all the same features and design elements. They feel light and comfortable in the hand and provide both conventional gaming controls up top and grid mimicking triggered controls below.

The Quest is surprisingly light at 1.3 pounds. While that weight is, of course, front-loaded into a plastic box you strap to your face, the harness distributes it fairly comfortably. The hook-and-loop fasteners of the straps aren’t quite as easy to adjust as the ratcheting wheel found on the back of the Rift S and the Sony PlayStation VR, but they’re secure and comfortable once you get a proper fit. Fabric-covered foam padding on the face mask helps reduce pressure on your forehead and nose.

The Quest is significantly more powerful than the Go, though as a standalone headset, its graphical capabilities still can’t reach the levels of performance and detail a tethered headset powered by an expensive gaming PC can offer. The Quest packs a Qualcomm Snapdragon 835 VR processor, a big step up from the Go’s Snapdragon 821. Its OLED display provides 1,440 by 1,600 resolution to each eye, as high as the HTC Vive Pro and higher than both the Go and the Rift S (1,280 by 1,440), though at a slightly lower refresh rate than the Vive Pro and Rift S (72Hz to 90Hz and 80Hz, respectively).