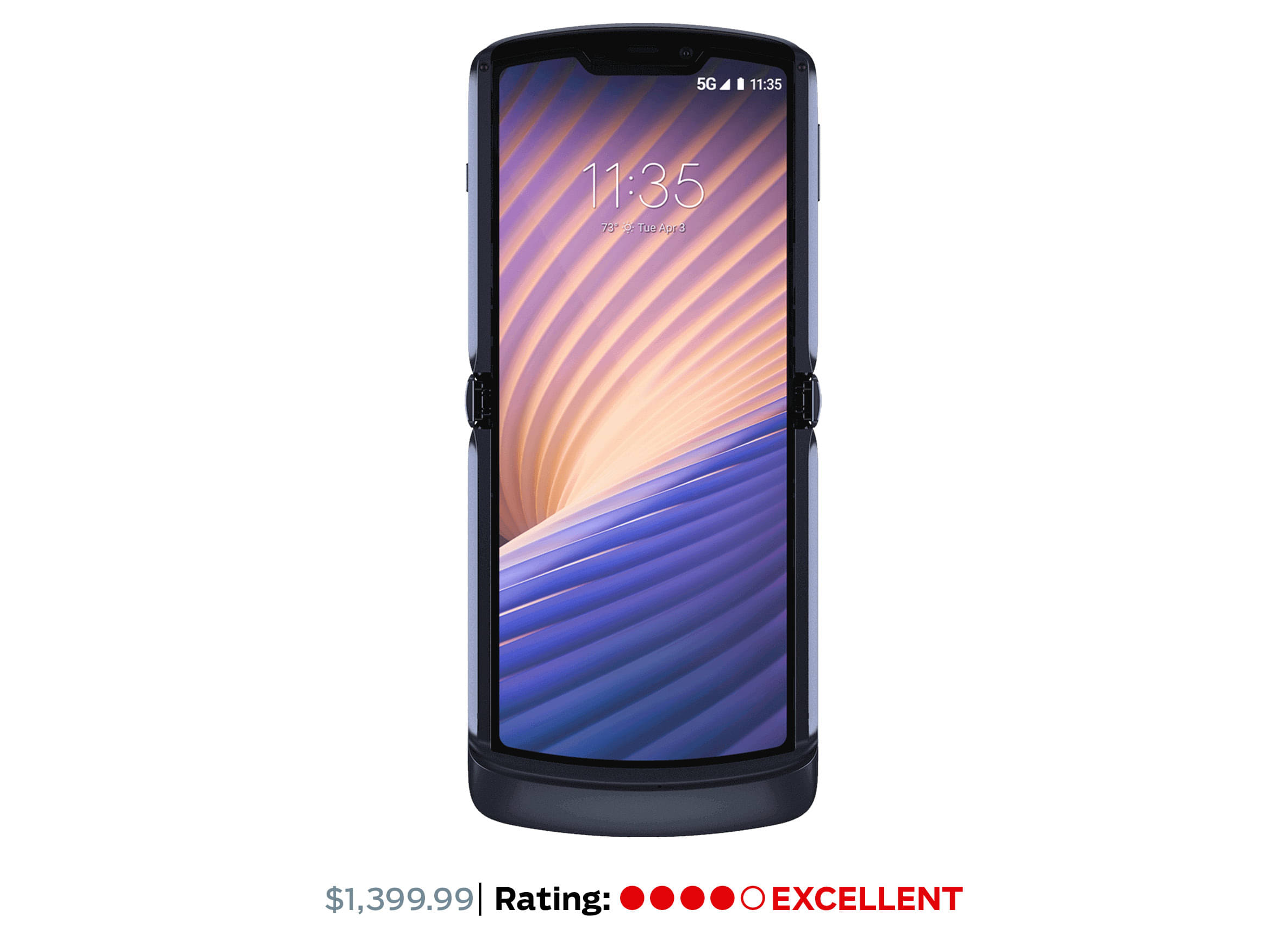 Motorola revolutionized the mobile phone industry in 2004 when it launched the Razr. Almost overnight, the sleek clamshell phone became a status symbol and gained a dedicated following until Apple’s iPhone and a host of other smartphones hit the market.

Moto brought it back briefly in the early 2010s with a line of slab-style Droid Razrs, before reuniting it with its rightful folding form factor earlier this year. While the new Razr 5G definitely turned heads, it was met with mixed reviews (including our own) and a healthy dose of skepticism after Samsung’s problems with the Galaxy Fold. Months later, the folding phone trend shows no sign of stopping, and Motorola is back with the Razr 5G.

Can the Razr 5G muster up the same enthusiasm as the OG model? Possibly, though even Motorola’s Doug Michau said the form factor isn’t for everyone—and until I used the new phone, I wasn’t sold on it myself. But the Razr 5G is different from most of the foldable out there right now, as it doesn’t attempt to do double duty as a tablet or a laptop replacement. And it fixes nearly every issue we had with its predecessor, for a lower price. While it’s still pretty expensive at $1,399.99, it costs a lot less than the $2,000 Samsung Galaxy Z Fold 2, which is the only other folding phone we currently recommend. 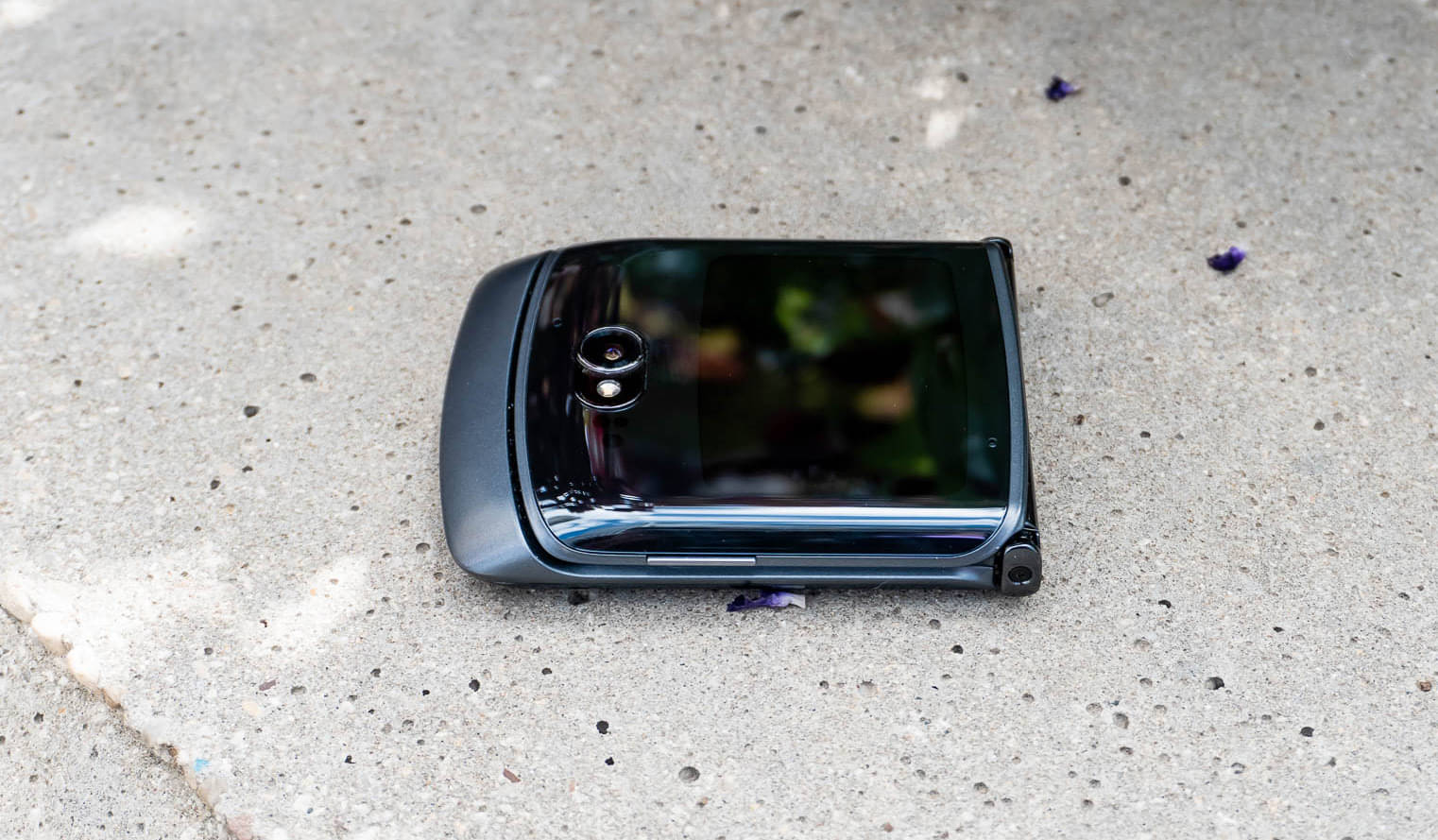 BRINGING BACK A CLASSIC (AGAIN)

The Motorola Razr 5G is a handsome phone. The boxy design and sharp edges of the previous model have been replaced with curved glass, aircraft-grade aluminum, and a svelte chin bezel. It actually looks like a clamshell, unlike the clunky Galaxy Z Flip, which looks more like Samsung simply threw a hinge and flexible display into a regular smartphone.

CONS No IP rating. Battery life could be better.

BOTTOM LINE The Motorola Razr 5G is a stylish folding phone that improves on its predecessor in every way.

Folded, the Razr 5G measures 3.6 by 2.9 by 0.6 inches (HWD) and weighs 6.7 ounces. While we fretted over the possibility of pinched fingers from the hinge on the previous model, I purposely tried to make it happen for over half an hour this time, and I think it’s safe to say this hinge is pinch-free.

Speaking of the hinge, Motorola says it made some minor alterations to make this model feel more like the Razr from the early 2000s. It’s easy to open with one hand, and it closes with a satisfying snap. Perhaps best of all, I’ve opened and closed the phone at least a thousand times at this point without experiencing the creaky noise that plagued the previous model.

It’s also worth noting the Razr 5G’s hinge has two positions: open and closed. There’s no Flex Mode like on the Galaxy Z Fold 2 or the seemingly limitless variations offered by the Microsoft Surface Duo. You can’t use the Razr 5G as an ebook, or a tablet, or a very tiny laptop; it’s a phone, plain and simple.

I tested the dark-gray model, which does a pretty good job of resisting fingerprints. You can see some smudges in direct sunlight, but they’re not nearly as egregious as on many other glass phones.

The power button is on the left side of the phone, and the volume rocker is found on the right. The unsightly fingerprint sensor on the chin of the previous model has been moved to the back, which is a much better spot. A USB-C port and speaker sit on the bottom; the phone has no headphone jack, but Motorola includes a USB-C headphone adapter in the box. The lack of stereo sound feels like a missed opportunity, especially since Motorola often uses the earpiece as a top-firing speaker in other phones.

The outside of the Razr 5G is home to a 2.7-inch, 800-by-600-pixel Peek Display and a 48MP camera. The display is essentially the same as on the last model, but it’s way more functional thanks to some software modifications. In addition to the basics, such as date, time, and notifications, you can now access your favorite apps, reply to texts and notifications, and use Google Assistant without needing to open the phone.