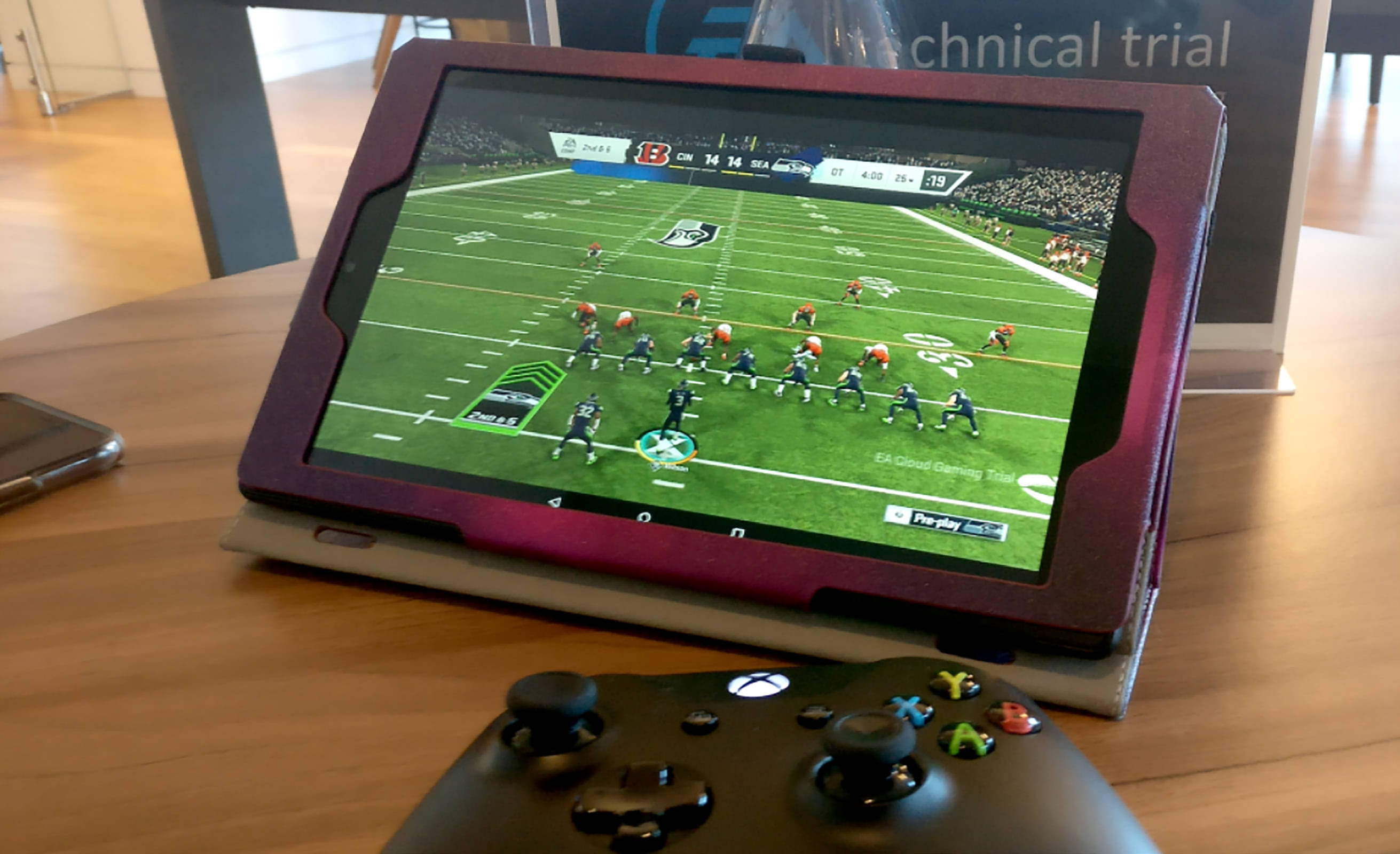 The most intense video games usually require expensive hardware to run smoothly—an Xbox One, PlayStation 4, or PC with a powerful graphics card.

But I recently played Madden NFL 20 and several other high-profile titles on, of all things, an Amazon Fire tablet. And the gameplay was console-smooth, processed in a remote Amazon Web Services data center, and streamed to the tablet via Wi-Fi. All that was required was the EA app on the Android tablet.

That’s the promise of EA’s upcoming cloud-gaming service: You can game on any device, as long as you have a stable internet connection. About a year ago, the company teased the service as part of Project Atlas, an ambitious effort to offer cloud and AI technologies to power the game industry. EA remained relatively quiet on its progress until September, when it began recruiting gamers to test Project Atlas’ cloud-gaming service on PCs.

I tried Project Atlas on a variety of devices, including several TVs, a Windows laptop, and a Mac computer, in addition to the Android tablet. And overall, I was pretty impressed.

When you think of cloud gaming, the natural inclination is to worry about lag and the graphics stuttering into a hazy mess. But I didn’t notice any slowdowns as EA streamed games to an LG Smart TV and a separate display connected to an Amazon Fire TV Stick.