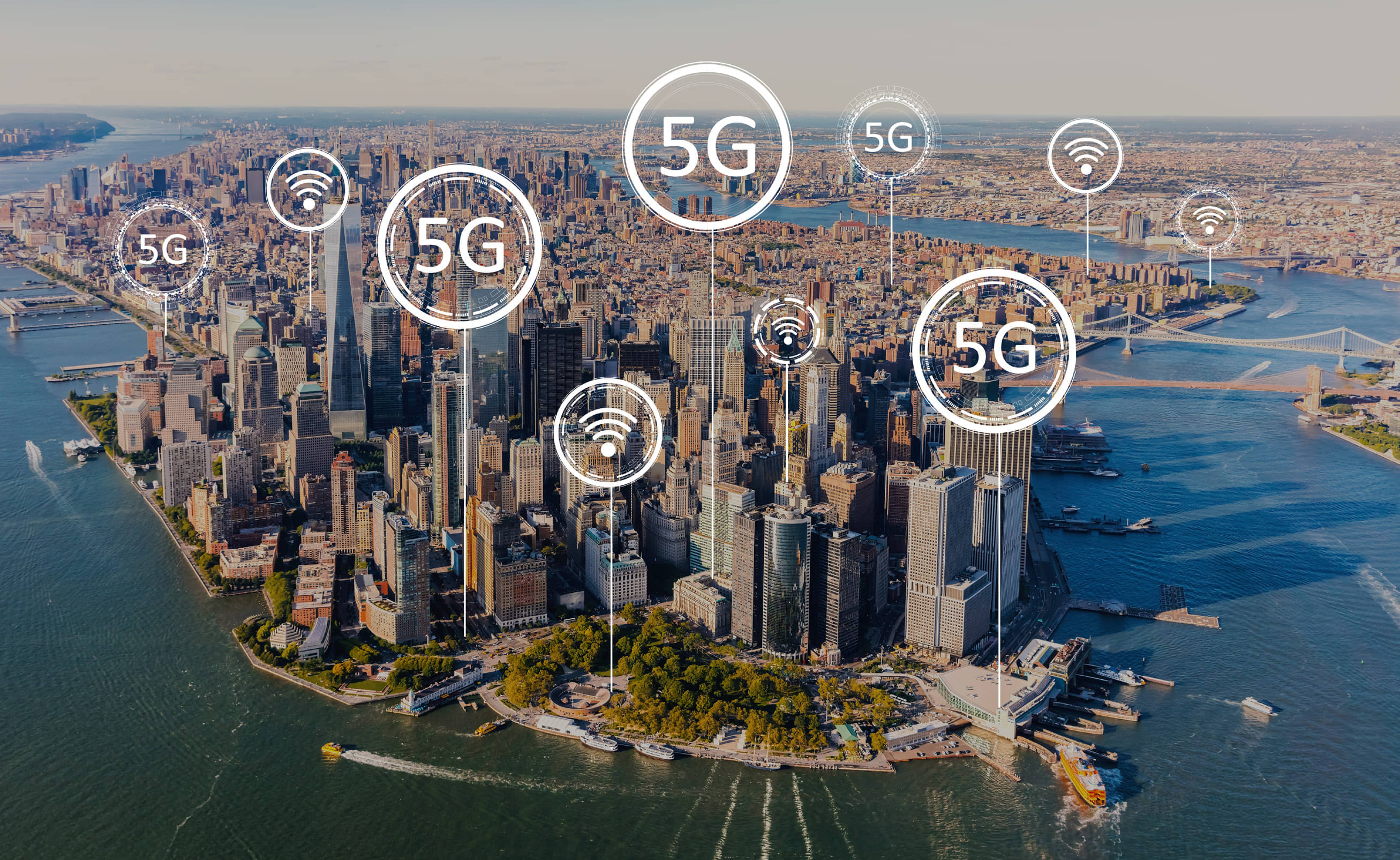 5G has hit Broadway, but think of it as being in previews.

Now that both Verizon and Sprint offer 5G service in New York City, I set out to chart how they’re doing. I walked around several neighborhoods on Friday, October 11, to see whether Sprint’s 5G offers an experience worthy of the name. I also made maps of Verizon’s mysterious, unmapped 5G network.

I used a OnePlus 7 Pro 5G phone for Sprint and a Samsung Galaxy Note 10+ 5G for Verizon. I used Ookla field test software, which ran a speed test every two minutes, along with a routine that captured the network indicator in the status bar every minute. I spot-checked the software and visual network indicators against the phone’s service mode screen.

On all the images in this story, the orange dots are 5G; blue dots are 4G.

Verizon’s millimeter-wave 5G approach offers spectacular speeds and capacity, often above 1Gbps, but not very much coverage since the cell sites only have 600- to 800-foot radiuses. Verizon first launched in April in Chicago and Minneapolis, and has since been filling in the downtown areas of both cities—as well as 10 others.

But the company’s lack of coverage maps has been leading it to overpromise coverage by specifying broad neighborhoods where it hasn’t fully built out. In New York, Verizon promises coverage in “parts” of “Midtown, Financial District, Harlem, East Harlem, Hell’s Kitchen, and Washington Heights” in Manhattan, as well as neighborhoods in Brooklyn and the Bronx. In my testing, I found “parts” to mean as little as two blocks of a large neighborhood. If it can’t cover full neighborhoods, Verizon should specify exactly which blocks have service. 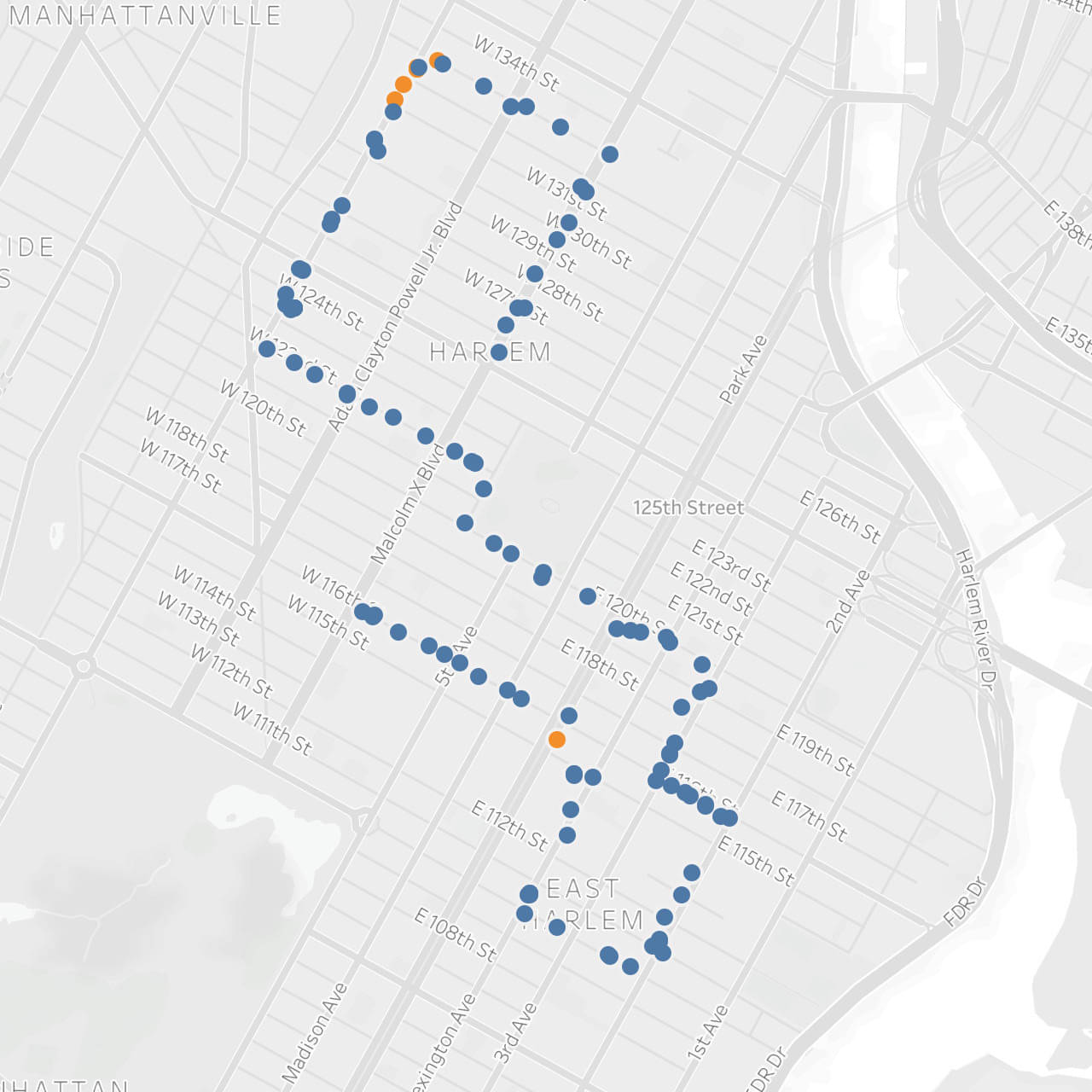 In my walk around Harlem, I found Verizon 5G on only a five-block stretch of Eighth Avenue. In East Harlem, it was just at one spot at 116th Street and Park Avenue. When I did get Verizon 5G coverage, though, speeds were amazing. In Harlem, I saw speeds of 1.2Gbps and 1.4Gbps. 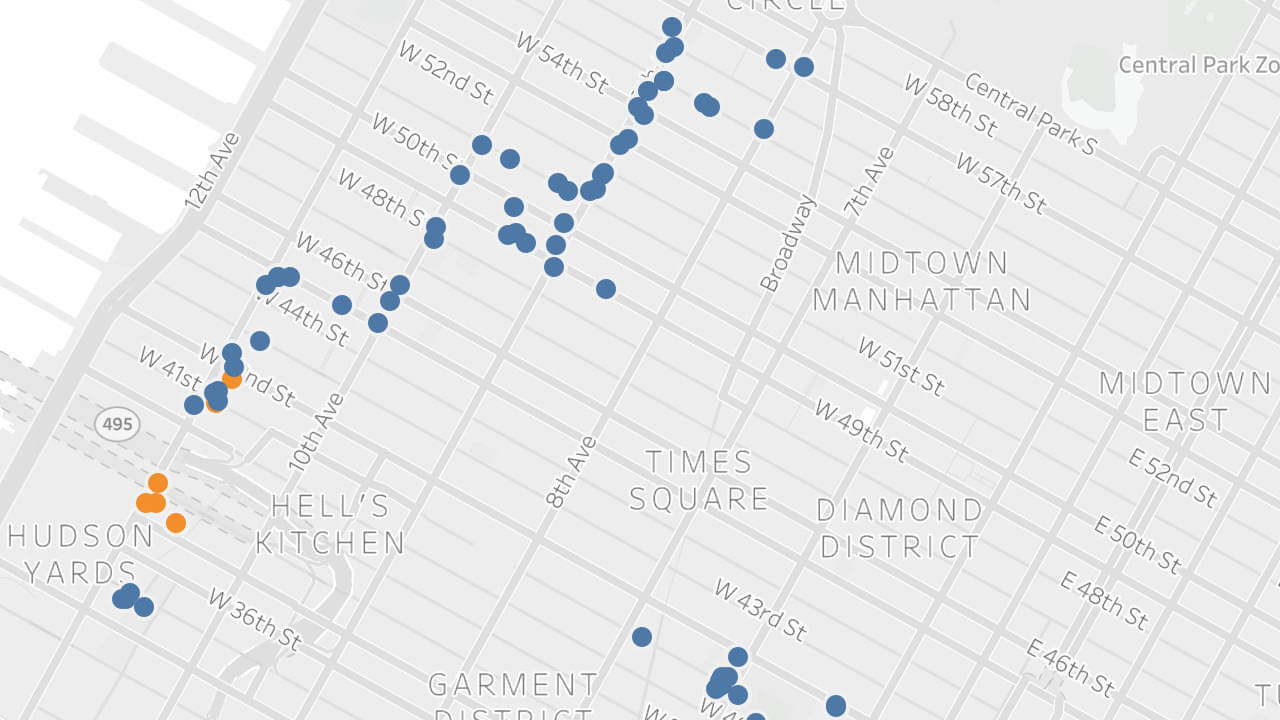 In Hell’s Kitchen, the only 5G sites seemed to be around the Jacob Javits Convention Center and at 42nd and 11th. These are big neighborhoods; the maps speak for themselves.