Aside from its classic in-house films, Disney probably owns a few other entertainment properties you care about, among them Pixar and Marvel. Disney+, the company’s new video streaming service, delivers the vast majority of the content it owns in attractive interfaces with competitive features such as 4K streaming, offline downloads, and personalized recommendations.

Although Disney+ suffered some launch day connectivity problems, it now performs without issue in our testing. Disney+’s initial release is already competitive with top services and will only grow stronger as it's content offerings expand.

WHAT CAN YOU WATCH ON DISNEY+?

Disney has been a major media player for a long time, and lately, its rate of growth has really shot up. The company’s acquisition of 21st Century Fox adds a substantial number of shows and movies to Disney’s arsenal, though not all of Fox’s titles are available to stream on Disney+ yet. Still, the service currently features around 7,500 TV episodes and over 500 movies with more original content on the way.

On the TV side, Disney+’s library comprises a combination of existing shows and upcoming originals. Older Disney shows on the platform include Even Stevens, Gravity Falls, Kim Possible, Lizzie Maguire, Phineas, and Ferb, That’s So Raven, and The Suite Life of Zach and Cody. The Simpsons is also available, but other animations such as Bob’s Burgers, Family Guy, Futurama, and King of the Hill are currently not, likely due to existing streaming rights. 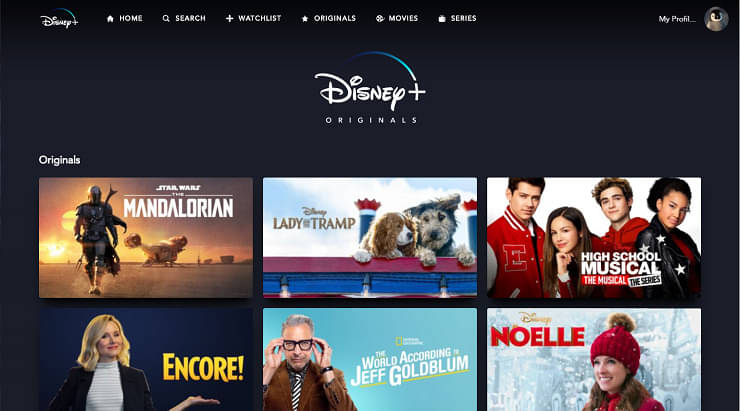 Apart from those fan favorites, Disney+ offers originals such as Encore!, High School Musical: The Musical: The Series, Marvel’s Hero Project, The Mandalorian, and The World According to Jeff Goldblum. Disney+ has announced other original series, such as Loki (and several other Marvel titles), Monsters at Work, and Timmy Failure, but those shows are not yet available.

The majority of Disney+’s originals are firmly within existing franchises, which seems deliberate and perhaps like an excessively safe decision. I would like to see Disney’s creativity move further outside the bounds of its existing content stable. Amazon, Netflix, and even Apple TV+, despite its somewhat disappointing launch titles, all attempt to tell new, compelling stories.

Netflix’s Stranger Things, Amazon Prime Video’s The Marvelous Mrs. Maisel, and Apple TV+’s For All Mankind are among the many examples of stellar original show concepts. I am also disappointed that only a single episode of each original series was available when we tested, since this likely means that Disney will release episodes on a staggered schedule rather than all at once. CBS All Access and Apple TV+ employ a similar strategy; this forces consumers to maintain a subscription for the duration of a show’s release cycle. 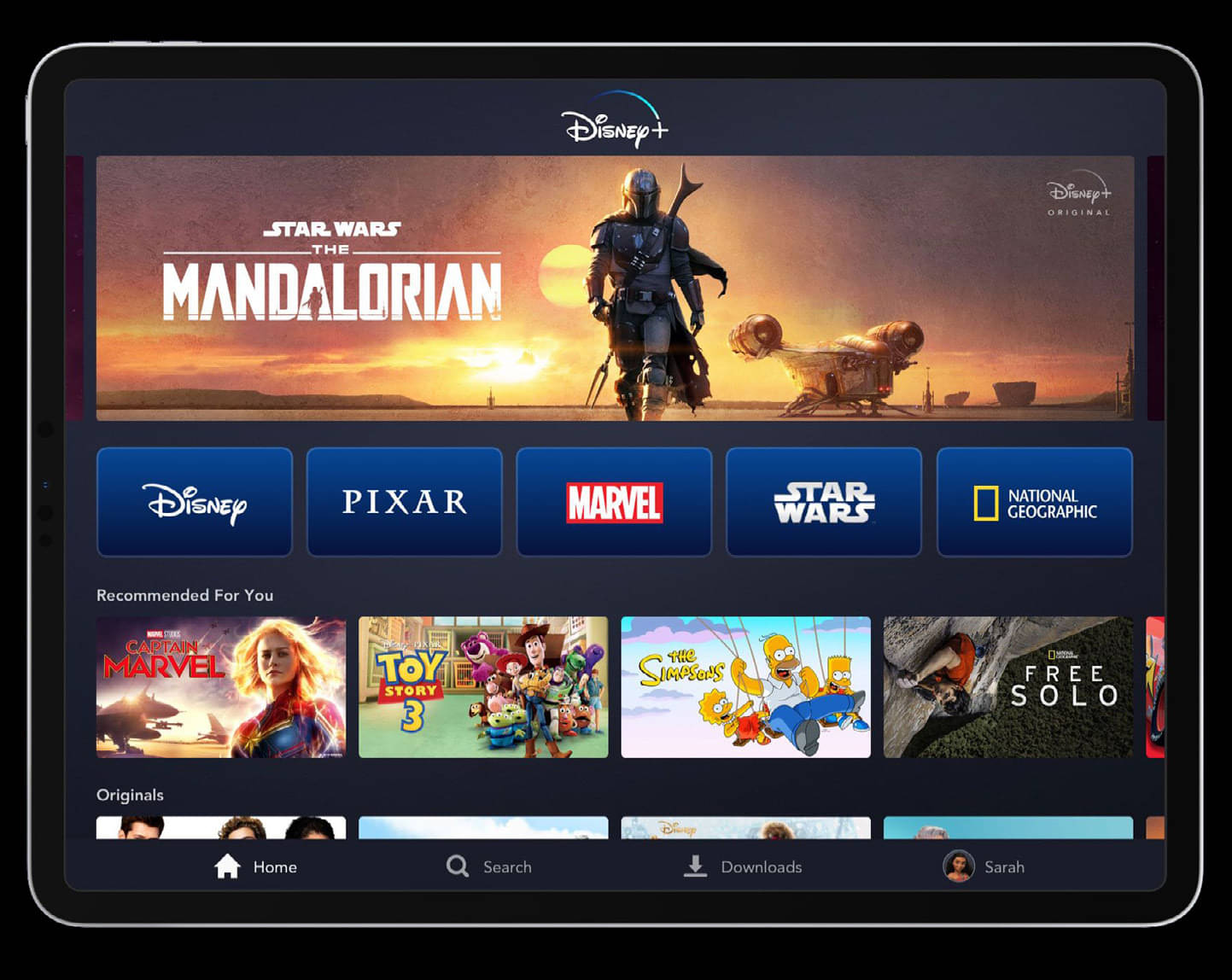 The Disney+ movie library doesn’t surpass those of Netflix, Hulu, and Amazon Prime in volume, but if you or your kids are fans of Disney classics, Pixar animations, Star Wars films, or Marvel movies, Disney+ is the way to go. Disney’s library of movies is more consistently high-quality than most other video streaming services.

A few of the popular live-action movies on Disney+ include Avatar, Honey I Shrunk the Kids, Miracle on 34th Street, Pirates of the Caribbean: The Curse of the Black Pearl, Remember the Titans, The Sandlot, and The Sound of Music. Classic Disney animations include Aladdin, Bambi, Fantasia, Frozen, Lilo & Stitch, Moana, Mulan, Oliver and Company, Peter Pan, Snow White, and the Seven Dwarves, Tangled, The Emperor’s New Groove, The Jungle Book, The Lion King, The Nightmare Before Christmas, and Zootopia. Among the Pixar movies on the service are Brave, Cars, Finding Nemo, Inside Out, Monsters Inc., Ratatouille, The Incredibles, Toy Story, and WALL-E.