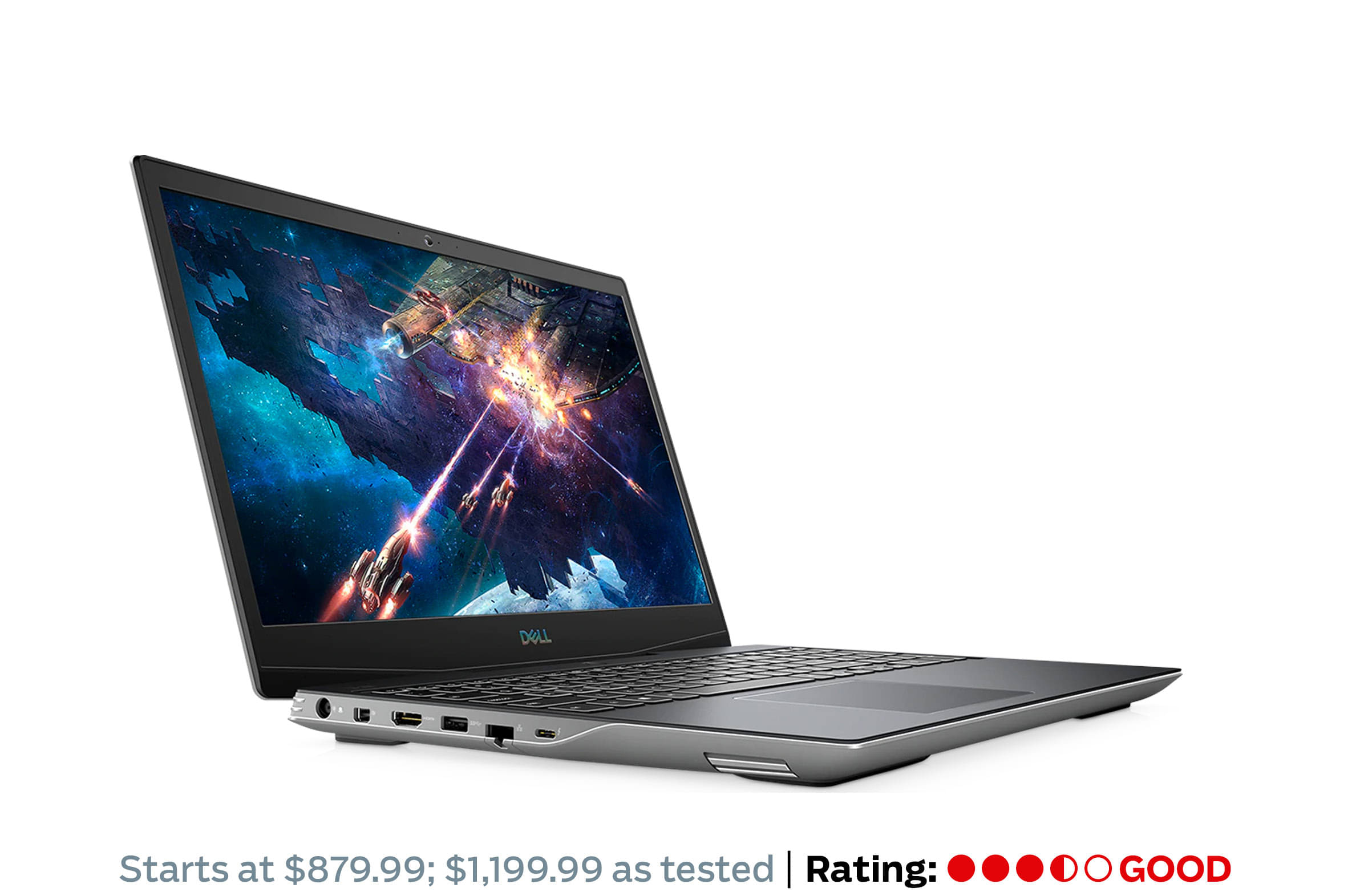 The market for budget gaming laptops is ultra-competitive these days, with the latest components from AMD, Intel, and Nvidia allowing for better performance than ever at lower prices.

MATTHEW BUZZI
The 2020 version of the Dell G5 15 SE goes with AMD for its CPU and GPU, delivering great multimedia and decent gaming performance at a reasonable price. It’s a tight field, though, and the G5 15 SE may not do quite enough to separate itself from the pack. The design is a bit basic and hefty; gaming frame rates don’t hang with those from like-priced Nvidia-based laptops; and the storage capacity is restrictive. It’s a pretty good gaming laptop on the whole, but we prefer the Acer Predator Helios 300 at the same price, and the MSI GL65 9SC as a less expensive value option.

A STURDY BUILD, AND DESIGN THAT BLENDS IN

The G5 15 SE is a pretty modest-looking laptop, featuring a few design flourishes without screaming that it’s a gaming rig. Most of these flourishes can be found on the lid—silver with two vertical lines and a shiny Dell logo in the center. Other than that, the notebook is basic-looking, with gray plastic on the bottom panel and a plain black keyboard deck. While I’m not asking for garish gaming colors, I find the design a bit boring, but others may appreciate the restrained look that can blend in anywhere.

In terms of size, the G5 15 SE is also pretty standard. Most laptops, even potent gaming machines, have gotten thinner and lighter in recent years, but the G5 doesn’t fully follow this trend. It’s not bulky, but at 0.85 by 14.4 by 10 inches and 5.5 pounds, it hardly qualifies as thin and light.

This isn’t entirely surprising among budget rigs— making a laptop slim and sleek is costly, and the money is better spent elsewhere to prioritize getting you a better deal on features and performance—but it is a bit heftier than some competitors. The Predator Helios 300 measures 0.9 by 14.2 by 10 inches, while the MSI GL65 9SC comes in at 1.1 by 14.1 by 9.8 inches, and each weighs 5.1 pounds.

None of this is to say the build quality is bad, however. The whole chassis is plastic, including the lid, but it’s very sturdy. The keyboard is satisfying to type on, with decent travel. The key caps feel a tad small, but at least this is done to accommodate a full number pad. The keys are backlit across four zones, allowing you to customize the lighting in each area. As for the touchpad, it’s basic and feels plasticky, but it’s serviceable with no real issues.

BOTTOM LINE A capable and affordable gaming laptop, the Dell G5 15 SE checks plenty of the right boxes. But some questionable design and feature choices keep it from standing out. 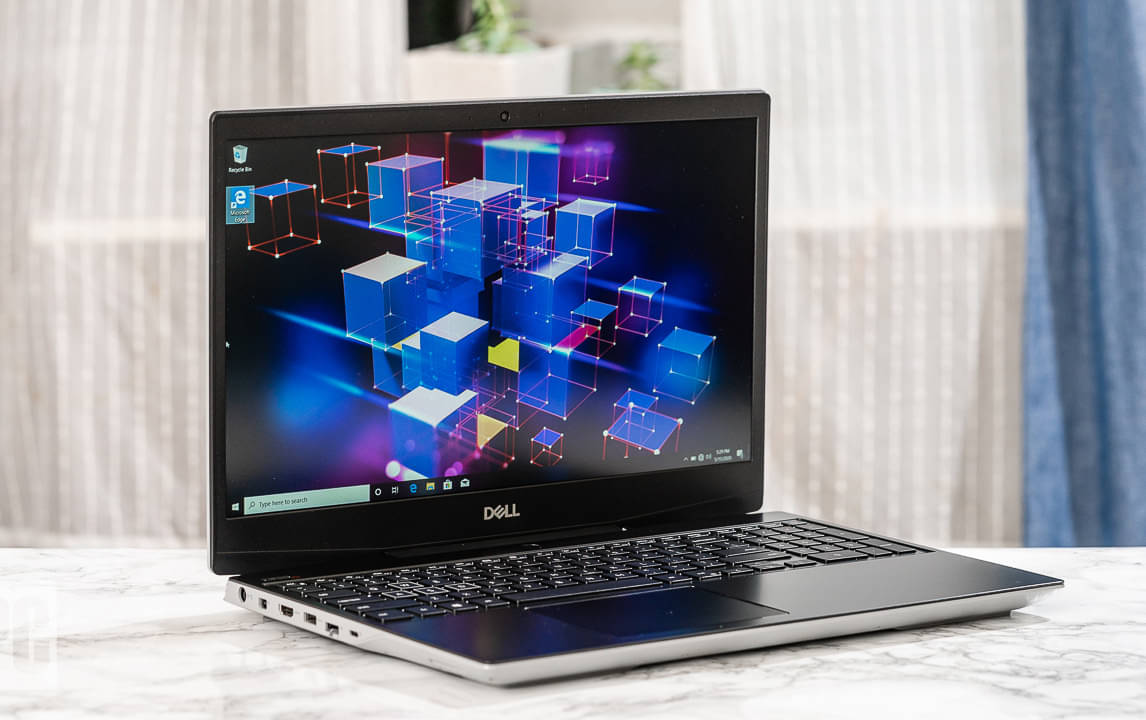 The display is about what you’d expect from an entry-level panel, though it’s not just the bare minimum. The resolution is full HD, which is a good fit for the more mainstream components inside. The most attractive extra is the 144Hz refresh rate on our model (the base version is 60Hz), which will allow for smoother-looking gameplay in certain titles. In AAA games, you won’t hit frame rates as high as 144fps, or likely even 100fps, but in competitive multiplayer games, this feature is a boon.

The screen is bordered by thin side bezels, which helps the laptop look sleeker. The bottom bezel is quite thick, while the top is somewhere in between, but it’s still a step up from the four-sided thick bezels of the past. The picture quality is good, and the screen gets plenty bright at its maximum setting.

Rounding out the physical build is the port selection, which is pretty strong. This includes one USB 3.0 Type-A port, two USB 2.0 ports, an HDMI connection, a mini DisplayPort, one USB-C port (with DisplayPort support), an Ethernet jack, and an SD card slot. With the possible exception of Thunderbolt 3, that’s everything most users will need, and the Ethernet port is a nice bonus for gamers who want a faster, more reliable connection.