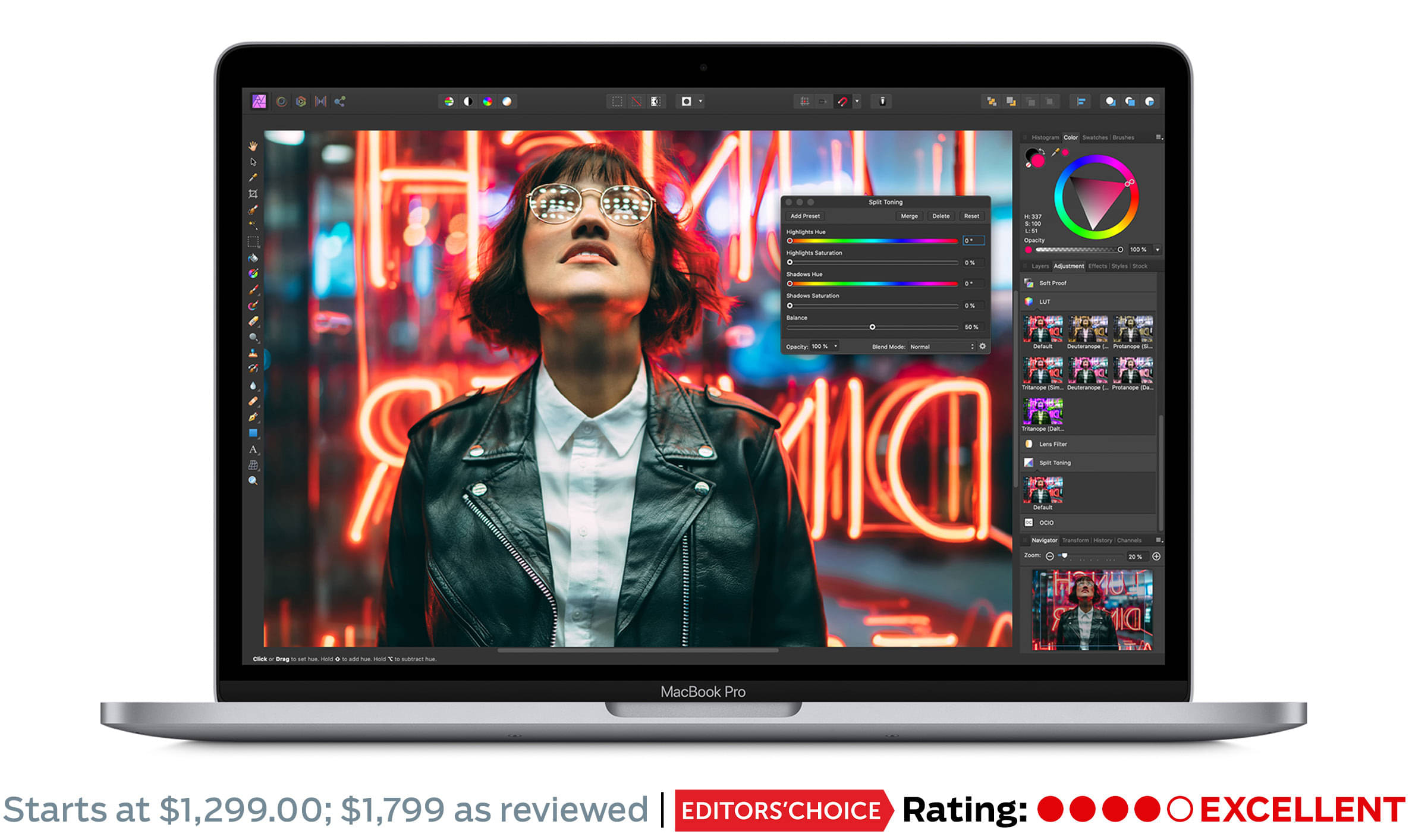 A controversial keyboard once present on every Apple laptop is now a thing of the past.

The new-for-2020 13-inch MacBook Pro was the last Mac notebook waiting to be updated with the new Magic Keyboard, following its introduction on the 16-inch MacBook Pro and the 2020 MacBook Air. The Magic Keyboard ditches the extremely shallow keys of the previous design, adding travel distance and stability in a bid to please people who type on their laptops all day long. Also new on our review unit are an updated 10th Generation Intel processor, faster memory, and more storage. The upgrades are nice if you can afford them, but most people will be satisfied with the base configuration instead, which retains our Editors’ Choice for the best Mac laptop.

Apple sells two main configurations of the 13-inch MacBook Pro. Physically, they’re nearly identical. Both have the Magic Keyboard and a thin touch-enabled mini-screen forward of the keyboard called the Touch Bar. They also share the same dimensions: 0.61 by 12 by 8.4 inches (HWD) and 3.1 pounds. The main way you can tell them apart from the outside is by the number of ports. The entry-level configuration ($1,299) has just two USB Type-C ports on the left side, but the upgraded version reviewed here ($1,799 ) offers an additional two USB Type-C connectors on the right, for a total of four.

On the inside, the differences are more significant. The entry-level configuration uses the same 8th Generation Intel Core i5 or Core i7 processors that powered the previous 2019 version of the 13-inch MacBook Pro. Our review unit features an improved 10th Generation “Ice Lake” processor, available in either Core i5 or Core i7 variants. In addition to a new CPU design, the 10th Generation chips bring benefits such as faster graphics processing and memory, which are unavailable on the entry-level MacBook Pro.

Expensive as configured. Limited port variety. No support for Wi-Fi 6. 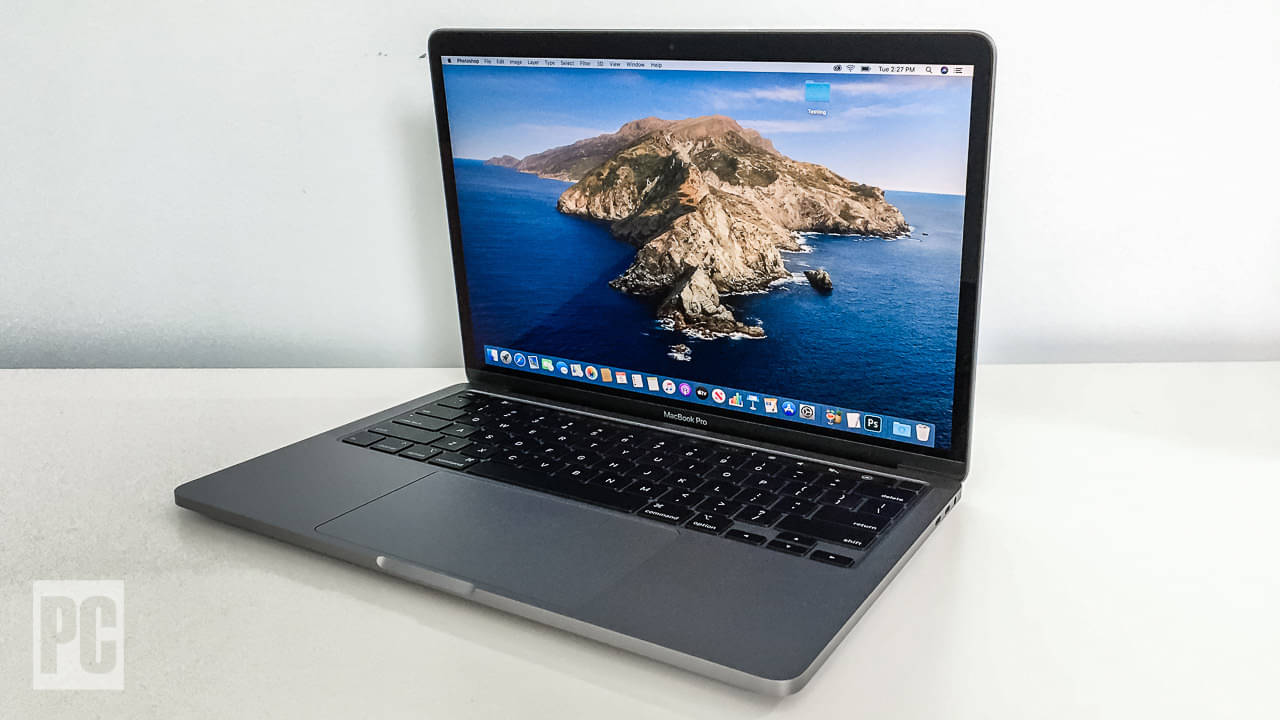 While the $1,799 configuration does offer modestly better performance, most Apple shoppers who need computing muscle should select the 16-inch MacBook Pro instead, with its more powerful Core i9 and discrete graphics processing. The main reason to upgrade to the 13-inch MacBook Pro is for improved typing comfort.

I find the Magic Keyboard to be at least as comfortable as the pre-2016 Apple keyboards and significantly more comfortable than the 2019 butterfly-style keyboard it replaces. The Magic Keyboard’s switches are made of two parts: a compressible rubber dome sits beneath the key cap to provide the key’s springiness and bounceback, and a scissor mechanism guides the movement, locking into the keycap at the top of travel to help prevent wobbly keys.

The process isn’t terribly innovative. Rather, it’s an iteration of the way laptop keyboards have been designed for decades. The butterfly design, by contrast, is very innovative, but not in a good way—its keys barely move when you strike them, providing an experience more akin to tapping on a touch screen than typing on the keyboard.

Perhaps the only benefit to the previous keyboard design is its ability to prevent light from spilling out around the key’s edges. You can definitely see this spillover in the Magic Keyboard. It’s a slightly messier look when you’re using it in the dark, but it’s hardly a deal-breaking annoyance. 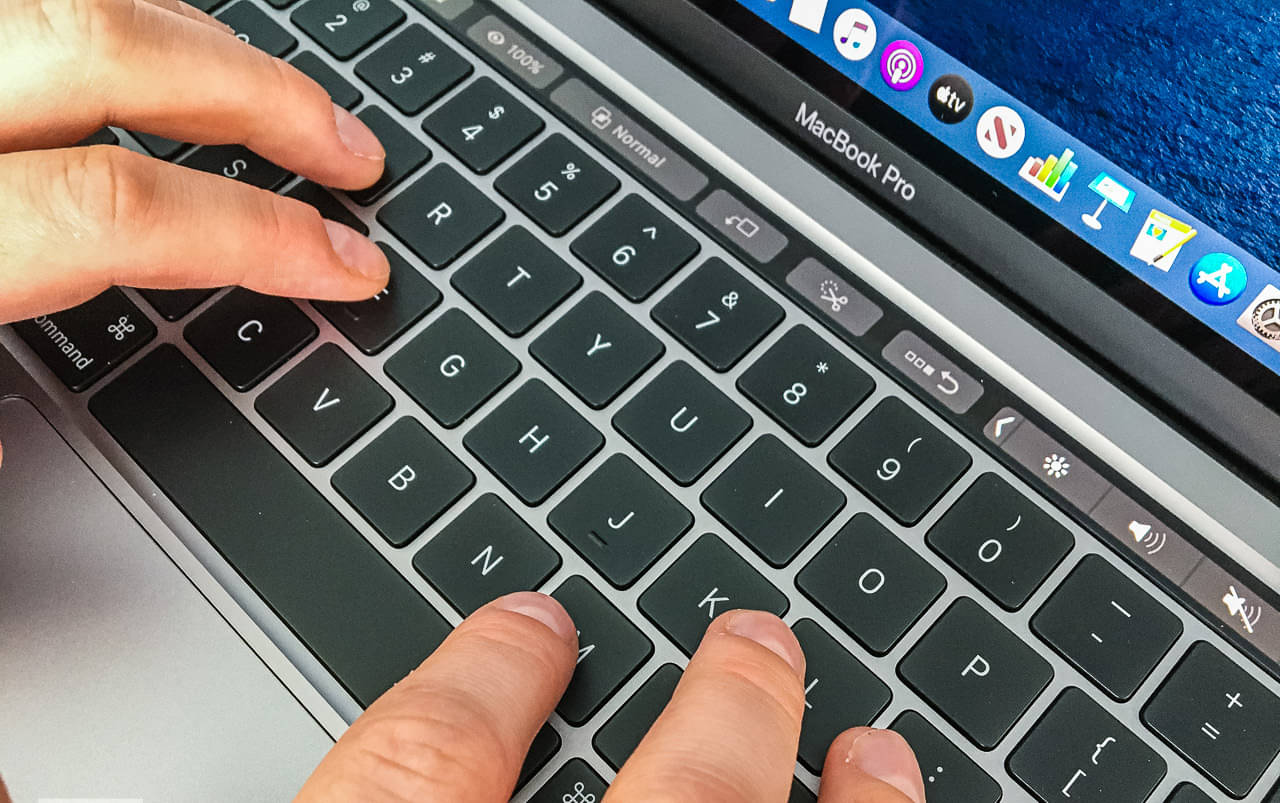 Now that all Mac laptops have the Magic Keyboard, shoppers on a budget will also be considering the MacBook Air, which starts at $999. The Air is a fine choice for basic computing, but it lacks a few features that are exclusive to the MacBook Pro. Some are trivial, such as the Touch Bar. This tiny screen replaces the row of function keys, but the functionality it offers depends greatly upon the app you’re using.

Some apps, including the Safari web browser and Adobe Photoshop, make extensive use of the Touch Bar, offering the ability to open bookmarked web pages or adjust the diameter of a paintbrush tool. Many other apps offer no Touch Bar support, however, in which case it serves only as a way to control basic functions such as system volume and screen brightness.

Frequent users of the Escape key will appreciate that the new Magic Keyboard has reclaimed this vital key from the Touch Bar. There’s now a physical Escape key located to the left of the Touch Bar, instead of a virtual one built into the Touch Bar, as on previous versions of the MacBook Pro.