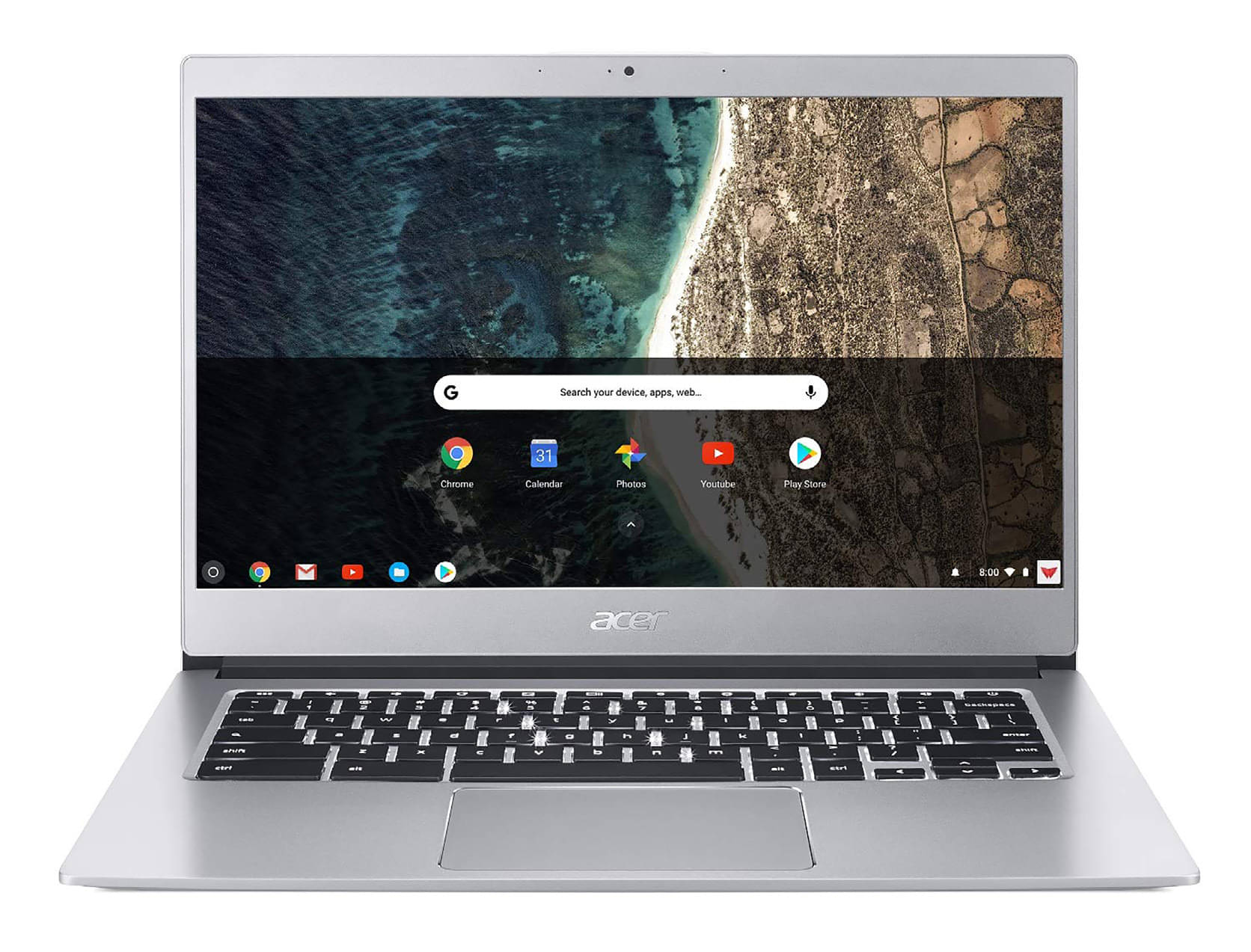 The Acer Chromebook 514 is an upscale Chromebook with a 14-inch screen. Priced higher than the Acer Chromebook 14, a fan fave and PCMag Editors’ Choice winner, it brings to the table improved portability, a sleek aluminum design, and the option for touch-input tech.

Once you add a backlit keyboard and long battery life to the mix, it becomes a tempting alternative to budget notebook PCs in its price range. Despite its Intel Pentium processor, this Acer feels snappy enough for most undemanding use thanks to Google’s lean Chrome OS. Provided that the OS meets your functional needs, the Chromebook 514 provides a first-rate way to get things done without spending a ton. We’re taking our Editors’ Choice garland for consumer Chromebooks from the 14 and hanging it on the 514. 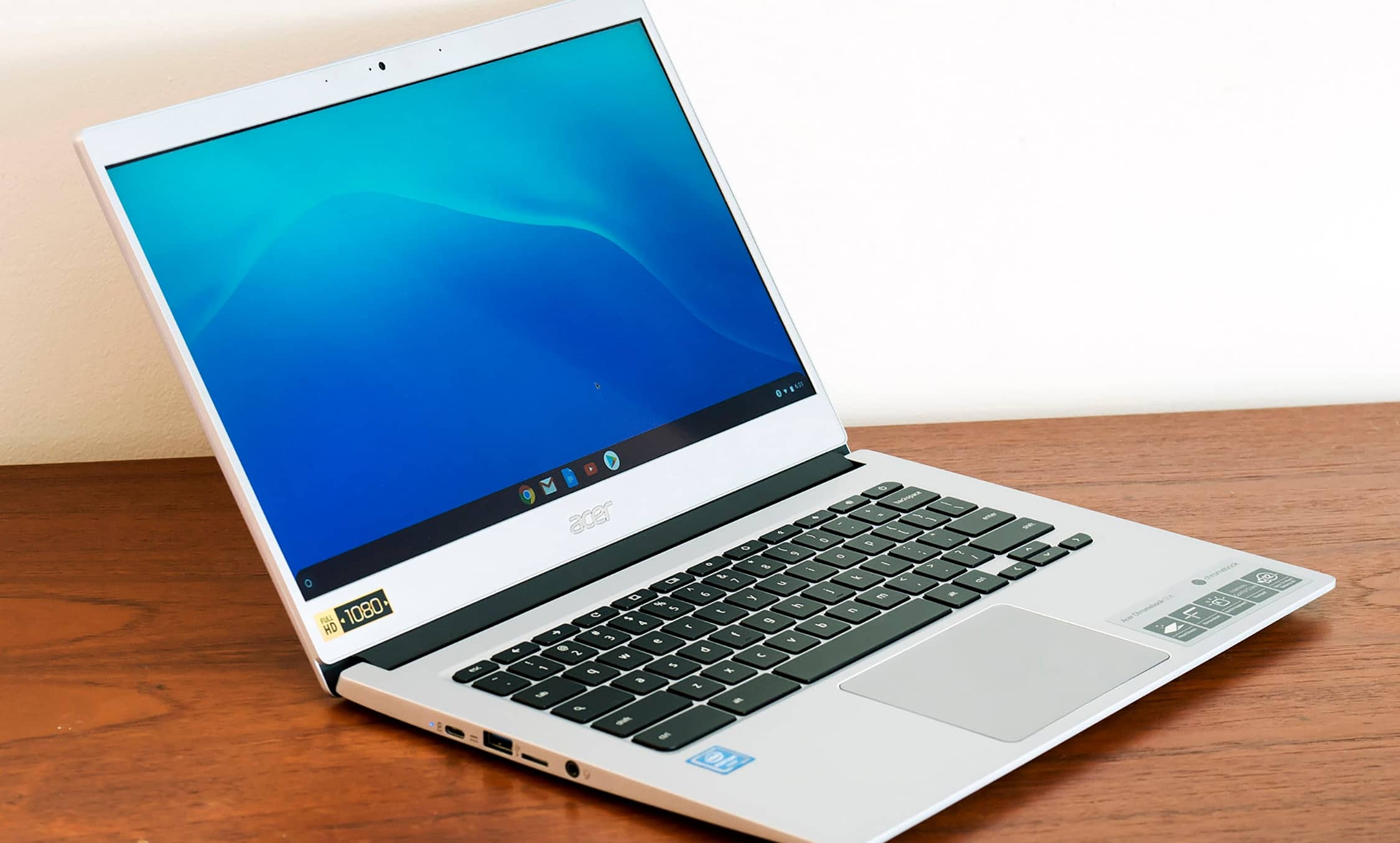 METAL ALL THE WAY

No ifs, ands, or plastics: The exterior of the Chromebook 514 is all aluminum. The lid and chassis are impressively rigid and strong. The anti-glare metal surfaces generally keep reflections down, though the silver (the only color available) can become downright dazzling in direct sunlight.

The 12.7-by-9.1-inch chassis is about as trim as a Chromebook (or a notebook PC, for that matter) with a 14-inch display can get. The display’s minimal side bezels give it a modern, chic appearance, while the taller top bezel allows the Acer’s 720p webcam to live up there. The cam’s muddy picture quality isn’t better or worse than I’ve seen from ones in similarly priced laptops, but that’s hardly an excuse for device makers not to step up their selfie game. The front-facing camera on my several-years-old smartphone is much clearer.

In addition to its slim dimensions, the Chromebook 514 is just 0.7-inch thick and 3.31 pounds. You can find lighter 14-inch-screened devices out there, but finding one around the price range of even this topped-out Chromebook 514 configuration is no small feat. 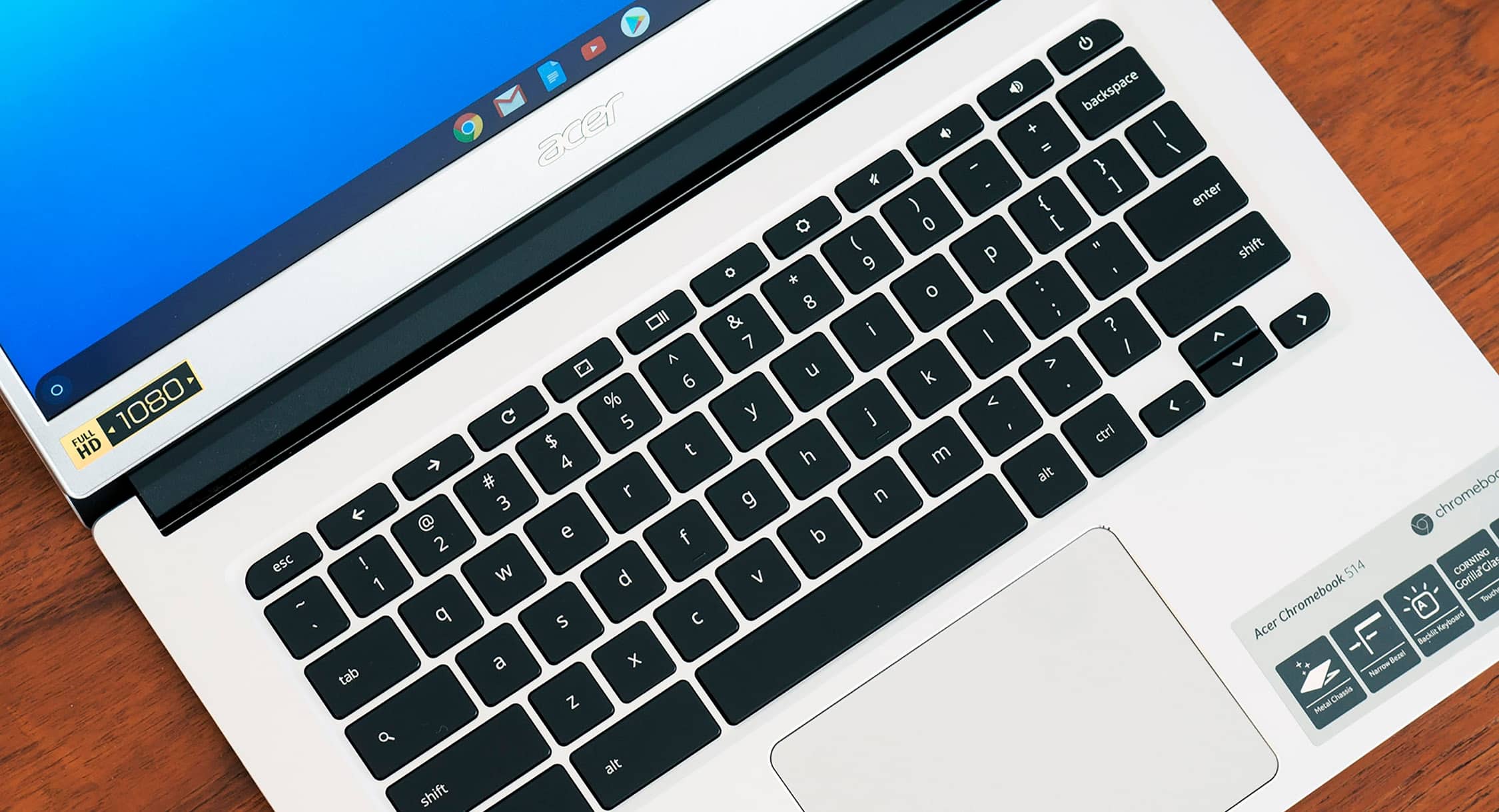 The Chromebook 514’s keyboard is on the money for touch typing. The full-size keys have a light, springy feel and white backlighting. The keyboard layout should look familiar if you’re coming from a PC, and it is pretty much in line with what I’ve seen on other Chromebooks.

The layout is Chrome OS-prescribed and has no Windows key, of course, but the Search key (where the Caps Lock key resides on a Windows keyboard) almost works like Start, allowing you to find almost anything and launch shortcuts in conjunction with other keys. The tutorial that appears at first startup shows you what you need to know to get started in Google Chrome OS.