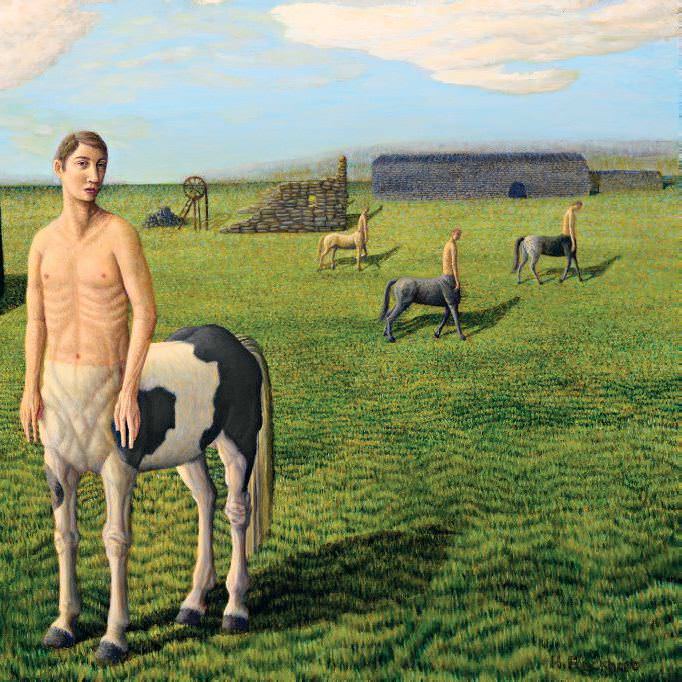 Self-modification when gene editing is cheaper than plastic surgery.

The other day, I found myself looking at a startling photo of my wife standing in the kitchen. The counter came up, exactly, to her waist, which was not itself so strange—I guess it’s sort of the point of counters—except for the fact that I occasionally stand there, too, and know that it also comes up to my waist, when I am actually ten inches taller. Of course, I’ve known for a while that my legs are preposterously short—for instance, it’s the way I explain to myself that while I can run a few seven-minute miles, the crazy hamster-wheel effort of churning that fast turns my sneakers into sweat sponges. When I went to find a pair of sneakers that could help, the salesman laughed—they don’t make shoes to help people like me, he said. But what if they made legs that did? What if gaining a few inches below the waist could be as simple as using colored contact lenses? And what if we could interpret that phrase—Gain a few inches below the waist—any way we wanted? While we’re at it, what if we could change our real eye color that easily too?

Perhaps you’ve heard of CRISPR—an enthralling bacteria-based gene-therapy technique that is spelled like a Silicon Valley joke, pronounced like the vegetable-drawer contraption in your aunt’s refrigerator, and promises, in fact, to so completely change the nature of our relationship to our own genes that Michael Specter’s recent account of it, in The New Yorker, was called “Humans 2.0.” They weren’t being all that hyperbolic: CRISPR is a way of dispatching a probe into a cell to seek out and modify a particular stretch of genetic code about a million times more efficiently, and much more costeffectively, than has ever been possible before. It is often described as a genetic cut-and-paste tool: Using it, you can easily select any segment of DNA and replace or delete it. Which means that anything that’s genetic is editable, and since everything is genetic, at least partially, a whole lot of stuff might just be possible, from eradicating cystic fibrosis to (theoretically, anyway) gene-therapy sex changes. They’re already CRISPR-izing pigs to more easily grow human organs inside them for transplant. And, to fight malaria, unleashing an air force of reprogrammed mosquitoes.