Maybe We're Not Infested With Aliens 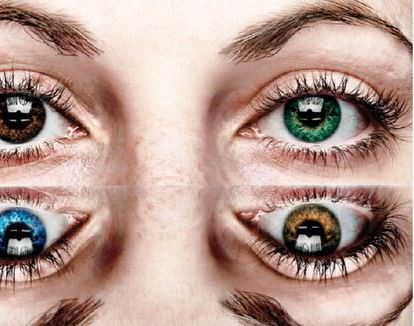 Maybe the aliens are part of what makes us us.

It is not only possible, it has in fact happened that a woman who vaginally conceived a child, then vaginally delivered her, had Protective Services threaten to take the child when a maternity test showed she was not, in fact, the mother. Nor was she the mother of her second child, genetically. Or her third, whom she was still carrying throughout the dispute with her estranged boyfriend—the man who, those same tests proved, was definitively the father. Only later did Lydia Fairchild discover that the true mother of all three of her children was her twin—if twin is really the word for one human embryo more or less swallowed by another before birth. The eggs that produced those babies had been with Fairchild her whole life, but genetically they belonged to an unborn sister, unknown to her and even her parents, living on in small parts inside her—a phenomenon that poetic scientists have called “parasitic” or “vanishing” twins. These days, they tend to prefer “chimerism,” after the mythic beast assembled, like Frankenstein’s monster, from multiple animals. But, man, isn’t that even creepier?

Don’t relax—it’s not just twins. In a new paper, “Humans As Superorganisms,” Peter Kramer and Paola Bressan of the University of Padua describe a typical human body as a teeming mass of what they call “selfish entities.” Picture a tree warped by fungus, wrapped with vines, dotted at the base with mushrooms and flowers, and marked, midway up, by what the tree thought the whole time was just a knot but turns out to be a parasitic twin. This is the human superorganism—not the tree, not the tangled mess of things doing battle with it, but the whole chunk of forest—and Kramer and Bressan would like to place it at the very center of the way we think about human behavior. They are psychologists, and their paper is a call to arms to their fellow shrinks, exhorting them to take seriously as a possible cause of an enormous buffet of behavioral phenomena—from quotidian quirks, to maddeningly opaque disorders like autism, to schizophrenia—the sheer volume and weird diversity of completely crazy alien shit going on in just about all of our bodies, just about all the time.

Screenplay: Healthy Or Not?
WellBeing
10 mins read
7 Questions to Ask When Deciding Where To Deliver Your Baby
Natural Solutions
3 mins read
Why You Need To Brush Up On Your Dental Hygiene When Pregnant
Your Pregnancy
5 mins read
Katy & Orlando's Delivery Room Drama
WHO
2 mins read
FAMILY VACATION TO SAVE KIM AND KANYE MARRIAGE
National Enquirer
2 mins read
5 Ways To Deal With Working Mum Guilt
New Idea
3 mins read
What To Eat & Not To Eat While Pregnant
Women Fitness
3 mins read
The Power of Family
Reader's Digest US
4 mins read
A Motherhood Reset
The Atlantic
9 mins read
Childhood in an anxious age and the crisis of modern parenting
The Atlantic
10+ mins read