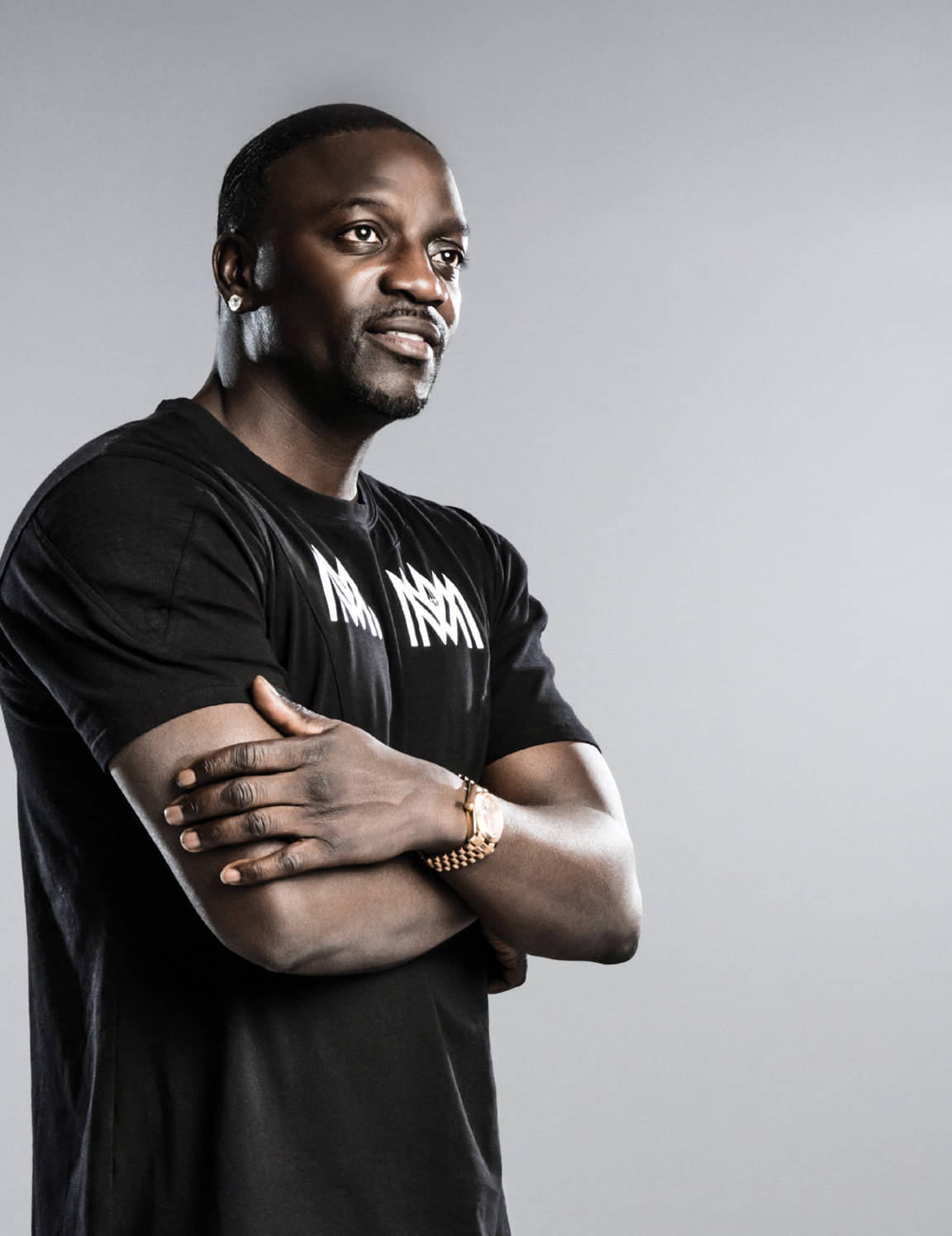 Renaissance rapper Akon discusses the Akon Lighting Africa project, as well as his newfound role in the tech world.

Since the mid-2000s, Akon has been recognized for his catchy tracks and energetic performances. His high, modulated vocals – partly inspired by his Senegalese roots – have made him a model act of contemporary hip-hop, earning him numerous awards and several Grammy nominations.

We first met Akon at the 2017 Consumer Electronics Show in Las Vegas, at a convention center mobbed by blister-toed techies and exhibitors the world over. He wasn’t speaking on a panel either. He was right there with the rest of us on the show floor. A scrum of onlookers forming around him, he shook our hands warmly and smiled. We probably shouldn’t have been so surprised. Over the last few years, Akon has emerged as a major player in the tech world – this arguably starting in 2014 with the advent of Akon Lighting Africa. A joint effort with solar energy provider Solektra International, the project seeks to supply impoverished African nations with sustainable light sources. Claiming an average investment of $75,000 per village, this initiative has provided solar lamps and generators to more than a dozen countries across the continent.

Most recently, in 2019, Akon finalized plans to build a 2,000-acre city in Senegal, powered by his personal cryptocurrency, Akoin. Naturally, it will be called Akon City.

The hip-hop/R&B artist has been a surprising and welcome addition to the tech community, lending to a great interview back in 2017. Still today, the thoughts he shared on his Akon Lighting Africa venture informs his more recent Akon City project, and his views on sustainability and the tech world are still relevant today.

Innovation & Tech Today: In the past, you’ve claimed that music and business are inseparable. In fact, you’ve said that you have to be a businessman first, even though you work in an artistic industry. There could be a parallel here between this and the world of sustainability, because obviously there’s money to be made there. So, what comes first for Akon Lighting Africa: sustainable value or monetary value?

I&T Today: What do you think about the power fossil fuel industries have attained with the new presidential administration? You’re an optimistic guy. How do you cope with the overt presence of non-sustainable special interests at the top of the pyramid? After all, Rex Tillerson, former CEO of ExxonMobil, is now the Secretary of State. How do you react to all of this, and, more importantly, what do you do?