Michio Kaku is AT HOME IN THE FUTURE 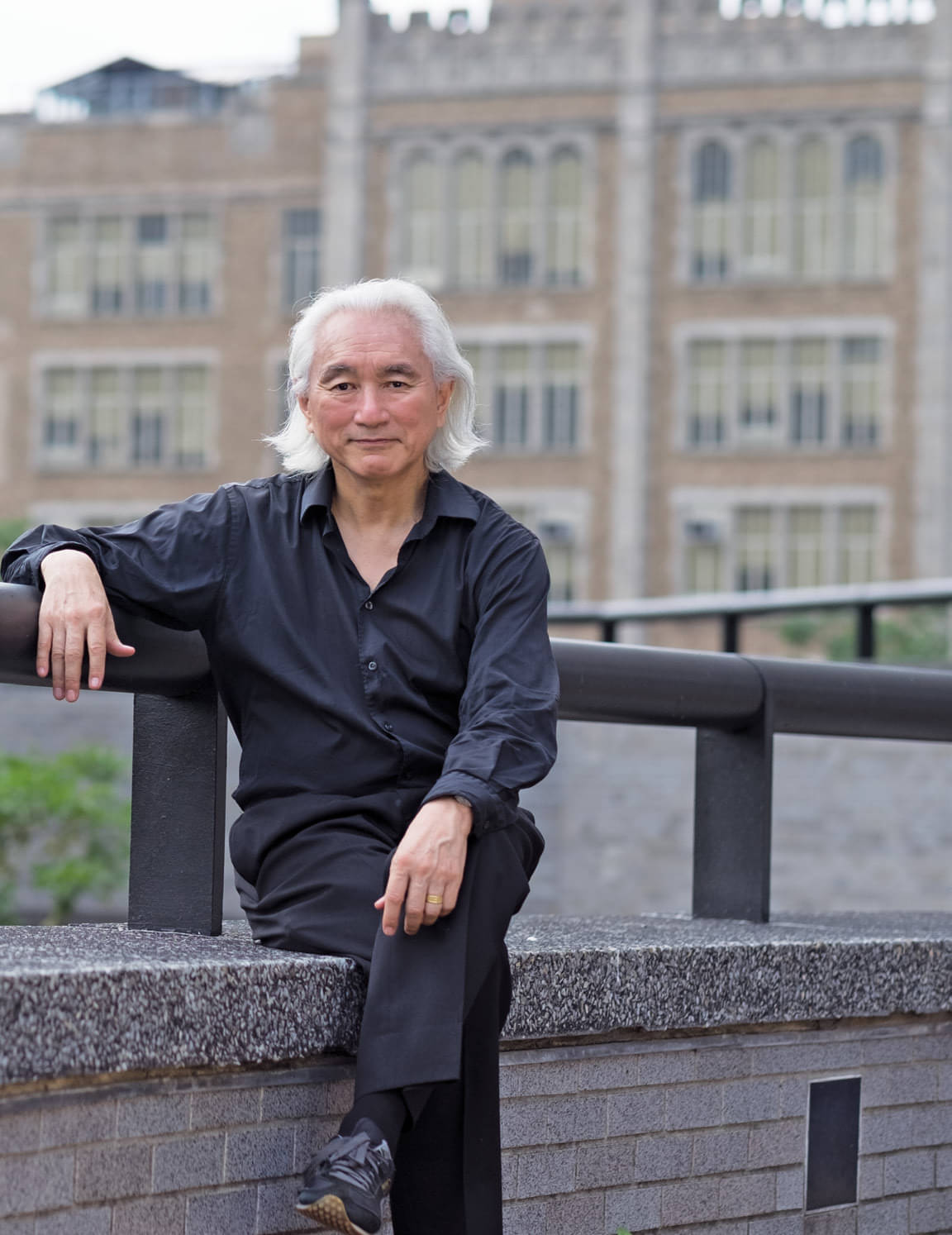 When Michio Kaku was in fourth grade, he happened upon a riddle.

Not one of the monumental queries that would consume his later life. No, this one was simple. Leafing through a pamphlet, a young Kaku saw the question, “What do physicists and baseball players have in common?” Curious, he turned the page to read the answer: “They both get paid to do what they love.”

Now globally renowned, Dr. Michio Kaku is one of the great popular scientists of our age. A co-founder of string theory, this theoretical physicist has a flair for engaging the masses with education – with appearances in numerous television shows and viral videos. Not to mention, he’s a three-time New York Times #1 bestselling author.

However, Kaku might be best known as a futurist – as someone who generates interesting projections about what the technological world of tomorrow will look like. This begs the question though: What qualifies a physicist like Kaku to peer into the future? Over the past few centuries, Kaku explains, physics has been a driving force behind many of the world’s greatest inventions. For instance, the principles of Newtonian physics and thermodynamics set the stage for the complex machinery of the industrial revolution. Since physics reveals the universe’s rules and possibilities, it’s usually one step ahead ofthe technology that applies them. Thus, as an expert in physics, Kaku can see where new tech is headed better than most.

Back in 2016, we explored the tech of the future with Dr. Kaku. Now, four years later, the ideas he shared are just as relevant today as they were then.

Innovation & Tech Today: What do you predict will be the most significant technological advancements in the home of the future? Say, 2030?

Michio Kaku: First of all, in the coming decades [computer] chips will cost about a penny. That’s the cost of scrap paper. Intelligence will be cheaper than bubblegum wrappers – meaning that intelligence will be everywhere and nowhere.

The future of the computer is to disappear…It is to be woven into the fabric of our lives. In the future, paper will become intelligent. Your wallpaper will become intelligent. Say you want to talk to a doctor at four in the morning, because you have a pain in your chest. Is it a heart attack? Or is it the pizza you had last night? You go to the wall (because your wall is intelligent) and you say, “Mirror, mirror on the wall, I want to talk to a doctor right now.”

Boom. A doctor appears on your wallpaper. Robo-Doc! Robo-Doc is artificially intelligent. You talk to it; it accesses the internet, speaks to you in plain English, and gives you a diagnosis that’s pretty accurate, right there in your home.

I&T Today: You’ve mentioned in lectures that the “toilet of the future” will also constitute a cure for cancer. To those who haven’t heard, this might sound outlandish. Could you explain?

MK: Your toilet will be intelligent. Pee several times a day and you’ll get a complete medical exam, compliments of your smart toilet. There will be a chip in your toilet, which gives what’s called a liquid biopsy. Liquid biopsies are becoming commercially available this year. So you’ll be able to detect cancer years before a tumor forms.

So your toilet has a chip in it. It scans your bodily fluids and tells you that you have 100 cancer cells growing in your body. One hundred. That’s years before a tumor forms. Tumors have billions and billions of cells in them. So the word “tumor” will disappear from the English language, all because you will have a doctor in your toilet.