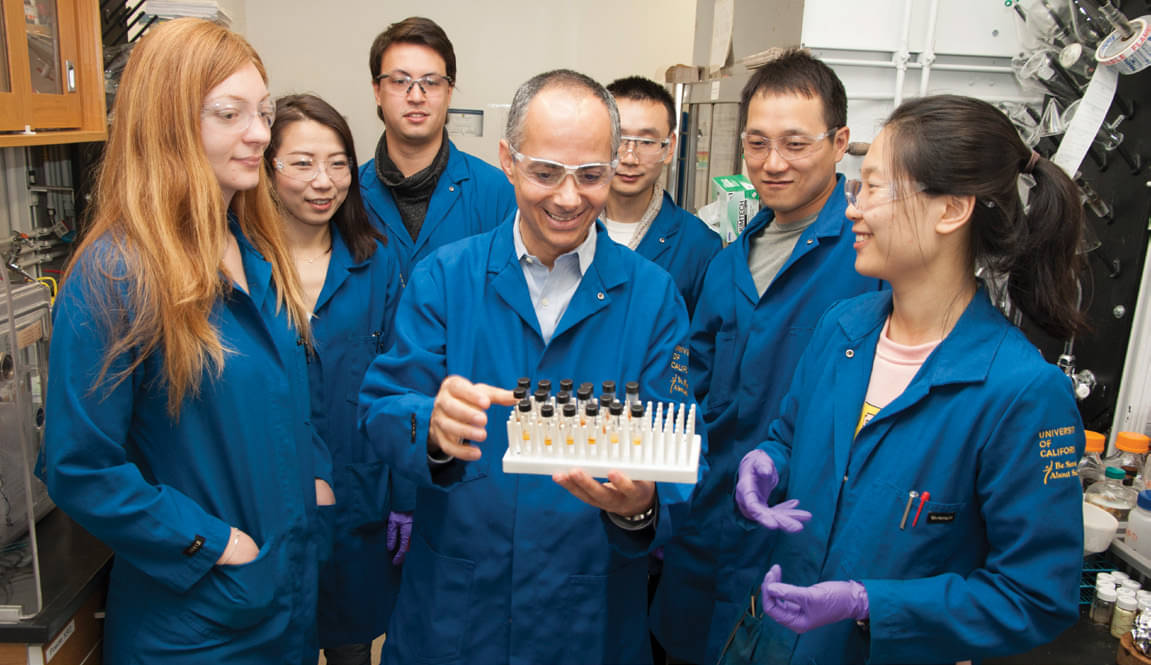 For chemist and UC Berkeley professor Omar Yaghi, his pioneering work has already impacted countless lives and will continue shaping the development of mankind for centuries to come. He’s published more than 300 scientific articles, which are referenced so frequently that he is among the top five most highly cited chemists in the world.

In the 90s, Yaghi developed a fascinating chemical structure known as the MOF, or metal-organic framework. In so doing, he also created a new field of chemistry known as reticular chemistry, which unifies inorganic and organic chemistry into a comprehensive field of research.

What’s so special about MOFs? They can be customized to absorb any vapor and release that vapor later with very little energy input. He’s pioneered MOFs that can absorb hydrogen, carbon dioxide, natural gas, and now – water.

Though there are plenty of materials that can absorb water, MOFs can absorb water from air with very low humidity and, once heated slightly, release that vapor in the form of drinkable water. His systems capture water from the air at night and then, using solar power to raise the temperature of the material to 45 degrees celsius, release that water to be collected for use.

Drought-stricken regions and naturally arid climates are desperate for this type of technology, and as the climate crisis continues to escalate, technologies like Yaghi’s could hold the key to providing water for thirsting nations or for capturing greenhouse gases from the atmosphere, and that’s just the tip of its capabilities.

We spoke with Yaghi to learn what sparked his early passion for science, what message he has for the next generation, and what led him to such a revolutionary discovery.

Innovation & Tech Today: How did you first become interested in chemistry?

Omar Yaghi: I became interested in chemistry when I was a kid. I was 10 years old and went into a library where I found a book that had drawings of molecules, which I didn’t know anything about. I didn’t even know that there were molecules, but the drawings looked complex and interesting and so they captured my attention. I kept that with me. Later I learned they were molecules, and so it became my favorite topic.