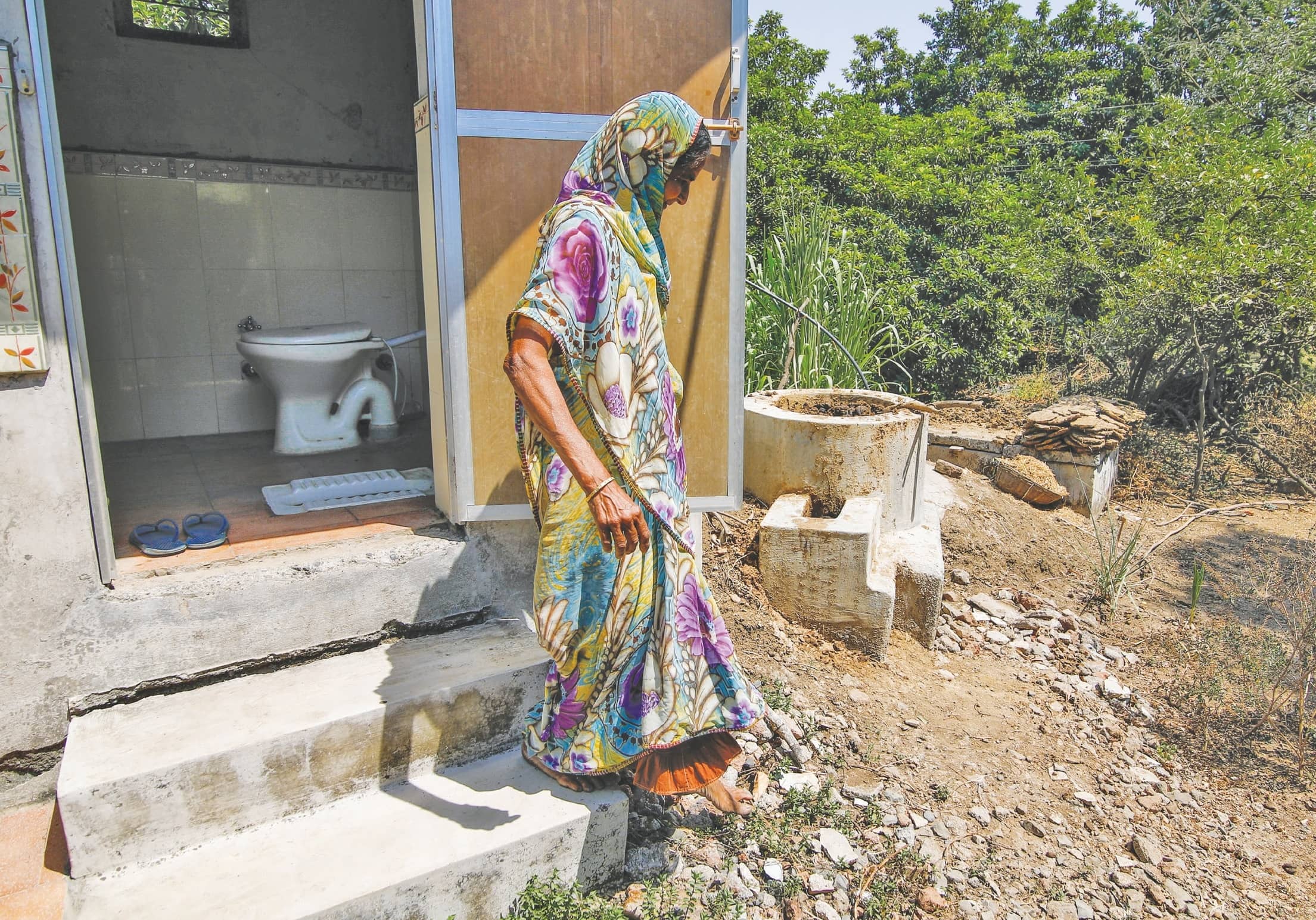 Sloppy government attitude holds up a project and a technology that can manage faecal waste as well as generate clean fuel SHAGUN KAPIL VALSAD, GUJARAT

IT’S DIFFICULT to fathom how a sloppy administration can at times hinder the very social changes that are at the heart of government policies. Till two years ago, a group of activists in Gujarat’s Valsad district was mobilizing people for generating biogas from human excreta. The initiative had the potential to put back on track two of the Union government’s flagship programs: Swachh Bharat Mission (SBM), which has given rise to concerns over safe management of fecal sludge, and the Ujjwala Yojana, which is losing steam due to pricey LPG refills. The activists knew from the beginning that the initiative would face resistance due to the taboo associated with human feces. But they were not prepared for what transpired on the ground, forcing them to abandon a project that had started providing basic amenities to people living below the poverty line.

“Toilet-linked biogas (TLBG) has saved me from disgrace and brought me comfort,” says Manjuben Patel, a 60-year-old resident of Vegam village. She got the TLBG unit installed five years ago after the joint family of her deceased husband decided to divide the ancestral property. Manjuben and her two sons inherited three cows and a room next to the farm. The only household toilet went to her brother-in-law’s family. “I did not have the money to build a toilet. Going to the fields for morning ablution was our only choice,” she says. That’s when a team from Vasudhara Dairy came to her rescue. The milk cooperative promotes safe sanitation and biogas in villages from where it procures milk. Since 2013, it has been promoting TLBG along with Lucknow-based finish (Financial Inclusion improves Sanitation & Health) Society. The team offered her a simple and economically viable solution: Build a toilet but do not build the twin pits or septic tank. Instead, connect the toilet to a biogas plant using PVC pipe. Place the digester at a lower elevation, or simply under the ground, so that the fecal slurry directly flows into it. Add cattle dung, water, and kitchen waste to it regularly, churn the mixture for about half-an-hour daily and get cooking gas for free.