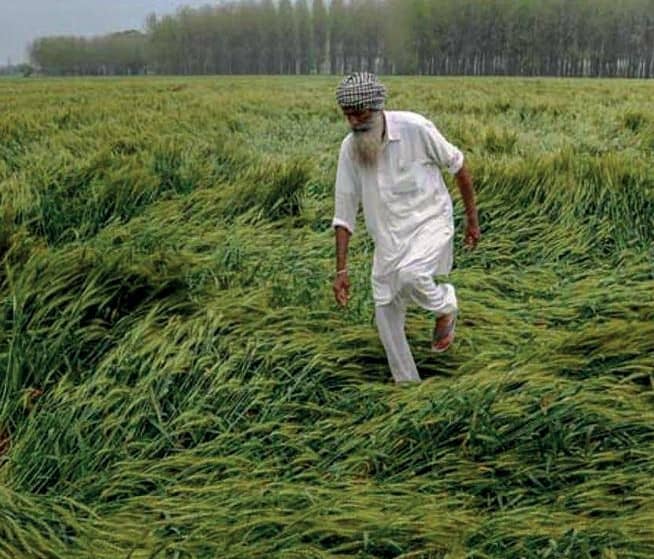 Why does India fail to caution its farmers of weather changes despite a rich meteorological infrastructure?

BHAGWAN LAL Nitharwal is a big farmer in Gudaliya village of Chaimu tehsil in Jaipur, Rajasthan. This year he harvested 300 quintals (1 quintal equals 100 kg) of wheat and barley each from his 16-hectare (ha) farm. But before he could move the grains from the farm, a sudden hailstorm on April 25 night soaked all his produce. By the next day, the grains had turned dark. Watermelons he grew on 1.6 ha also got ruined.

That night, another farmer in Chaimu Mool Chand lost most of his green chilly, kakdi, cucumber, tomato and bottle gourd he had grown on 1.6 ha. “I had spent ₹2 lakh on the crop and could have brought home ₹5 lakh,” he says.

“I have not seen a hailstorm like this in my life,” says Ashok Yadav, 30, of Mauli Khas village in Siddharthnagar district of Uttar Pradesh. In the state’s Banda district, rabi crop is grown on 324,000 ha, says A K Singh, deputy director, agriculture department. Of this, black gram is grown on 100,010 ha; the rest is wheat. When sudden rains came, some of the wheat had been harvested and labourers were still threshing it. Though losses are not huge, it will affect the grain quality.

March and April were bad for farmers of 13 states and Union territories in northern, central and east-central India. The India Meteorological Department (IMD) recorded 77 per cent more than normal rainfall in the country between March 1 and March 19. Bihar received nine times the usual rainfall, while Jharkhand got eight times more. Uttar Pradesh and Delhi recorded 698 per cent and 621 per cent excess rains respectively. Chhattisgarh got excessive rains in 25 of its 27 districts.

A large part of India lost a substantial amount of ready wheat crop. Bihar, the worst hit, also lost masur and mustard crops. The state grows pulses in 5 lakh ha, of which masur is grown in 1.5 ha. This year, masur production may drop by 30 to 50 per cent, says J S Mishra, head of the Indian Council of Agricultural Research, Patna. Muzaffarpur’s shahi litchi, known for its size, flavour and taste, may also suffer. Litchi is sensitive to variations in temperature, rainfall and humidity.