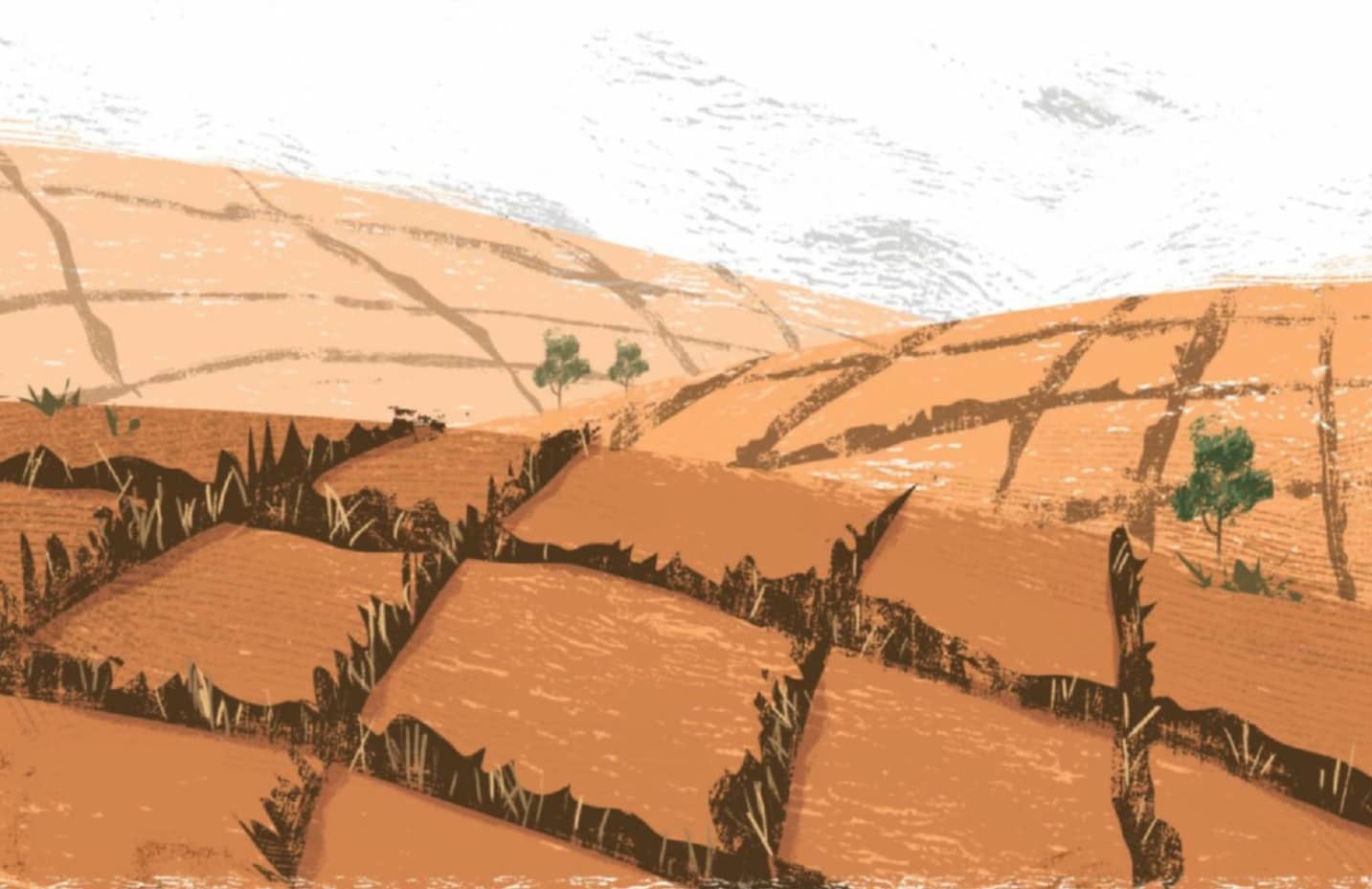 What it takes to reclaim the world’s most populated desert

DESERTIFICATION IS severe in hot and arid northwestern India which comprises the Thar desert. Of the 32 million hectares (ha) of hot and arid land in the country, Rajasthan holds the maximum share with 62 percent. The Thar is located between the Aravalli mountain range in the east and the river Indus in the west and both influence the desert’s climate, landform, and hydrology.

The weather here is absolutely inhospitable in summers with low humidity and wind speeds of 40-60 km per hour. The seasonal and annual temperature range is high. It may rise to 50°C in summers and dip to as low as -4°C in winters. The annual average rainfall is very low, varying from 100 mm in the west to 500 mm in the east, but pan evaporation (a measurement that integrates the effects of temperature, humidity, rainfall, and wind) is a high 1,800 mm, making the desert water-scarce.

The sand-covered terrain spreads over 80 percent of the area, a large part of which comprises sand dunes. Census 2011 shows that 28 million people live across western Rajasthan in over 12 districts and four agro-climatic zones that have a dominant agrarian land use.

Wind erosion and deposition causing sand movement and dust storms are the characteristic features of the Thar. Their severity is felt more in summers and is caused due to high wind speed, sandy terrain, sparse vegetation cover, and human activity. About 0.15 million ha, or 72 percent of the area, is affected by wind erosion or deposition, of which 5,800 sq km is very severely degraded, 25,540 sq km is severely affected, 73,740 sq km is moderately affected and 52,690 sq km is slightly affected.

Interestingly, wind erosion affected areas decreased between 2003-05 and 2011-13. The Central Arid Zone Research Institute, or CAZRI in Jodhpur, has taken several steps in the state, particularly in western Rajasthan, to tackle the problem. Strategies for wind or sand control measures have been targeted for dune covered areas and sandy plains.