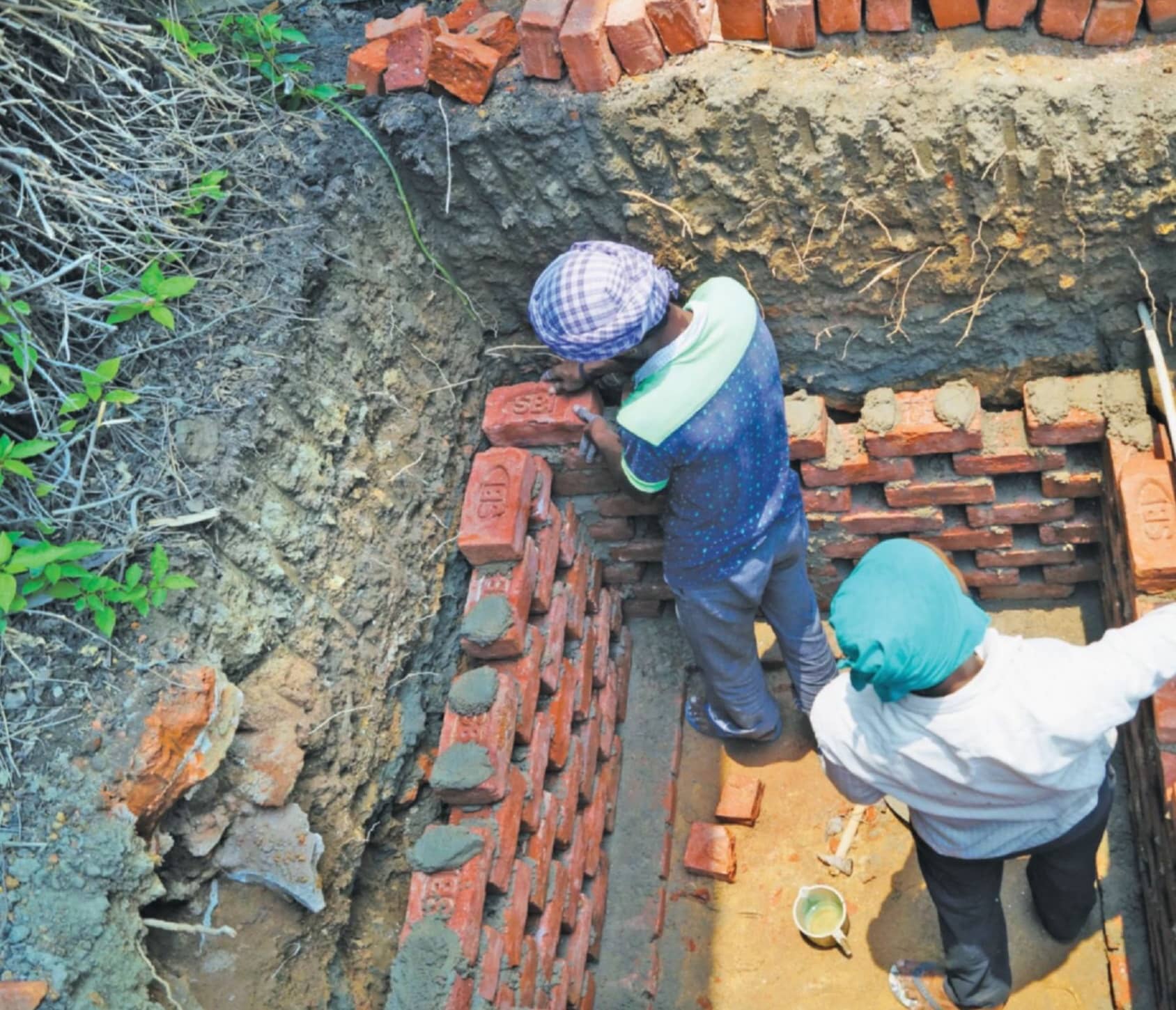 Rainfall deficit can be a challenge as well as an opportunity. Last year, Dhanbad faced a rainfall deficit of 60 per cent. EKLAVYA PRASAD narrates his personal experience of catching rainwater where it falls in his home, Uttarayan. By constructing rainwater harvesting structures, Uttarayan not only showed the way to address urban water scarcity, it also helped recharge groundwater with 1.06 million litres of rainwater

WHEN I was a child, the dug well in my home, Uttarayan, in Dhanbad, Jharkhand, was the most captivating landscape, especially during the monsoon. During this period, the dug well would be brimming with water. It used to be a mesmerising sight when the dug well would overflow. But for the past two decades, this phenomenon has ceased, and so has the incessant charm of the dug well. While researching, I found that this was not just my home’s story; it was the recurring narrative for the entire Dhanbad city. I also found that the reason for the decline in dug wells as well as groundwater was the domination of tube wells over traditional sources of water. For uninterrupted water supply, residents were extracting groundwater from greater depths.

An interesting development took place in May 2017. The Gang of 20—Future Water Leaders from Carmel School, Dhanbad, under the Participatory Action Research on Urban Groundwater—in collaboration with Megh Pyne Abhiyan, a Delhi-based non-profit working in Bihar and Jharkhand, conducted a survey of 734 households. The survey found that a majority (about 65 per cent) of residents were dependent on groundwater, followed by surface water (31 per cent). The dependence on both sources was 4 per cent.