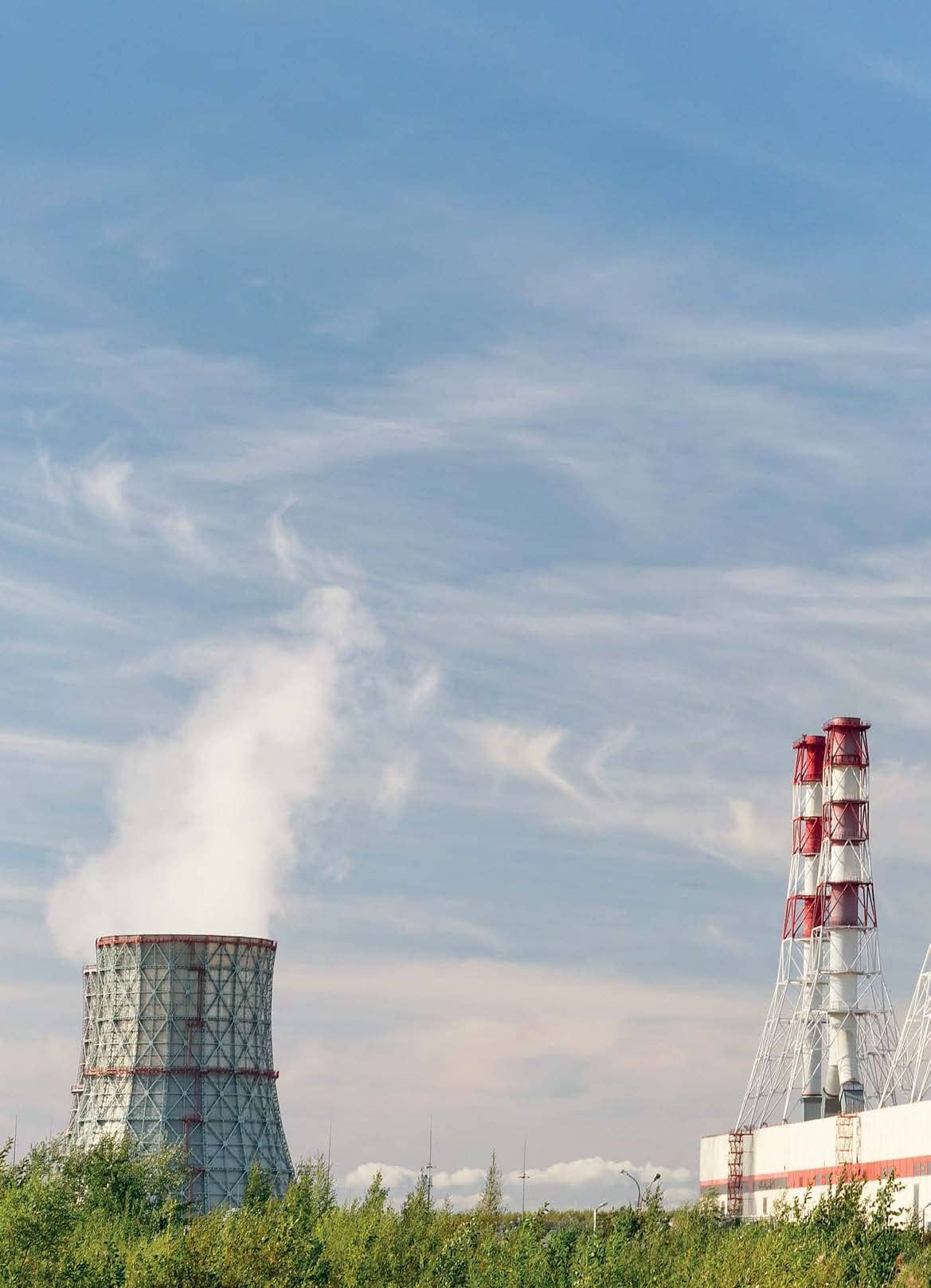 More than 70 per cent coal-fired power plants will not meet environmental norms by 2022, five years after their deadline was extended, says a new report by Delhi-based non-profit Centre for Science and Environment

COAL-FIRED thermal power plants (TPPs) generate about 56 per cent of the country’s energy needs. But they a resource-intensive and polluting industry— they account for over 60 per cent of industrial emissions of particulate matter (PM); 45 per cent of sulphur dioxide (SO 2); 30 per cent of oxides of nitrogen (NO x); and, over 80 per cent of mercury emissions. Moreover, the sector is responsible for 70 per cent of total freshwater withdrawals. A 2017 study by the US-based University of Maryland says that India will soon become the world’s top emitter of SO 2. This scenario has arisen due to lack of effective control measures over the decades in India.

In 2015, the Centre for Science and Environment (CSE), a Delhi-based non-profit, recommended a revision of the sector’s emission norms. Taking cognisance, the Union ministry of environment, forest and climate change (MoEFCC) notified the new norms, and wanted them to be implemented by 2017. But the industry not only obstructed and prevaricated this move, but tried to use the Supreme Court and other agencies to shift the deadline from 2017 to 2024. Finally, the deadline was extended to 2022. But a new report by

CSE, Coal-based Power Norms: Where do we stand today, finds that with barely two years to go before the deadline hits them, almost 70 per cent of the plants will not meet the emission standards. Says CSE Director General Sunita Narain: “Our assessment finds that even after seven years since the notification and even after the agreed five-year extension given to this sector in 2017, most of the total installed coal-fired capacity will not be compliant with the crucial SO 2 standards by 2022” (see ‘SO 2 compliance and non-compliance’). 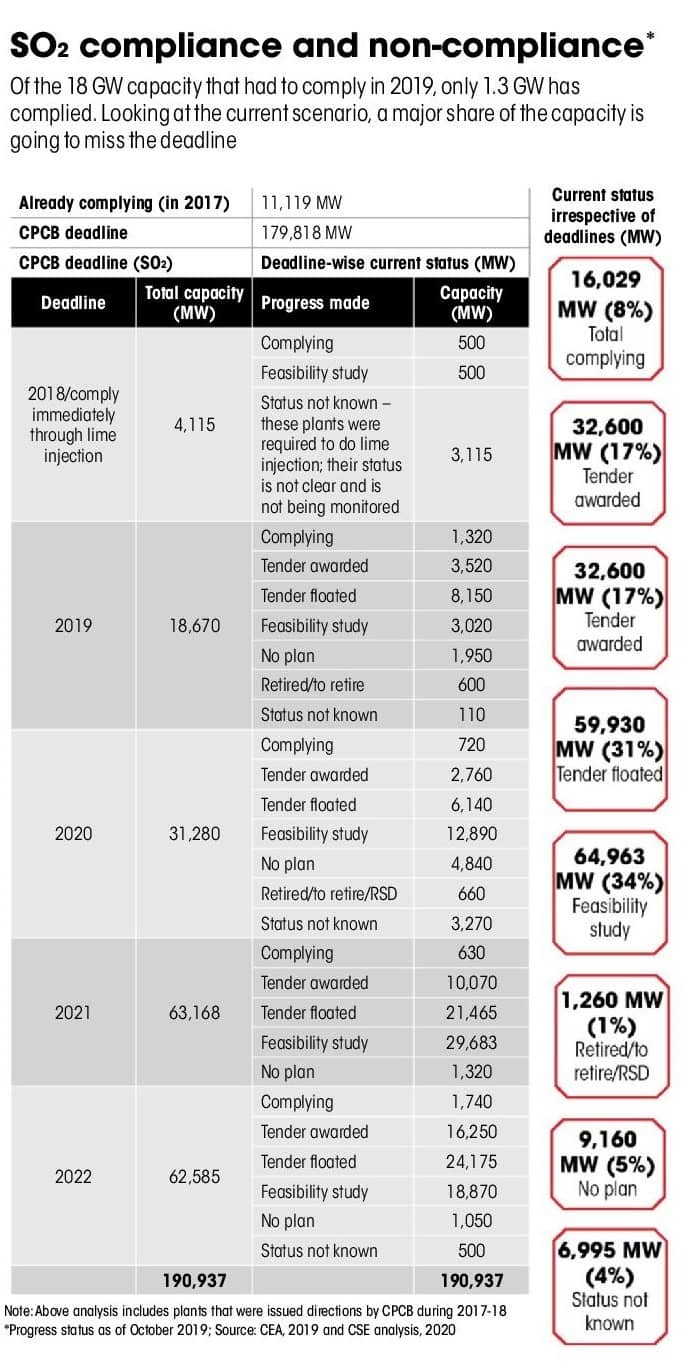 While 53 per cent of the plants are said to be complying and 8 per cent planning to upgrade, the status is not known for 38 per cent of the plants. Furthermore, there is little information in the public domain about compliance with PM or NO x standards. Worse, the deadline to meet the water consumption norms was December 2017, but no firm action was taken on non-complying plants.

While extension of deadlines to meet emission norms has been granted, in the case of water, there has never been any such discussion on compliance. It was only in January 2019 that the Central Pollution Control Board (CPCB) asked TPPs to submit their specific water consumption data on a quarterly basis starting from October-December 2018. Based on the data obtained, the plants— which were not meeting the specific water consumption limit—were asked to submit time-targeted action plans to achieve the limit. CPCB issued directions to freshwater-based once-through plants (16 GW capacity) in June- July, 2019, to install cooling towers and comply with the standards by June 30, 2022. The plants were also directed to submit six-monthly progress reports on actions taken on compliance.