India's withdrawl from the Regional Comprehensive Economic Partnership sits well in this era of hyper deglobalisation. It now needs a roadmap to make the domestic economy competitive.

KUNDAN PANDEY and JITENDRA
It was meant to be the biggest trade partnership, after the World Trade Organization. With a quarter of the global commerce and one-third of the gdp, involving 16 countries that are home to half of the world’s population, the Regional Comprehensive Economic Partnership (RCEP) was designed to create the world’s largest free trade area. India worked towards its finalisation for close to seven years through 28 rounds of negotiations. But on November 4, when the nation heads met at Bangkok, Thailand, to thrash out the details, the government pulled out of it. “Neither the talisman of Gandhiji nor my own conscience permit me to join,” said Prime Minister Narendra Modi.

When proposed in 2012, RCEP was to bind together all the existing trade agreements between the 10 asean nations (Brunei, Cambodia, Indonesia, Laos, Malaysia, Myanmar, the Philippines, Singapore, Thailand, Vietnam) and the region’s other big economies, including China, Japan, South Korea, Australia, New Zealand and India, and harmonise trade rules across the member countries. “The present form of RCEP agreement does not fully reflect the basic spirit and the agreed guiding principles of RCEP,” said Modi. The concerns have been there even before the summit began on November 2. On October 31, Vijay Thakur Singh, secretary, Ministry of External Affairs, told the media that some “critical” issues were yet to be resolved, fuelling speculation that India might buy more time before entering into the partnership. But India’s last-minute change instance was as much a surprise to all as a shock to the negotiating nations.

Following the withdrawal of India, which is the world’s sixth-largest economy and the third-largest by purchasing power parity, RCEP does not appear as attractive a trade partnership as it promised to be during initial negotiations. Japan and Indonesia, therefore, lobbied hard to keep India on board. But all the 15 countries decided to move ahead with the pact, following the insistence of China.

The Asian giant has been pushing for RCEP to counter the US’ efforts to prevent trade with Beijing. In 2016, when the US-led Trans-Pacific Partnership agreement (TPP) was signed, to lower both non-tariff and tariff barriers to trade, China, the largest economy in the Pacific Rim, was included in the negotiations. Though US President Donald Trump withdrew from TPP soon after coming to power, thus rendering the trade agreement defunct, the US-China trade war has worsened under the Trump administration; it has urged several Asian nations to shun Chinese infrastructure loans and 5G technology. This defunct TPP, however, has prompted some of its member countries to show interest in RCEP and join hands with China to expeditiously finalise the deal.

India says it will not join RCEP until its demands are met. Speaking to the media on November 5, Union Minister of Commerce and Industry Piyush Goyal said that the country had to take the “tough stance” to safeguard farmers, dairies and small industries. India had demanded three mechanisms to be included in RCEP: an auto-trigger safeguard mechanism that would allow the country to either stop imports or levy high duties if the domestic market gets flooded with a foreign product; strict rules of origin to ensure that other countries do not send their goods to India through partner nations; and finally, a provision to keep sensitive sectors, such as agriculture and dairy, outside the purview of RCEP. The demands were to bring balance in trade deficit, to ensure that Indian industry gets protected from indiscriminate surge in imports, unfair imports that come using non-tariff barrier and India’s goods and services get opportunity in other countries. “We stood our ground in negotiations with our demand. A number of our demands were accepted but at the end when we saw the RCEP achievement holistically, we realised that India should not join RCEP,” Goyal added. 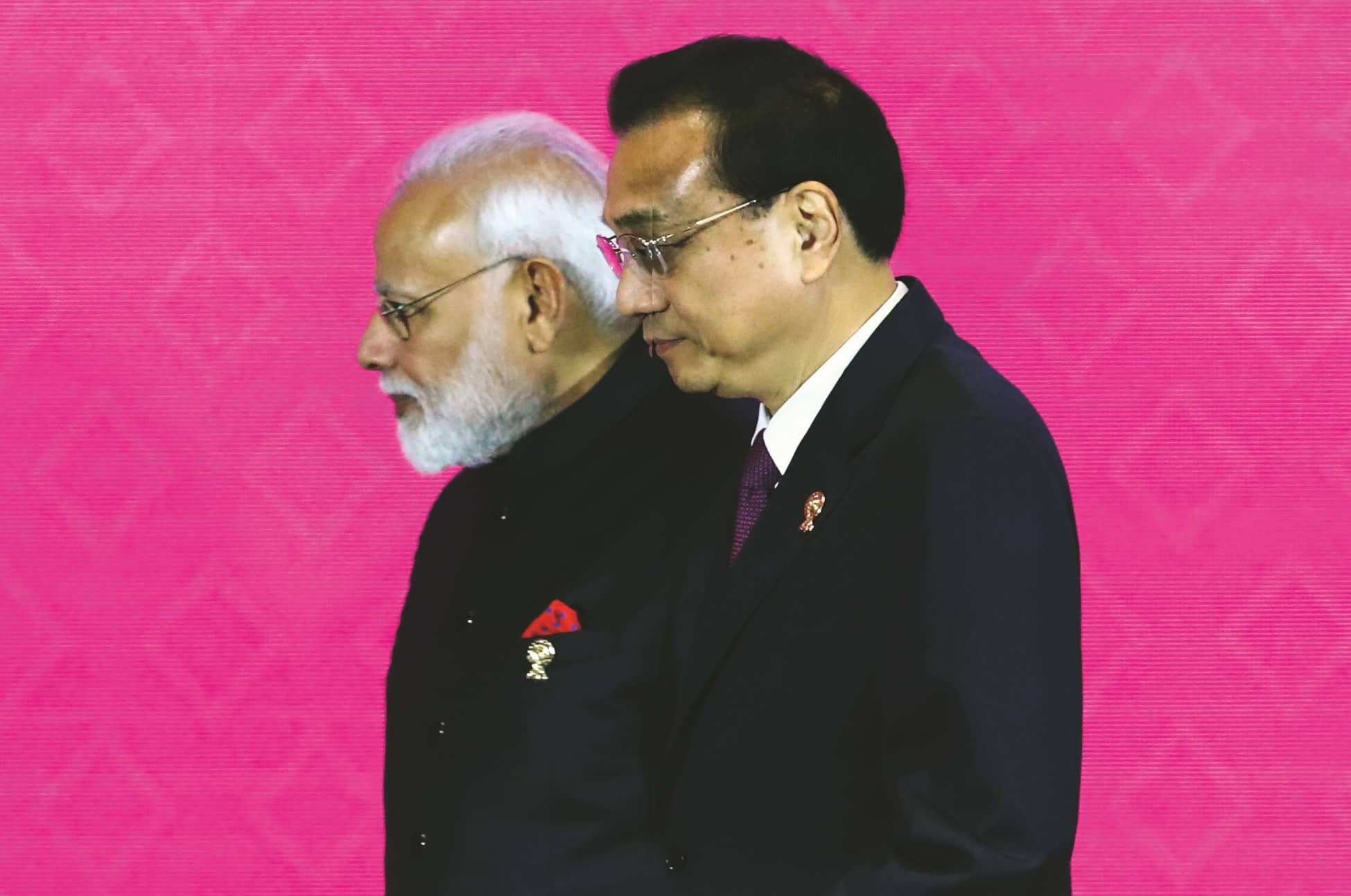 As the 15-nation members get ready to sign the pact in February 2020 after getting the text “legally scrubbed”, China's vice-commerce minister and top trade negotiator Wang Shouwen has expressed confidence that India's concerns would be resolved by the end of this year. Even the joint statement issued by RCEP after the meet was, “All RCEP Participating Countries will work together to resolve these outstanding issues in a mutually satisfactory way.” Australia, Singapore and Japan have also expressed hope that India will participate in RCEP which otherwise will be dominated by China.

ON THE FACE of it, India’s decision appears to be politically motivated. As the country’s economy passes through difficult times, the government is walking a tightrope trying to strike a balance between promoting local businesses and attracting more foreign investment. Modi, in fact, left for the RCEP summit amid widespread protests by both farmers and industries and opposition by state governments. On November 4, the All India Kisan Coordination Committee organised 400 parallel protests across the country. On November 2, thousands of farmers took to streets in Kerala’s Wayanad district against the deal. On October 31, Kerala became the first state to pass a resolution against RCEP. Chief minister Pinarayi Vijayan said the deal will “spell havoc on Indian agriculture, especially plantation economy and industries”. Voices of dissent emerged from several other state governments, including the Bharatiya Janata Party-ruled Karnataka over the impact the deal would have on farmers. The most damaging, however, was the nationwide protest called by Swadeshi Jagran Manch, an affiliate of the Rashtriya Swayamsevak Sangh, between October 10 and 20. Even the Congress observed countrywide protests against the partnership for 10 straight days.