CHAOS IN THE MANDIS 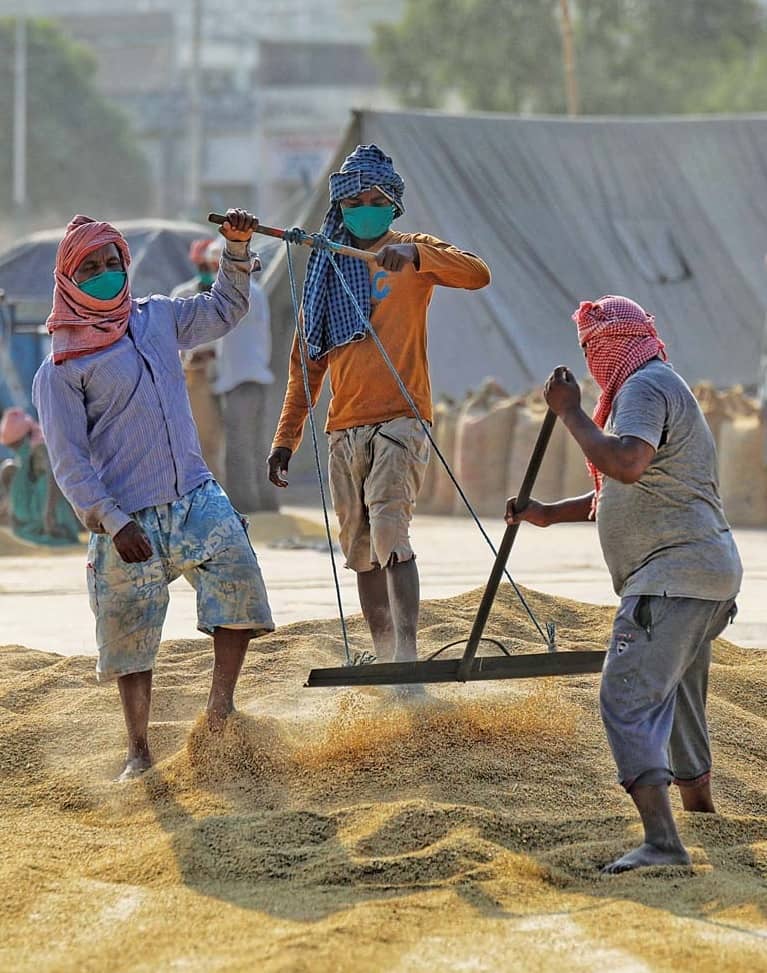 The first kharif season after deregulation of the agriculture market is underway. The government has started procuring paddy at minimum support price, even before the designated period. For the largest private trade in India, this is a time of anxiety. How is the market treating farmers? SHAGUN KAPIL visits mandis in Punjab and Haryana only to find that the market has become even more unfavourable for farmers

THE KHARIF harvest season this time was not only unusual, but also unprecedented. Unusual, because the Union government advanced the procurement of kharif paddy from the usual October 1 to September 26. Unprecedented, because this is the first marketing season after the government deregulated the agriculture market, now being celebrated as “one country, one market”. The rapid pace at which the markets were deregulated was also unparalleled.

On September 20, Parliament passed three agriculture-related bills: the Farmers’ Produce Trade and Commerce (Promotion and Facilitation) Bill, 2020, which allows the sale of agricultural produce outside the mandis or markets regulated by the Agricultural Produce Marketing Committees (APMCs) and constituted by different state legislations; the Farmers (Empowerment and Protection) Agreement of Price Assurance and the Farm Services Bill, 2020, that facilitates contract farming; and, The Essential Commodities (Amendment) Bill 2020, that deregulates production, supply, distribution of food items like cereals, pulses, potatoes, onion and edible oilseeds. Among the three, the first two are being contested intensely by farmers, political parties and traders.

In less than 100 hours of Parliament passing these laws amid disruptions in both the houses, the President of India approved the laws. In less than 48 hours of the President’s assent despite petitions by Parliament members not to do so, the Union government published them in the gazette on September 27. In these hours, farmers were out on the streets protesting against the laws. They fear dilution of the government’s minimum support price for crops and procurement regime and a potential takeover of the market by corporate bodies. Political parties held massive rallies; and, the ruling National Democratic Alliance even lost support of an alliance member, the Punjab-based regional party Shiromani Akali Dal.

Such was the pressure on the government that it advanced the procurement date for paddy to divert the attention of protesting farmers to procurement centres, particularly in Punjab and Haryana. Procurement of crops like paddy, maize, soybean, pulses and oilseeds is going on in different states of the country. The government has claimed it has procured more than 1.5 million tonnes (MT) of paddy from Punjab, Haryana and Uttar Pradesh till October 6. Down To Earth (DTE) correspondents travelled to the government markets in Punjab and Haryana to assess whether the markets are now favourable to farmers and whether the laws are delivering a fair deal to farmers?

In the last few days of September and in the first week of October, one witnessed unusual scenes at the APMC mandis, or markets, in Haryana. Freshly harvested paddy entered the markets in hoards, but few left the yards. The produce was not being sold due to a strike called by rice millers and arthiyas (procurement brokers) over differences with the government on the procurement process. Chief Minister Manohar Lal Khattar had announced direct procurement of crops by procurement agencies and its transportation to the rice mills.

Earlier, millers would buy the crop on behalf of government procurement agencies such as the Food Corporation of India (FCI). The other problem was demands made by rice millers to reduce the quantity of rice milled from paddy. The millers want the quantity to be reduced from 67 kg per 100 kg to 63-64 kg. All these issues introduced a barrage of problems for farmers. DTE visited two APMC mandis in Karnal and Kaithal districts of Haryana on September 30 where most farmers were left without buyers and had to dump their crops at APMC yards.

As the crisis spiralled into a full-blown strike, farmers stayed put in yards with their crops that began to rot. Under normal circumstances, the produce would have been sold within 24 hours of being brought to these markets. 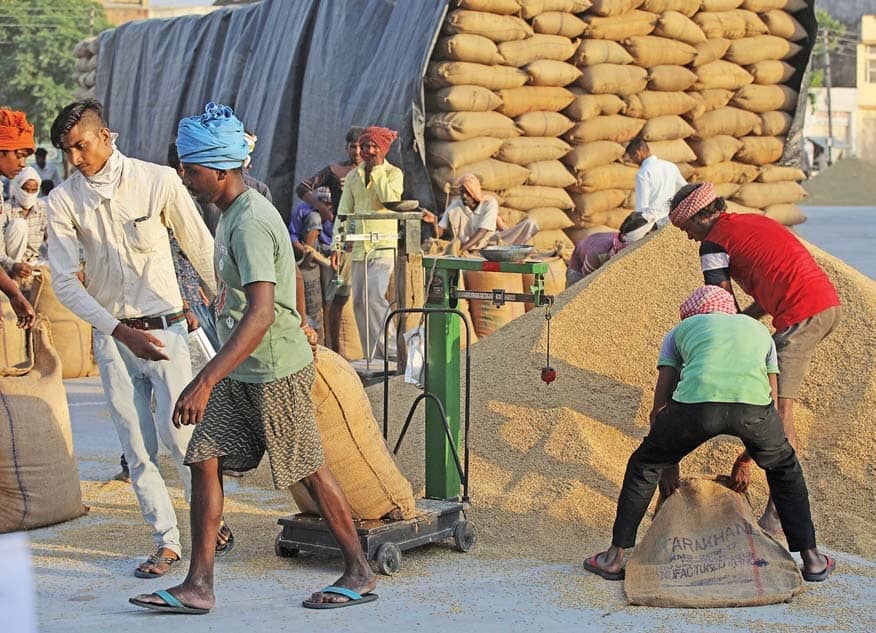 The change in the procurement rule has also had unusual side effects. The permissible limit for moisture content in paddy is 17 per cent. Under the previous arrangement—when rice mills would buy the crop on behalf of the state government—either the crop was dried in the yards or sold with high moisture content with a price cut. With the direct procurement rule, government officials measure the moisture content level before approving the sale. “A government inspector rejected my crop saying it had 22 per cent moisture content. So I asked them to cut from the MSP for excess moisture, but he didn’t budge. It’s just an excuse. We don’t have any facility or space to dry our paddy or keep the moisture in check,” says Harish Bhatia, a farmer from Kachhwa village in Karnal. He added that earlier, the arthiyas would negotiate with the millers on farmers’ behalf, who would then buy the crop with high moisture at a reduced price and dried it themselves. “But this time, government officials have been citing high moisture content. They are not buying the crops,” he says.

In the case of Narwair Singh, a farmer from Karnal’s Gonder village, this delay in negotiating with government officials meant his crops lost weight. “I must have lost 500 kg. The government says farmers can sell their crops anywhere as per the new laws. But when nobody is buying from the government market yards, then who is going to buy outside of it?” asks Singh. On September 30, after pressure from farmers, the state government increased the permissible limit of moisture content for paddy procurement to 19 per cent. But farmers’ union bodies have demanded it be increased to 22 per cent.