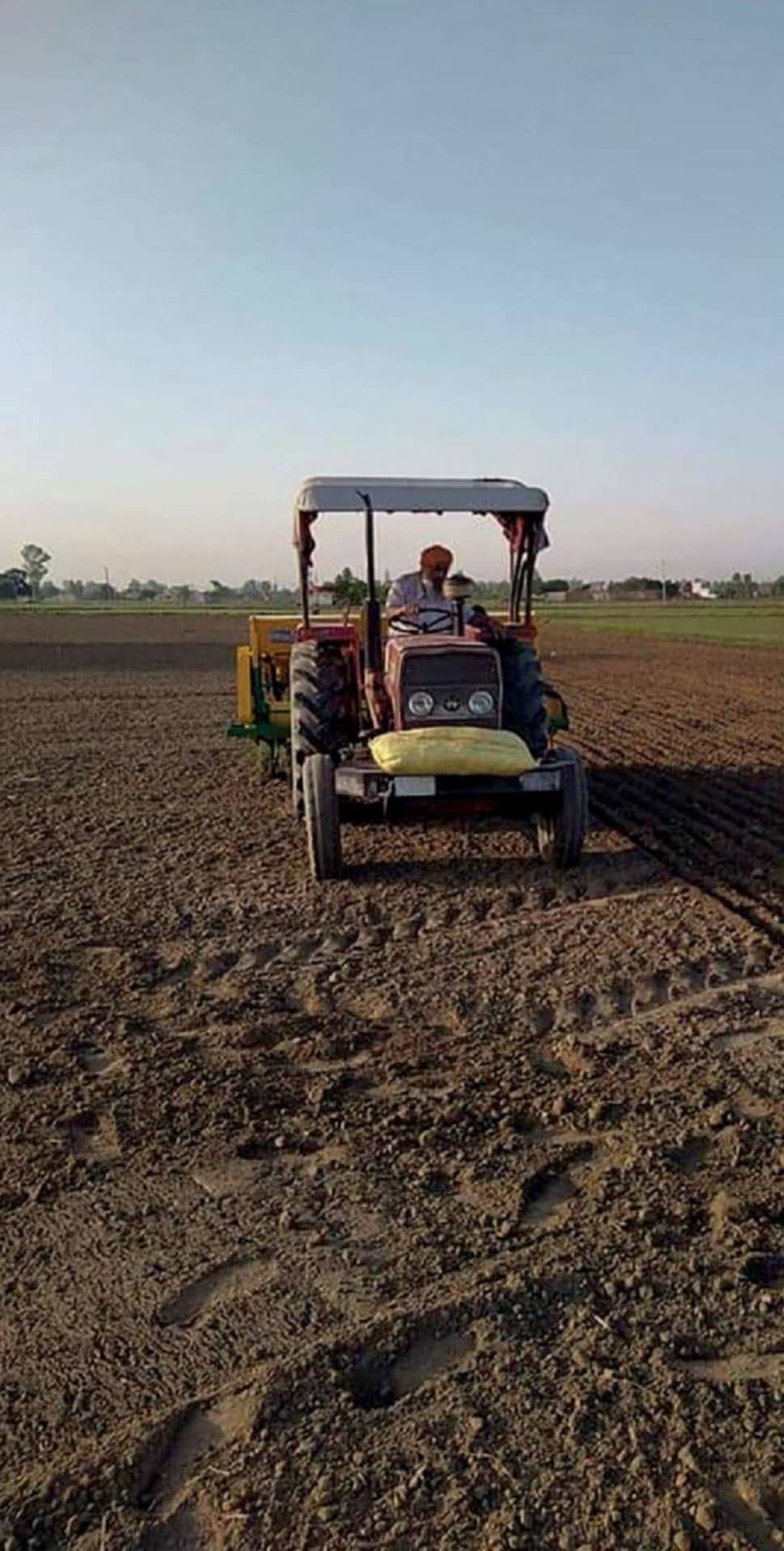 WHILE OTHER farmers of his village wondered how to overcome the labour shortage caused by migration of workers during the lockdown, Kewal Singh was without a worry. The 55-year-old farmer from Kothe Amberhar village of Punjab’s Ferozepur district did not need to hire labourers to sow rice. He had been doing it himself for the past five years with minimal help.

It was in 2015 that Singh experimented with direct-seeded rice (DSR), also called broadcasting seed technique—an alternative way of sowing rice. The traditional and the prevalent way across India is transplanting rice (TPR) seedlings from a nursery to waterlogged fields. But TPR is extremely labourand water-intensive, unlike DSR.

Inspired by a fellow farmer of his village, Kewal shifted part of his 16 hectares (ha) farmland to DSR in the first year. The yield increased and the input cost reduced by ₹7,000 per ha. He kept bringing more land under DSR every year and this year, when the labour shortage was extreme, he used DSR on his entire farmland.

There is no nationwide official data on how much rice in India is grown through DSR. M L Jat, principal scientist with Mexico-based CIMMYT (International Maize and Wheat Improvement Centre), estimates that about 10 per cent of India’s 44 million ha under rice cultivation is through DSR.

In the past few decades, many state governments have been encouraging farmers to move to DSR because it is easier on the environment, but without much success. Most recently, the Punjab government, on April 16, issued a statement citing a Punjab Agricultural University (PAU) study asking farmers to shift to DSR (see ‘Overall gains’). Since June, when kharif sowing started, 0.7 million ha has been brought under DSR in Punjab, says the state government, as per media reports. “The government did not try hard enough to popularise DSR all these years. But covid-19 has done the trick,” says B S Rajewal, president of Bharatiya Kisan Union’s Rajewal unit in Punjab.