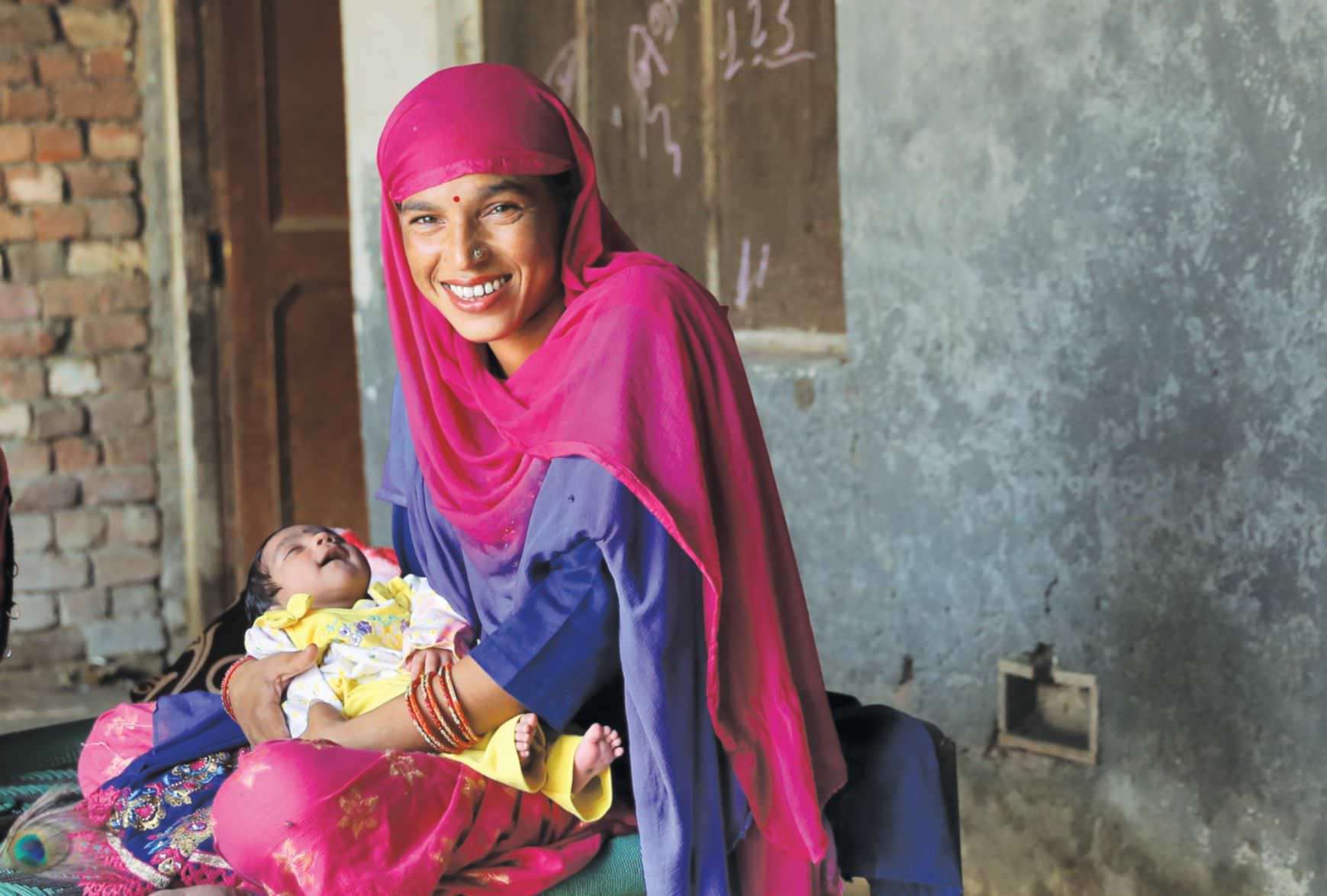 India's most ambitious health insurance scheme, Pradhan Mantri Jan Arogya Yojana, is definitely a lure. Millions of Indians bleed to pay their ever-increasing medical expenses in private healthcare and end up becoming even poorer. Experiences of public-funded health insurance schemes in the last decade show that these initiatives have not been effective as they are not supported by the proportionate creation of public health systems. India simply doesn't have enough well-equipped public health infrastructure. So what does this new scheme mean for millions of poor and sick people? KUNDAN PANDEY travels to Rajasthan, Tamil Nadu, Haryana, Telangana and Kerala to understand what the new scheme needs to be cautious about.

ON AUGUST 15, Karishma acquired a new identity. By lottery, she was chosen as the first beneficiary of the world’s largest government health insurance scheme—Pradhan Mantri Jan Arogya Yojana (PMJAY). “First claim raised under #AyushmanBharat. A baby girl is born through caesarean section at Kalpana Chawla Hospital in Haryana. Claim of R9000 paid to the hospital by Ayushman Bharat-Haryana…,” tweeted Dinesh Arora, deputy chief executive officer, Ayushman Bharat, under which PMJAY will be implemented. Her family is already basking in the glory of this superlative. Every breath of Karishma will be now tracked, literally.

Her family’s new-found happiness represents what a health insurance scheme means to an economically challenged household. For such families, 70 per cent of spells of ailment are treated in the private sector, which is three times more expensive than treatment in public sector hospitals. It must be remembered that 86 per cent of India’s rural population is not covered under any health expenditure support, according to the National Sample Survey Office’s (NSSO’S) 71st round of survey on health. The ₹9,000 reimbursement to the hospital, where Karishma was born, is a huge sum given that India’s per capita annual expenditure on healthcare is ₹13,000.

But the challenges are overwhelming. The National Crime Records Bureau says that 0.38 million people committed suicide in India between 2001 and 2015 due to lack of treatment facilities. This is 21 per cent of the total suicides in the time frame. According to NSSO, outstanding loans for health reasons doubled between 2002 and 2012. So it is expected that the roll-out of PMJAY will be a watershed moment for India’s public health sector. As Amitabh Kant, CEO of Niti Aayog, said recently at a meeting that the scheme would increase the public spending on health to around 4 per cent. At present, it is around 1 per cent, and the government has often been berated for such a low spending. On September 25, PMJAY will be officially launched. The first beneficiary, Karishma, was registered as part of the pilot testing of software to identify beneficiaries. Transaction management is taking place in states and Union Territories that have adopted the scheme.

WHAT THE SCHEME OFFERS

The new health insurance scheme is one of the two initiatives under the ruling National Democratic Alliance’s (NDA) Ayushman Bharat Programme. PMJAY or the National Health Protection Scheme announced in this year’s budget promises an insurance cover of ₹5 lakh to over 100 million poor and vulnerable families. The family members—around 500 million—would be able to access SECONDARY and tertiary healthcare facilities under this scheme. With this scheme, the government hopes to deliver on its commitment to provide “Health for All” and “Universal Health Coverage” which are the basis of India’s National Health Policy, 2017. The other initiative under Ayushman Bharat is the creation of 0.15 million health and wellness centres across the country. The first centre was inaugurated on April 14, 2018 in Jangla in Chhattisgarh.

The website of the scheme says the benefits are portable across the country and entitlements would be decided on the basis of the deprivation criteria in the 2011 SocioEconomic Caste Census. Patients can go to both public and empanelled private facilities for treatment and the payments will be done on package rate basis. Niti Aayog has been given the responsibility to create an IT platform to ensure a paperless and cashless transaction. The beneficiaries will not need a special card. Their Aadhaar numbers will suffice.

For Prime Minister Narendra Modi, this is an important electoral promise. The manifesto of BJP for the 2014 General Elections promised “health assurance to all Indians and to reduce out of pocket (OoP) spending on healthcare”. While preparing for the grand roll-out in 2016, the NDA government made the promise to cover one-third of India’s population with an upper insurance coverage of ₹1 lakh per year. The new scheme has increased this limit by five times.

The earlier insurance programme, the Rashtriya Swasthya Bima Yojana (RSBY)— launched by the previous United Progressive Alliance government—had not shown impressive results. In the last two years alone, the number of enrolled families has dropped from 41.3 million in 2015-16 to 36.3 million in 2016-17. The participating states too have come down—from more than 25 to 15.

PMJAY is haunted by the country’s earlier efforts in health insurance. Health is a state subject under Indian constitution. But the Union government has been playing a major role in terms of budgetary support and launching participatory schemes like PMJAY. By the first week of September, 29 states and Union Territories had adopted PMJAY. In many ways, the scheme’s success is conditional to how states will implement it.

Many surveys suggest that despite these schemes, health insurance coverage stands at 11-12 per cent. There is no centralised data on the amount of claims that have been disbursed. Performances and experiences—both positive and negative—of these schemes are, thus, prudent lessons for the country’s most ambitious health insurance scheme. Down To Earth (DTE) travelled to five states to make sense of these schemes’ performances. Our verdict: these have, so far, failed to help the poor.

Take the case of Ramudi Bai, a 50-year-old labourer in Chittorgarh district of Rajasthan. In September last year, while working on a road being laid between Bakshi to Mangari, a small religious place in Chittorgarh, she collapsed. She was rushed to the local community centre in Bakhshi, but the treatment did not work. Her family then took her to Sri Siddhivinayak Hospital & Heart Care Centre, a private hospital, 27 km away in Bhilwara. Her family was not worried as Ramudi Bai was a beneficiary of Rajasthan government’s Bhamashah Health Insurance Scheme (BHIS), which provided the family with a coverage of ₹3 lakh. Her son, Rupesh Kanjar, presented the insurance card to begin the registration process, but the hospital authorities told him that the formalities would be done the next day. The next day, the hospital authorities scolded them for not submitting the card the previous day. Finally, Ramudi Bai was not able to access the benefits of the insurance scheme.

The family slipped into a debt trap just like millions of Indians unable to pay health expenses. Her family mortgaged their small piece of land for R30,000. With this, they cleared the dues for the seven days treatment for typhoid. The rest of the treatment was administered at home and the total amount spent on treatment amounted to ₹45,000. Insurance did not help them much.

The government claims otherwise. Ashish Modi, Joint CEO of Rajasthan’s State Health Assurance Agency, says that two-thirds of state population are enlisted in the scheme and 89 per cent of villages have been covered. He doesn’t have an answer for Ramudi’s dilemma. “There is toll-free number given on the website. She should have called in case of a problem,” he says.

Rajasthan is not the only state where people do not benefit from government insurance schemes. Forty-two-year-old Lakshmi lives in Ganganagar, Chennai, Tamil Nadu, and is a beneficiary of the “Chief Minister Kalaignar Insurance Scheme for Life Saving Treatments” which was later rechristened as “Chief Minister’s Comprehensive Health Insurance Scheme”. This scheme covers 13.4 million families who have an annual income of ₹72,000 or less and provides a security of ₹4 lakh over four years (₹1 lakh every year).