Space Junk: A Catastrophe On The Horizon 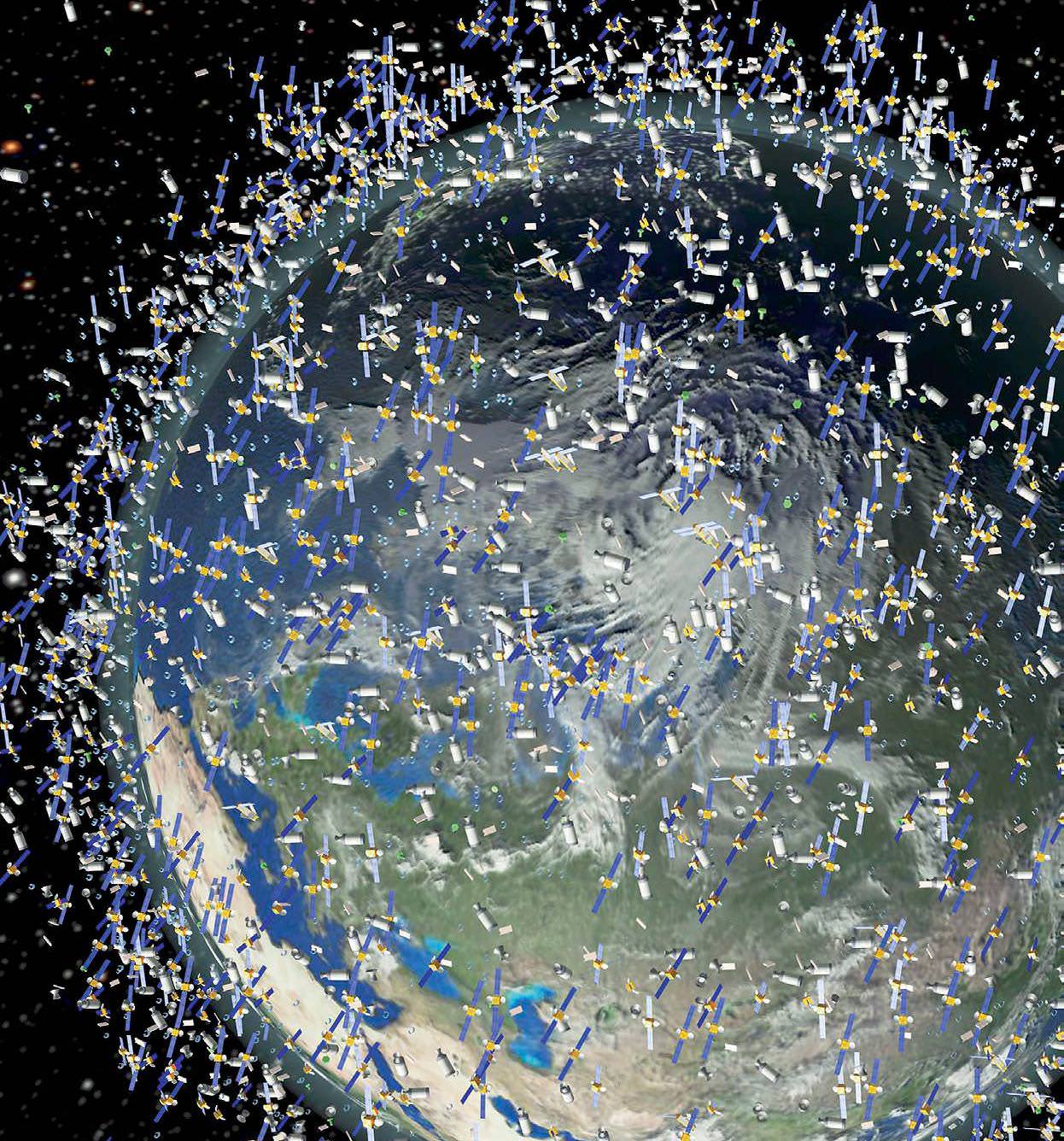 More and more junk is cluttering space, threatening our satellites and rockets.

OUT IN THE BLACKNESS OF SPACE  two astronauts are repairing the Hubble telescope and enjoying glimpses of their blue planet in the distance. At the same time, Russia decides to test an anti-satellite missile. Within minutes, the debris shower takes out the space shuttle and damages the International and Chinese space stations. Will the astronauts survive?

Many readers will recognise the plot of the movie Gravity. Fewer may know that on 10 February 2009, a real space nightmare came true. A satellite belonging to Iridium Communications relaying data to and from mobile phone users was passing over Siberia’s Taymyr Peninsula. At 16.56 GMT Iridium 33 was there; at 16.57 it was not. It had collided with a dead Russian military communications satellite. Weighing one tonne and travelling at a relative speed of 12 kilometres per second, the Kosmos 2251 satellite hit Iridium 33 with three times the kinetic energy of an Airbus A380. Both spacecraft disintegrated, scattering wreckage far and wide.

The loss of one of its 66 satellites was a blow to Iridium, but what caused sleepless nights for satellite operators and space agencies everywhere was the floating debris. The US Space Surveillance Network catalogued more than 2,000 fragments bigger than a grapefruit from the collision and a much greater number of smaller ones. At the speeds required for low-Earth orbit, an object the size of a marble can cripple a satellite or punch a hole in a space station. The Iridium-Kosmos crash did not cause the kind of devastation depicted in Gravity. But there was a tense moment or two: the International Space Station had to make an evasive manoeuvre to avoid a piece of Iridium-Kosmos debris as did other satellites. Around the globe, space agencies suddenly woke up to the threat posed by the thousands of tonnes of objects – operational and dead – cruising in low orbit.

For Donald Kessler it was a Cassandra moment. He’d been predicting a catastrophe of this kind for more than 30 years. A former head of NASA’s orbital debris program, he foresaw that if we continued to launch satellites and leave their paraphernalia floating in orbit, collisions would be inevitable. Each could produce a debris shower capable of crippling other satellites in a chain reaction – a scenario that came to be known as the Kessler syndrome. If nothing is done our planet could end up ringed with a deadly debris belt spelling the end of the satellite age.

Kessler’s warnings convinced space agencies to take measures such as directing defunct satellites and used upper stage rockets to re-enter the atmosphere and burn up. But this could be too little too late. Kessler and others believe that the Iridium-Kosmos collision signals that we have entered a new and more dangerous phase. A collision of this scale will likely happen more than once per decade – a Gravity scenario playing out in slow motion. If we are to avoid the Kessler syndrome there is only one solution: to hunt down the largest pieces of space junk and remove them from orbit at a rate of at least five objects per year for the next 100 years.

The problem is that no one yet knows how to snare a nine-tonne piece of tumbling space hardware and drag it towards re-entry. And the estimated cost of removing such objects is astronomical. Space agencies can be forgiven for not rushing to start the costly and unglamorous job of sweeping up our orbital back yard.

For Kessler and others, the space junk problem is akin to that of climate change. We’re dumping junk and storing up problems for the future; but scientists can’t say with absolute certainty that the dire warnings will come true.

So what do you do? Pay a fortune to tackle a problem that may or may not emerge, or do nothing and hope for the best? 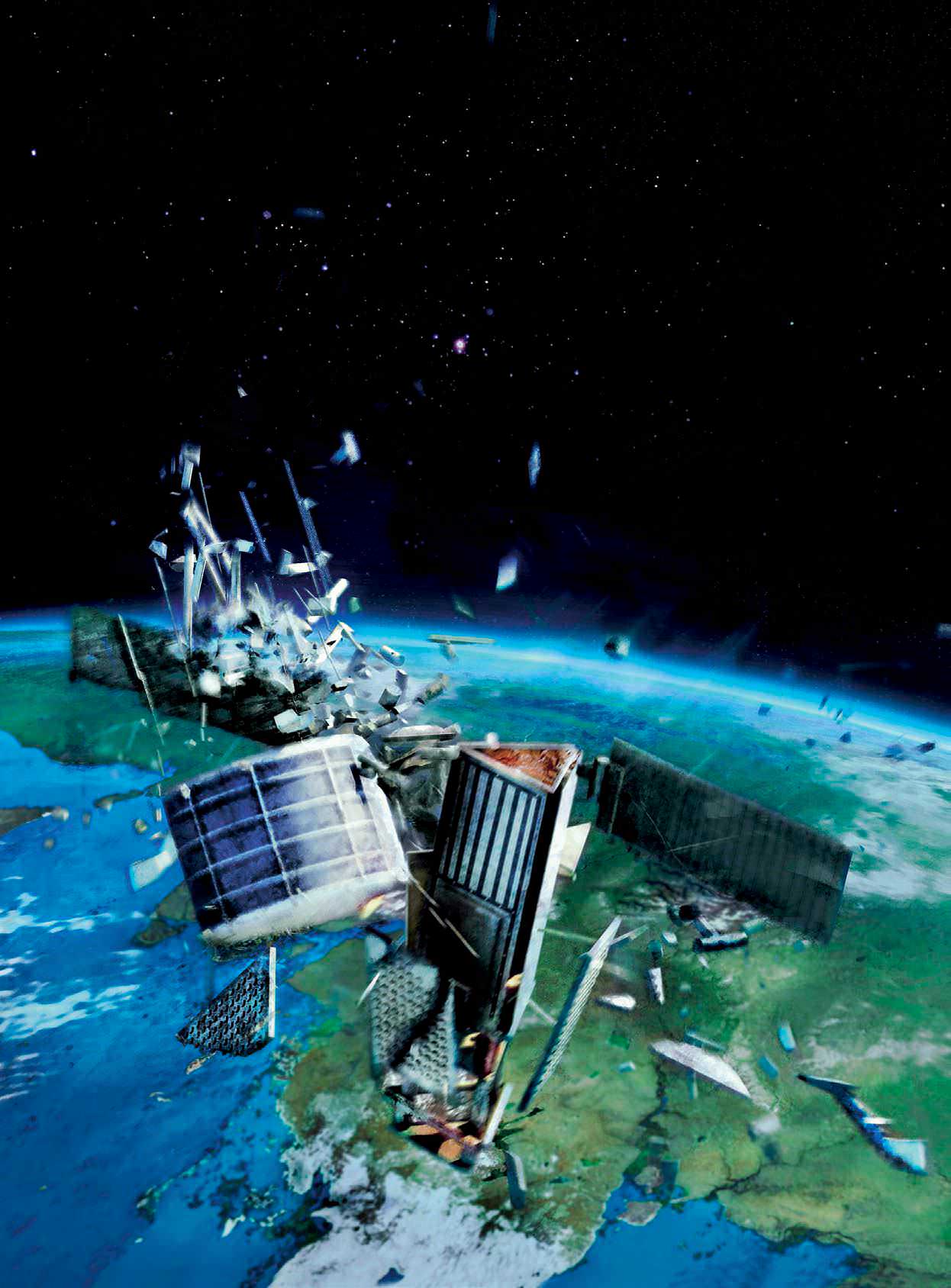 Back in the 1960s when Kessler started working for NASA, the big safety concern was space rocks – tiny micrometeoroids weighing less than a gram that drift through the Solar System. He tracked them using telescopes and radar; studied samples collected from the stratosphere by high-flying aircraft; and scrutinised returned spacecraft for the damage they caused.

MORE STORIES FROM COSMOS MAGAZINEView All