How Dow Chemical Is Turning Sewage Into a Refreshing Drink 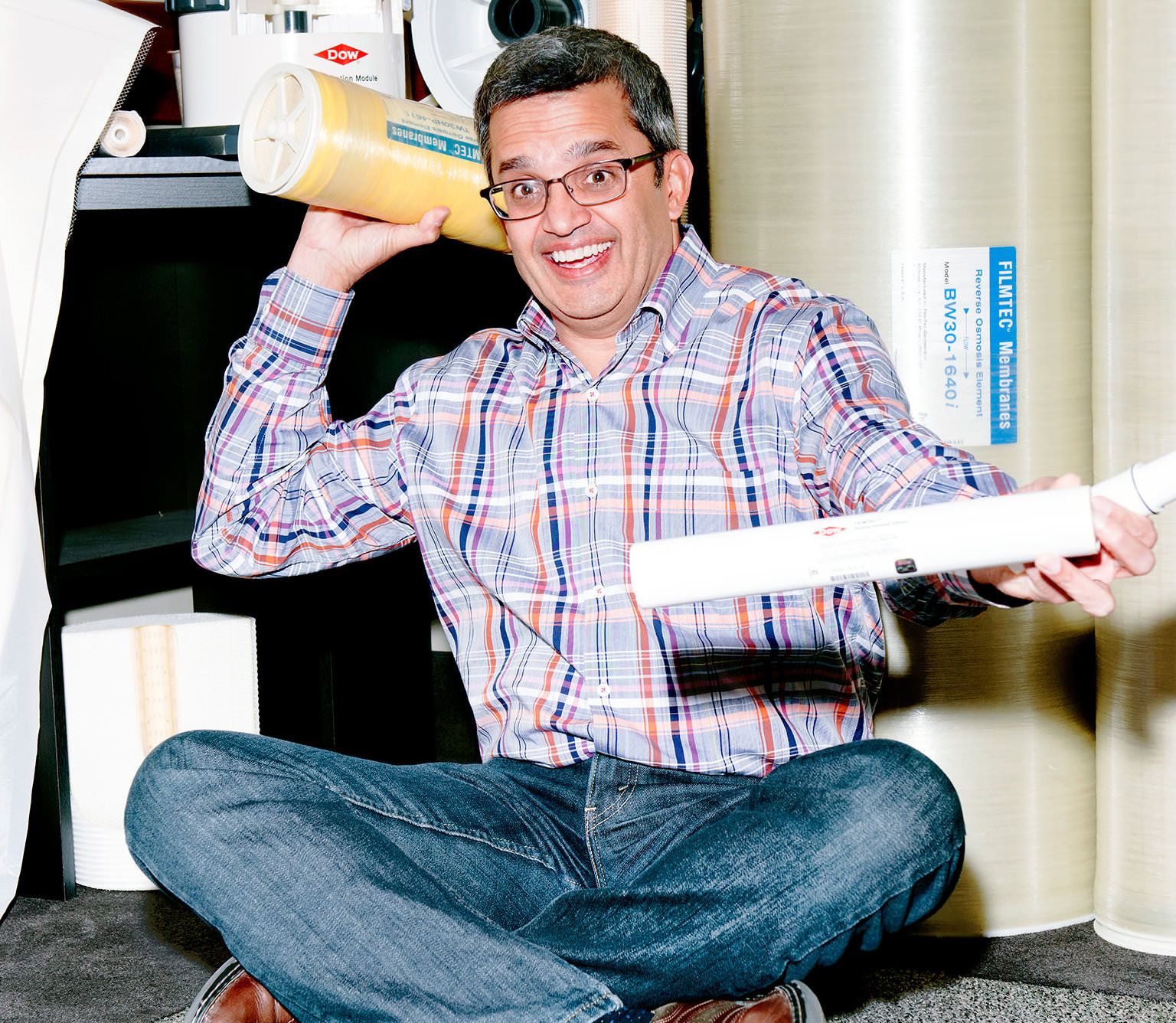 Dow chemical is turning sewage into a refreshing drink.

This is step one of the filtration process,” says Snehal Desai, struggling to suppress his gag reflex. “We call it the big-tooth comb.” There’s a torrent of raw sewage streaming through a channel below us at an Orange County Sanitation District facility that treats waste from the toilets, showers, and sinks of 1.5 million Californians. An enormous rake descends into the depths of the sludge and brings up a load of detritus—cardboard, wet wipes, tampons, marbles, toys, tennis balls, sneakers—that can’t fit through the screen covering the plant’s intake. The flow that passes through has now begun its journey in an advanced purification process, and that’s what Desai and I have come to see. This plant is right next to the county’s water treatment facility, and together they perform a kind of alchemy, converting human sewage into purified water so clean it can go right back into residential faucets. The plants pump out 100 million gallons of drinking water daily, enough to supply 850,000 Orange County residents, which makes this the largest “toilet-to-tap” facility on the planet.

For decades, sewage has been treated and used for irrigating crops, parks, and golf courses, but making it fit for human consumption requires a much more rigorous filtration technology using polymer membranes. No thicker than a human hair, the membranes are at once delicate and durable. Using pores smaller than one-millionth of a millimeter, they’re capable of wiping out microscopic contaminants.

That’s Desai’s specialty—manufacturing membranes that cut the crap, literally, from sullied water. He’s come to see his products at work in the plant, which has become a global proving ground for toilet-to-tap technology. Desai is 52, but even with his salt-and-pepper hair he looks a decade younger, wearing jeans, a pastel plaid button-down, and thick-framed glasses. The global business director for the water division at Dow Chemical, he pulls in more than $1 billion in sales annually. The membrane market is growing more than 10 percent a year in part because of increasing water scarcity worldwide and ever more pressure to develop drought-proof water supplies from new sources.

“Recycled wastewater will probably be the single largest source of water for California over the next quarter century,” says Tim Quinn, executive director of the Association of California Water Agencies. “And it isn’t just happening here—the same goes for many water-strapped regions of the world.” San Diego recently announced plans to produce 33 percent of its water from recycled sewage by 2035, up from none today, and is designing a toilet-to-tap facility even bigger than Orange County’s. Governments in Australia, China, India, Israel, and Spain, and throughout the Middle East and sub-Saharan Africa have developed recycled wastewater systems for irrigation; many are beginning to convert their systems to make drinking water. Singapore has the largest program, producing a third of its potable water from sewage.

When you see and smell the noxious muck that courses into a sewage plant and consider everything it holds, it’s hard to believe the purification process is even possible. It’s harder still to accept that the end result can be delicious. “The purity you get from this process is quantifiably better than the water you get from traditional treatments— better even than some bottled water,” Desai says. “What flows from our membranes is essentially the Rolls-Royce of municipal water.”

Dow Chemical is the company that gave the world napalm, Agent Orange, silicone breast implants, and plutonium triggers for hydrogen bombs. “If not Dow, then who?” Desai asks. The company has been a dominant player in advanced materials engineering for more than a century; it does business in 180 countries and has revenue of $57 billion a year. “The future water supply is a big-ass problem,” he says. “We’ve got growing urban populations, growing industries, and dwindling resources. Who can tackle something of this magnitude? You need patience and horsepower to come up with solutions and to scale them. You can’t do that without big-boy company money.”

There’s one lingering hitch: the gross-out factor. Even given the desperation of drought, drinking your own waste is nobody’s first choice. “Accepting recycled waste water is kind of like being asked to wear Hitler’s sweater,” says Paul Rozin, a social psychologist at the University of Pennsylvania who’s researched consumer response to toilet-to-tap programs. “No matter how many times you clean the sweater, you just can’t take the Hitler out of it.”