Where Are All The Habitable Planets? 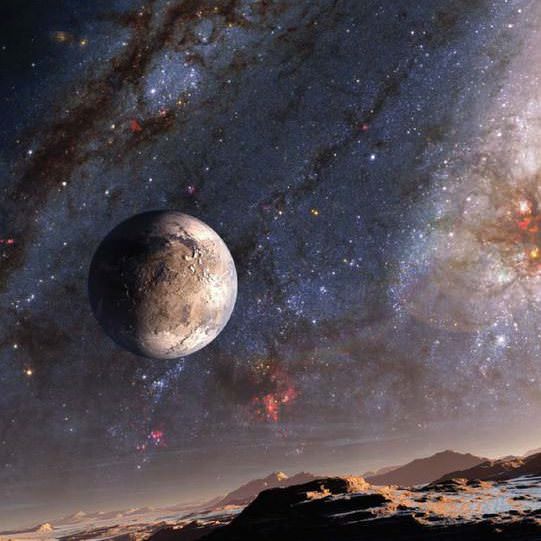 The number of known planets is increasing all the time, but how soon can we expect to find life? Stuart Clark takes a closer look.

Back in March, a team at the Niels Bohr Institute in Copenhagen used a 250-year-old equation called the Titius-Bode Law to predict the number of habitable planets. The researchers stated that billions of stars will have one to three planets in their ‘Goldilocks Zone’, also known as a habitable zone (see p56). While the law gives a simple means of predicting the orbits of planets around a star, it isn’t particularly accurate – even when applied to the Solar System.

Still, a lot of researchers believe that there are a significant number of Earth-like planets out there somewhere, many even within the Milky Way.Astronomers call these Earth-like planets ‘Earth analogues’. At the time of writing, there are 1,211 known planetary systems, with 482 of those sporting more than one planet. The current total of known planets sits at 1,918. These numbers increase all the time as new discoveries are made by various space programmes. Some of the planets so far observed are Earth-sized, some are in similar orbits to Earth, and some are around Sun-like stars. But not a single one ticks all three of these criteria. Astonishingly, of these hundreds of planets, not one is Earth’s twin. Does this mean that Earth analogues are rare? With several missions planned for the coming years by NASA and others, will we soon find our planet’s sibling?

Prof Geoffrey Marcy, from the University of California at Berkeley, was one of the first people to find planets around other stars. Back in 1995, he began reporting a string of planetary discoveries that continues to this day. In 2013, he and two colleagues began to wonder how close the nearest Earth-twin might be.

To find out, they trawled through data collected by the Kepler telescope. Launched in 2009, it continually monitored 145,000 stars until 2013, when a malfunction in its guidance system ended the mission. Marcy and colleagues analysed data from 42,000 stars in the survey. The signature they were looking for was a dimming in the star’s light. When a planet passes in front of its parent star, its silhouette dims the star slightly and the telescope can measure this.

Using this technique, they discovered 603 planets. Ten were more or less Earth-sized and received something comparable to the light that Earth receives. None of the planets were Earth’s twin, but in analysing the results statistically, they reached the conclusion that one in five Sun-like stars could harbour an Earth analogue.

“When you look up at the thousands of stars in the night sky, the nearest Sun-like star with an Earth-size planet in its habitable zone is probably only 12 lightyears away and can be seen with the naked eye. That is amazing,” said UC Berkeley graduate student Erik Petigura, who led the analysis of the Kepler data.

To help quantify the Earth-like properties of a planet, astronomers have concocted the Earth Similarity Index (ESI). It looks at a planet’s radius, density, escape velocity and surface temperature and compares it to Earth. Planets are given a grade on a scale between 0 and 1, with a score of 1 indicating a planet exactly like Earth.