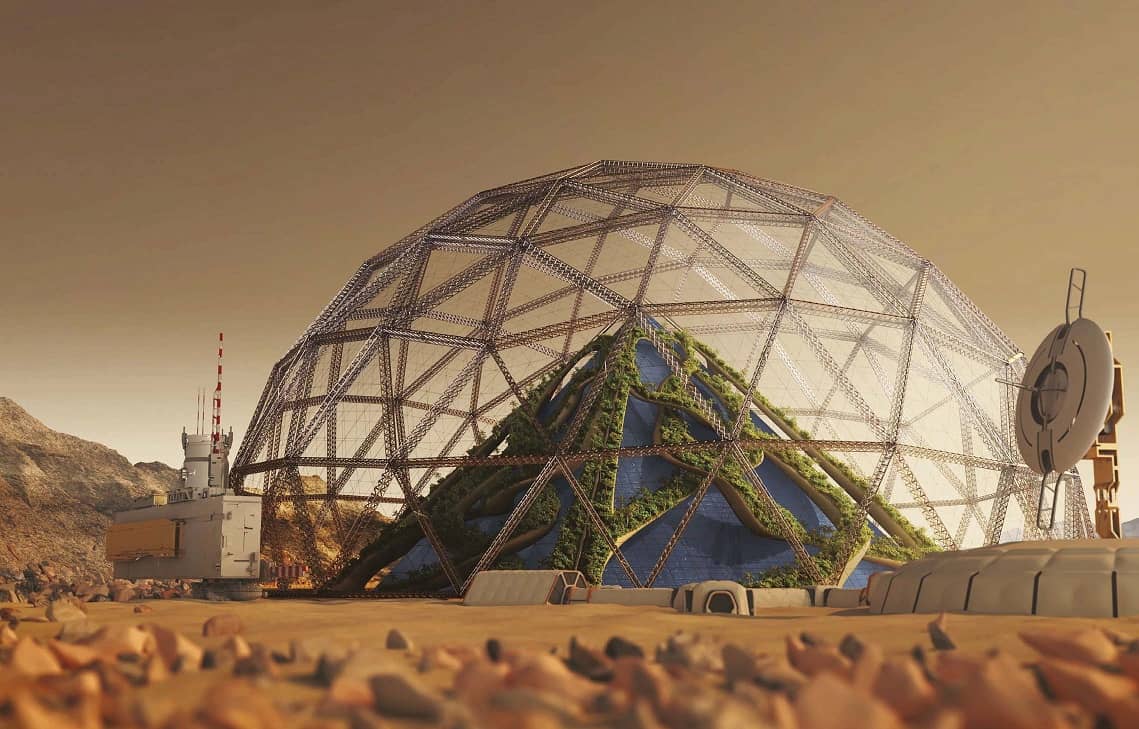 If humans are to stand a chance of successfully setting up a colony on Mars, we’re going to need to figure out a way of producing food on the Red Planet

Four years ago, in 2016, Wieger Wamelink, a plant ecologist based at Wageningen University, sat down at the New World Hotel in the Netherlands with 50 guests for a one-of-a-kind meal. Things might have looked ordinary enough from a quick glance at the menu, if maybe a little cheffy – pea puree appetisers to start, followed by potato and nettle soup with rye bread and radish foam, then carrot sorbet to finish.

But the thing that made it such an extraordinary occasion was that all the vegetables used to make the meal had been grown in simulation Martian and lunar soils by Wamelink and his team.

Since then, they have grown an impressive 10 crops, including quinoa, cress, rocket and tomatoes using simulation soils produced using crushed volcanic rocks collected here on Earth. The team produced their simulant soil by grading the particles of rock into different sizes and mixing them in proportions that match rover analyses of the Martian soil.

The soils were initially developed so that rovers and spacesuits could be tested on Earth to see how well they handled the surface materials of Mars and the Moon. Few thought that the soils could ever actually be farmed.

For a start, there were concerns about the texture of the soil, especially after early attempts to farm model lunar soils struggled as a result of tiny, razor-sharp rock fragments that punctured the plants’ roots. On Mars, though, the movements of ancient water and ongoing wind erosion have left a far more forgiving surface covering on the planet, and the simulation soils have proved to be successful.

Nutritionally, Wamelink says there’s no difference between the ‘Martian’ crops and those grown in local soils, and when it comes to flavour he was most impressed by the tomatoes’ sweetness.

Wamelink and his team are now attempting to improve crop yields by infusing the simulation Mars soil with nitrogen-rich human urine, a resource likely to be readily available on crewed missions to the Red Planet. He also plans to introduce bacteria that will fix more atmospheric nitrogen, and also feed on the toxic perchlorate salts present in Mars soil.

Elsewhere, at Villanova University in Pennsylvania, Prof Ed Guinan and Alicia Eglin are leading the Red Thumbs project, and have had several successes in farming their own Martian simulant. Initially derived from rocks gathered in the Mojave Desert, the Villanova researchers have augmented their model soil with earthworm farms, due to the animals’ ability to release nitrogen from dead organic matter through their burrowing and feeding.

The Red Thumbs project made headlines in 2018 when the international media got excited about the prospect of Martian beer, after Guinan and Eglin’s team managed to successfully produce barley and hops. 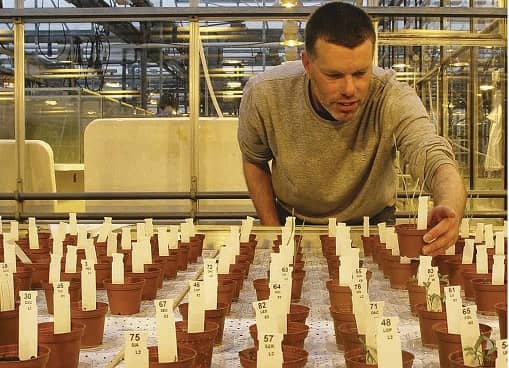 ALL THE SALAD YOU WANT, BUT NO CHIPS