THE NEXT GIANT LEAPS 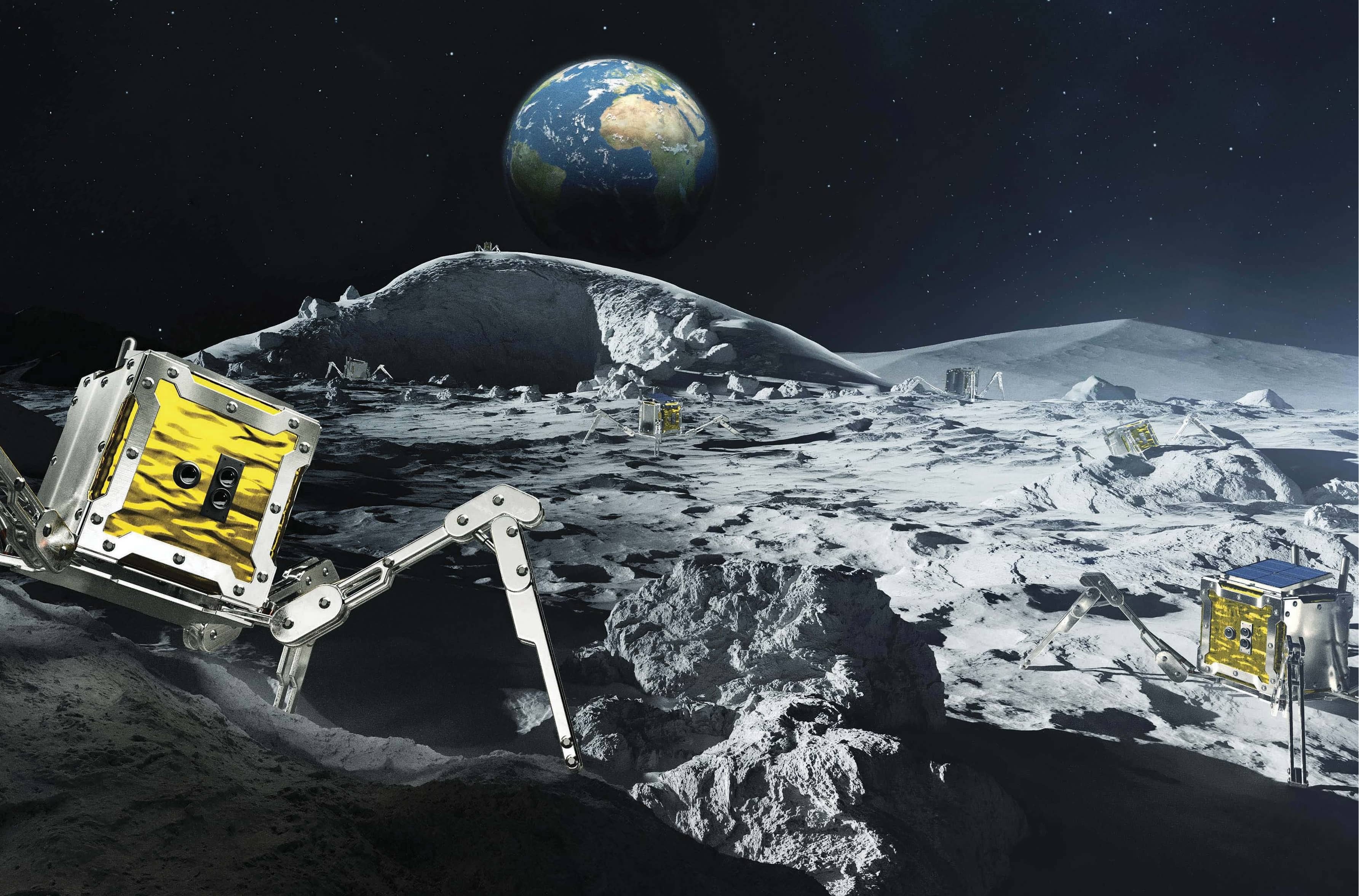 From spider robots to antennas on the Cornish coast, these UK-based projects are laying the groundwork for a permanent station on the Moon. Wallace and Gromit would be proud…

A bout this time next year, a small robotic spider may be taking its first tentative steps on the Moon. It’s not exactly The Spiders From Mars, but the late David Bowie will have played a part in getting it there.

Pavlo Tanasyuk, CEO and founder of the British company Spacebit, remembers once listening to David Bowie’s The Rise And Fall Of Ziggy Stardust And The Spiders From Mars and wondering about one-day building rovers with legs rather than wheels. The idea lay dormant until Tanasyuk was visiting a friend at the Japan Aerospace Agency (JAXA), and mentioned his long-held idea of a spider robot on Mars or the Moon. The friend responded immediately with the Japanese proverb of the asagumo, the morning spider who brings fortune. “That’s when it clicked and I decided that we actually should be doing this rover,” says Tanasyuk.

He incorporated the UK company Spacebar to begin developing the asagumo spider robot. The launch is now scheduled for July 2021, onboard the Peregrine lander that has been developed by the private American company Astrobotic. Peregrine will be flown on a Vulcan Centaur rocket, and if all goes to plan, asagumo will be the UK’s first lunar lander.

Walking on the Moon is tricky because of the regolith, which is the layer of rock fragments and dust that covers the lunar surface. For a walking rover, the dangers are two-fold. First, the legs can sink into this layer, impeding the movement. Second, the dust and fragments can get into the articulated parts of the legs and the motors, causing them to cease up.

To overcome the first problem, Spacebit is designing the legs to look more like ski poles, which have pads on the end to stop them from disappearing beneath the surface. As for the second, it is a risk that the team is willing to take because they don’t want their rover to walk on the surface indefinitely, just long enough to get to their real target: a lunar lava tube.

A lava tube is a natural tunnel formed by rivers of lava fllowing away from a volcano. The top of the flow is exposed to the cooling air, and gradually hardens to solid rock, forming a roof over the lava flow. When the lava has all drained away it leaves an empty lava tube. Since the Moon was once volcanically active, there are thought to be an abundance of lava tubes there.

Inside a lava tube, there is much less dust but more rocks, so legs are actually better suited to clambering over obstacles. “We already did tests in the lava tubes of Mount

Fuji in Japan. I went inside the lava tube with the rover, and we tested how it walks. Basically we can see that the legs are better suited for the lava tubes than wheels [as legs let the robot clamber over obstacles],” says Tanasyuk.

There are some lava tubes in the vicinity of the Peregrine lander’s touchdown area, and one of these will be the first target for the asagumo. The reason for the interest in lava tubes is that human bases may one day be constructed inside these natural rock formations.

While Spacebit may be sending the UK’s first Moon lander, it is far from the only UK space mission that is currently in development. Indeed, it is just the tip of the lunar iceberg… 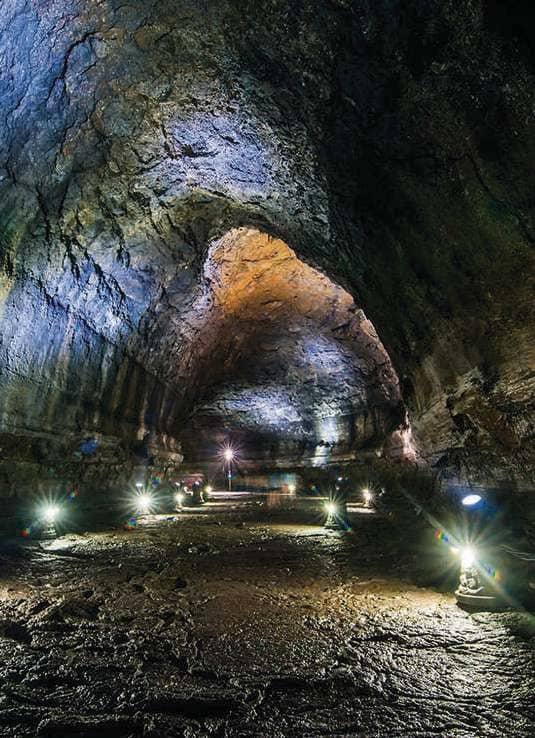 WHY SHOULD WE EXPLORE LAVA TUBES?