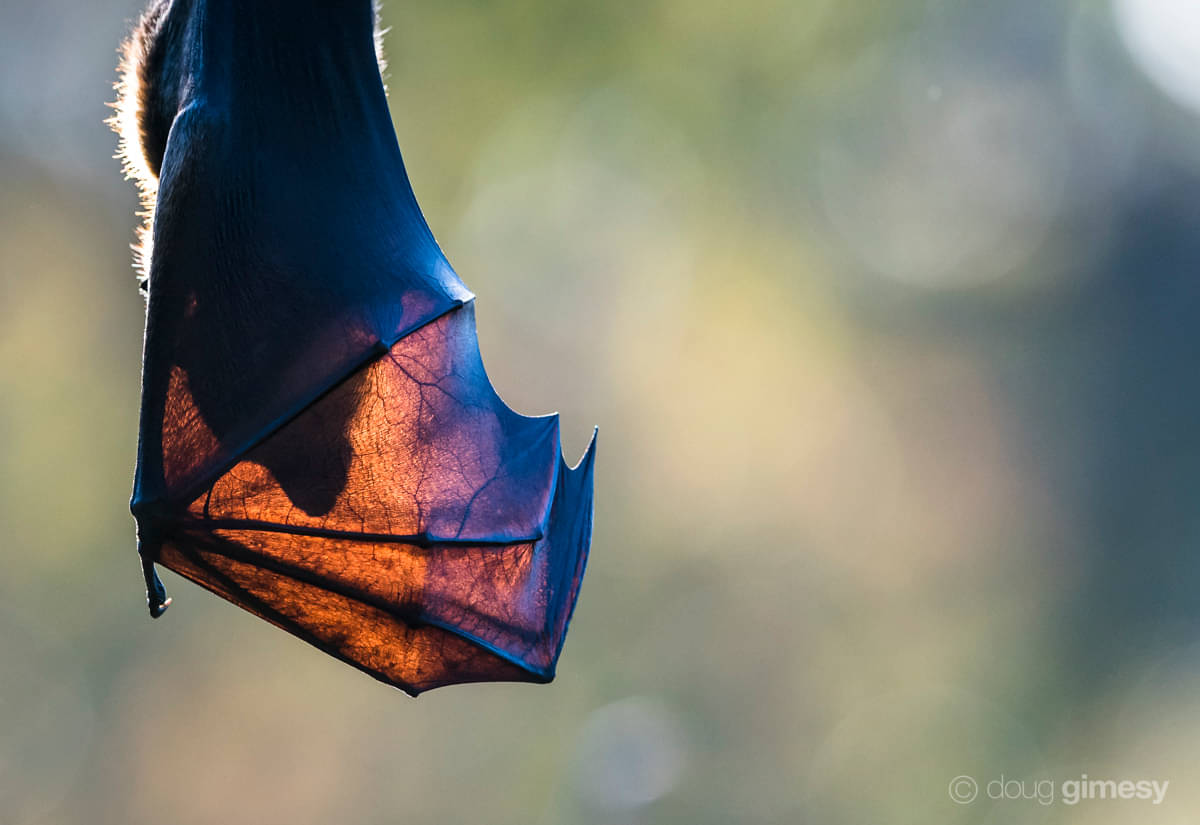 The grey-headed flying-fox is facing increasing threats and an uncertain future.

AS HE SUN dips below the far horizon, a small crowd – gathered on a hill to view the sunset silhouette the Melbourne skyline – starts drifting away. If only they’d waited another 15 minutes they’d have witnessed an even greater spectacle than just another sunset over a big city – the daily exodus of up to 50,000 grey-headed flying-foxes from their urban sanctuary to Melbourne’s suburbs and beyond.

“I don’t think most people appreciate how lucky we are to have this right on our doorstep, just 5km from the city,” says Stephen Brend, the Parks Victoria ranger responsible for the flying-foxes at Yarra Bend Park. “What an incredible spectacle it is to witness flying mammals, some with wingspans of more than a metre, crossing a major city at night. I’ve worked all over the world and seen the animal migrations in Africa, but this flyout is certainly one of my favourite wildlife experiences – and it’s so easily accessible.”

Also known as a fruit bat, the grey-headed flying-fox is a megabat and one of four mainland flying-fox species found in Australia. The others are the black flying-fox, spectacled flying-fox and little red flying-fox.

Apart from an obvious size disparity, flying-foxes differ in many ways from smaller microbat species. “Most smaller bats tend to roost in dark places such as caves, mines, tree hollows and under bark, and rely on echolocation to navigate and find food – usually insects,” explains Dr Justin Welbergen, animal ecologist at the Hawkesbury Institute for the Environment, Sydney, and president of the Australasian Bat Society. “Many of the smaller species don’t travel long distances in search of food but rather go into torpor when supplies are low.

“Flying-foxes, on the other hand, roost among the branches of tall trees, possess keen eyesight and a powerful sense of smell, and travel epic distances in search of ephemeral sources of nectar, pollen and fruit.” But where do those heading out en masse nightly across Melbourne go?

Like many of the human residents of the southern capital, when the sun goes down the city’s flying-foxes head out for dinner – in their case hoping for a meal of pollen and nectar from flowering eucalypts, banksias and melaleucas, as well as rainforest fruits. These native plants, however, aren’t as plentiful as they once were, so flying-foxes have been turning to introduced fruits commonly found in suburban gardens to avoid starvation.

Whether they’re dining on native or exotic food, it’s when flying-foxes drop in for dinner that most people get their first close-up encounter with these amazing flying mammals.