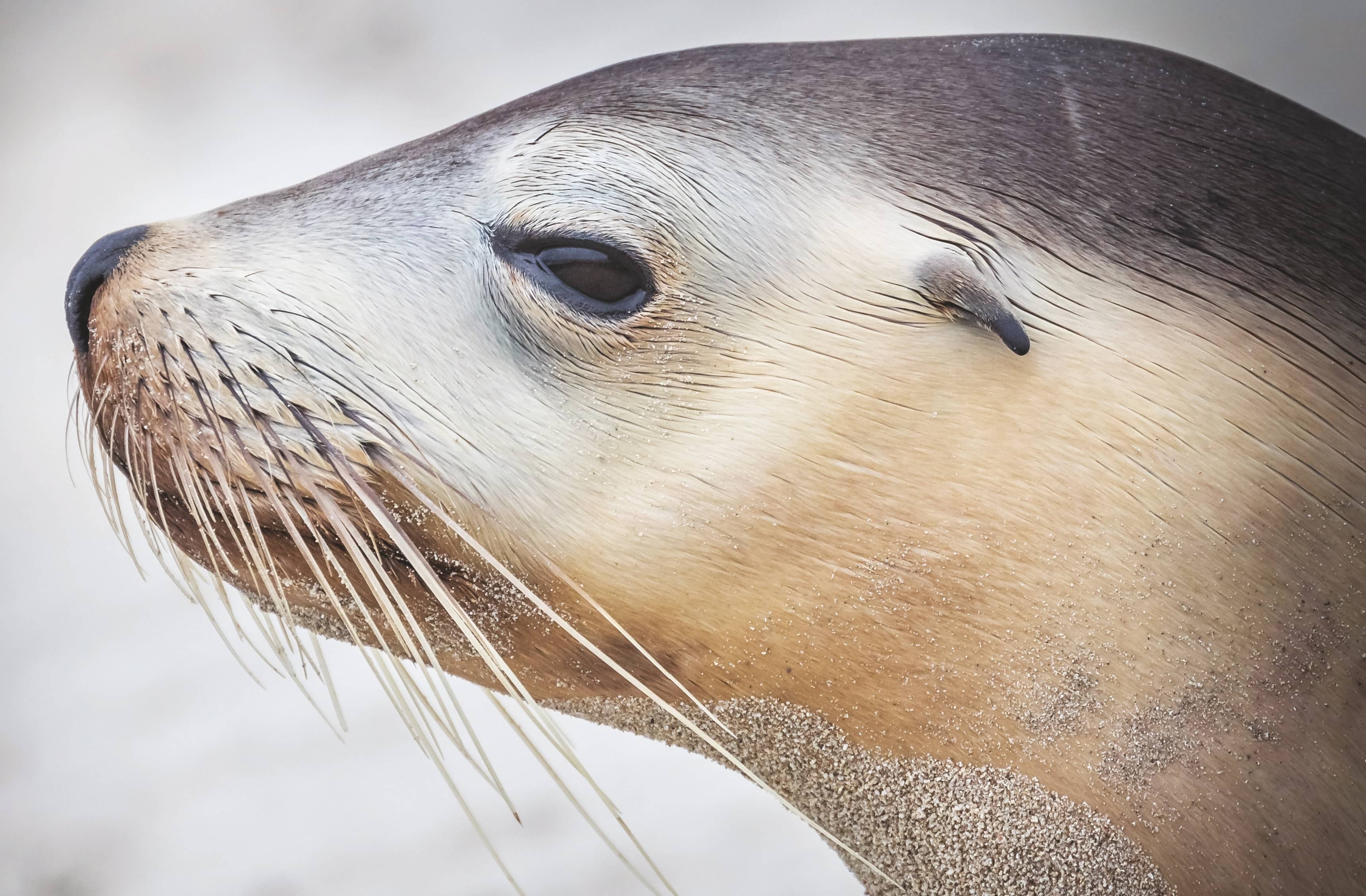 The question is directed to Dr Rachael Gray and her research team, who’ve been bustling around a sea lion pup, collecting samples and data in a finely tuned exercise that takes less than 10 minutes. The answer will mean either a chance at life or a possible death sentence for the little mammal.

It is the 145th pup caught and assessed like this at the Australian sea lion (Neophoca cinerea) colony on Kangaroo Island (KI), 170km from Adelaide, since breeding began here in May this year. A similar process will be repeated at least a dozen times today and through the coming weeks until 180 new pups have been caught, with each recaptured for monitoring up to three times during the season. 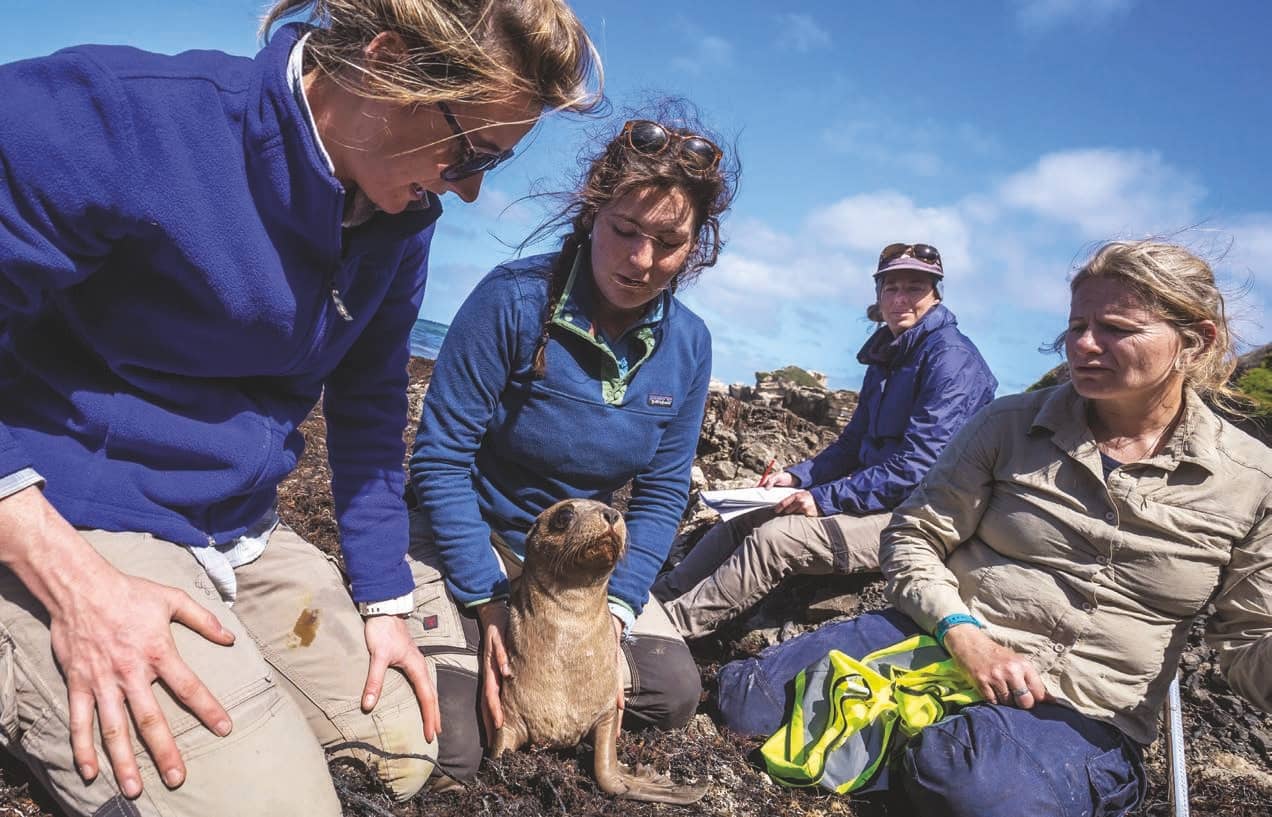 This pup’s a female that has been weighed at 11.6kg and measured at a length of 74cm, indicating she’s less than six weeks old, young enough to be included in this landmark trial for the species led by Rachael, a senior lecturer in veterinary pathology at the University of Sydney. Blood has been drawn from a vein in one of the pup’s front flippers and a fur sample clipped from her back, where she’s also been bleached with a distinctive code as a short-term way of recognising her from afar in the colony for the 3–4 months before she moults her soft lanugo fur.

For long-term identification a microchip has been inserted under the skin. If she survives, it will allow her to be followed through to adulthood, when she may produce her own pup at about the age of six years and perhaps several other offspring spaced more than 18 months apart, if she lives to her species’ upper age range.

“Rate: 16,” calls Shannon Taylor, one of Rachael’s PhD students. It’s a breaths-per-minute respiratory rate that indicates the pup’s stress level. Normal is eight, and a worrying level would be up near 30, Shannon explains. “We rarely see that, but if it does rise too high, we release them quickly and monitor them closely from a distance afterwards to ensure they are okay.” The pup’s head has been covered by a loose canvas bag since she was captured, to reduce stress and prevent overstimulating her senses. 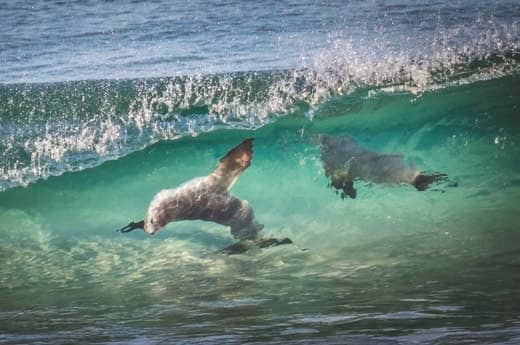 “There, there little one,” Mariel Fulham, another of Rachael’s PhD students on the project, says softly as she gently runs her hands over the pup’s back. “Condition is fair,” she calls to Mel, who’s writing everything down. “No lice on belly or back; low numbers on the chest.”

The final and, judging from her yelp, most uncomfortable procedure for this pup has been the extraction of a stool sample from her rectum – unpleasant, but the best way to assess the extent to which she’s infected with a deadly hookworm killing many of these pups. And, despite the wealth of other information this project is yielding about this endangered sea lion, this barely visible hookworm is the fundamental reason everyone is here. 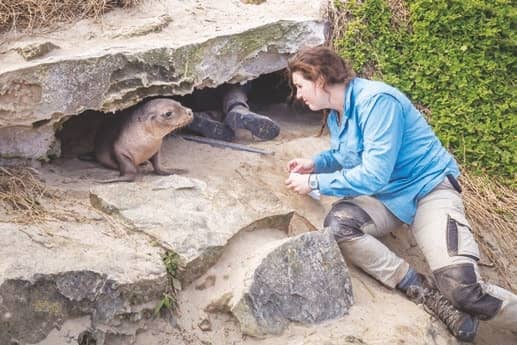