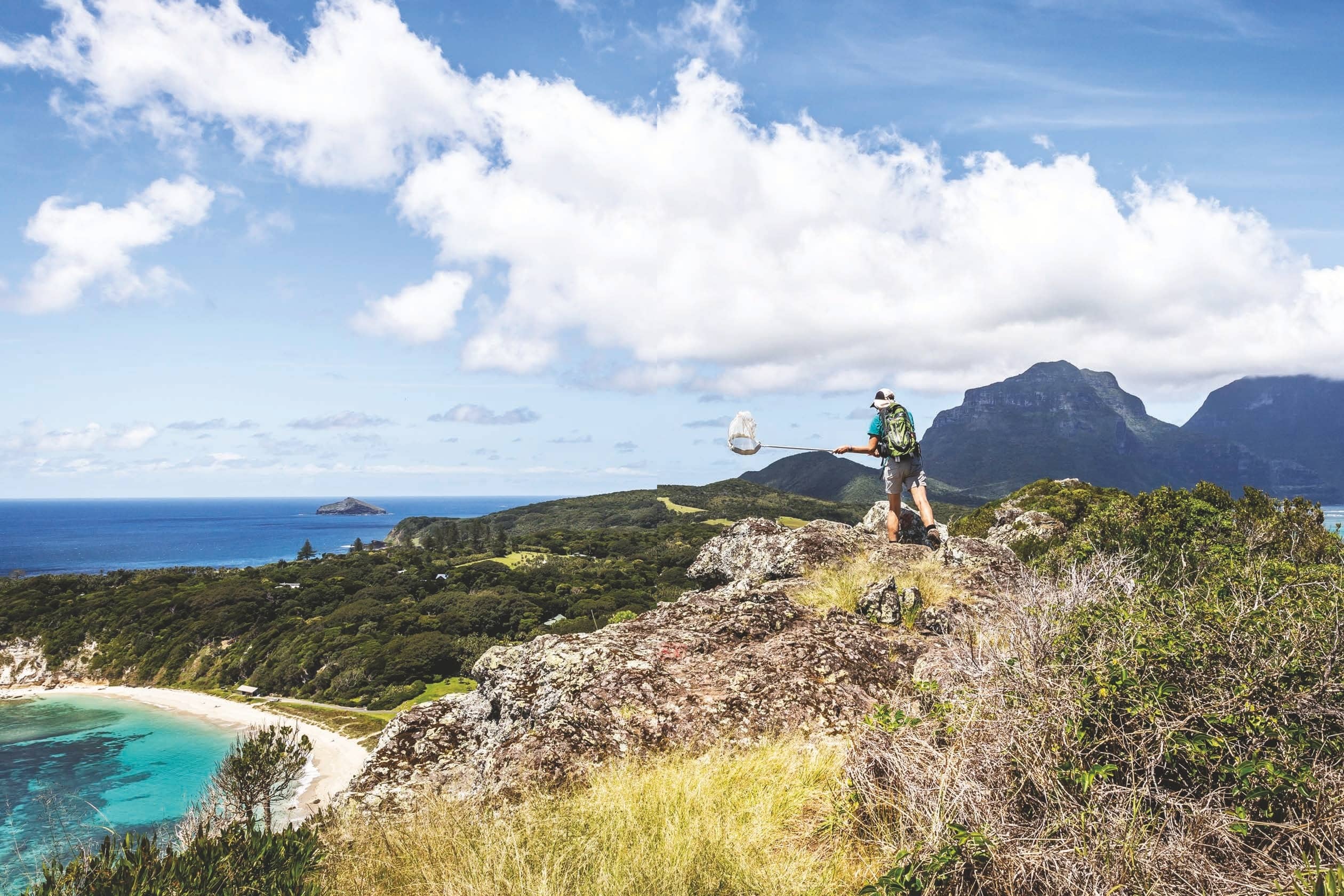 Wcollecting wasps, millipedes and soldier flies. But our group of keen citizen scientists on last year’s scientific expedition to Lord Howe Island turned out to also be good at collecting spiders and crustaceans.

Our scientific mentors – Drs Juanita Rodriguez and Bryan ‘The Fly Guy’ Lessard, both entomologists from the Australian National Insect Collection, a Canberra-based CSIRO facility – were nevertheless endlessly good-natured about the array of minibeasts with which we enthusiastically filled our sample tubes.

It wasn’t just small, industrious spiders or tiny freshwater prawns that split our focus. As well as collecting samples during the week-long expedition, we also counted anemonefish and sooty terns; hiked through kentia forest; swam in turquoise waters; looked for turtles at Old Settlement Beach; ate three-course meals of fresh seafood and home-grown produce; and enjoyed drinks at sundown on the lagoon as mutton birds clumsily landed before ducking into their underground nests.

Lord Howe is described by visitors with all kinds of paradise-related terminology, and rightly so. But what also struck me was the sheer abundance on the island – of birds, fish and turtles, of palms and ferns, of beaches, walks and food…an abundance of delight.

OUR GROUP OF 13 volunteers was led by the CSIRO entomologists and Luke Hansen, an ecologist who, with his wife, Dani, a sixth-generation Lord Howe Islander, runs the island’s eco-resort Pinetrees Lodge. Early on our first full day, Pinetrees staff dropped us off at Lord Howe’s southern end to scramble up a lush gully at Mt Lidgbird’s base. Here, equipped with butterfly nets and ethanol-filled sample tubes, we worked on setting up malaise and pan traps for collecting later in the week. The former are large mesh tent-like ethanol traps placed where insects are likely to fly through. Pan traps are small cups with soapy water, placed at intervals in key areas.

We also began collecting insects and other minibeasts from the creek, trees, rocks and dirt around us, all proudly filling up and comparing our sample tubes with one another.