Birds Struggling To Be Heard 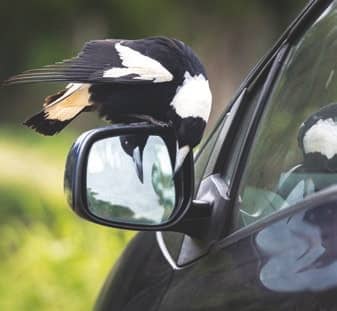 Noise pollution in urban environments is drowning out birdsong, making it ever harder for birds to communicate.

Birdsong isn’t just beautiful to the human ear. Often complex and melodic, it’s a vital tool used by species such as European robins, Australian magpies and silvereyes to communicate with one another, aiding reproduction and survival. Birds with powerful, vibrant songs are more likely to attract mates and protect territories from intruders.

We already knew conventional pollution, such as plastics and chemicals, poses a problem to urban wildlife, but it turns out that – for birds at least – noise pollution is also insidious. Several studies have explored this problem, with some even suggesting noise pollution, from sources such as traffic and industry, could be contributing to declining bird populations.

One new study, from Queens University Belfast in the UK, found that the behaviour of European robins changed when they were subjected to human-made background noises. Male robins sing to compete with one another for territory and nesting space, using complex compositions to advertise aggressiveness and fighting ability. Combatants then make decisions about conceding or defending positions based on opponents’ songs.