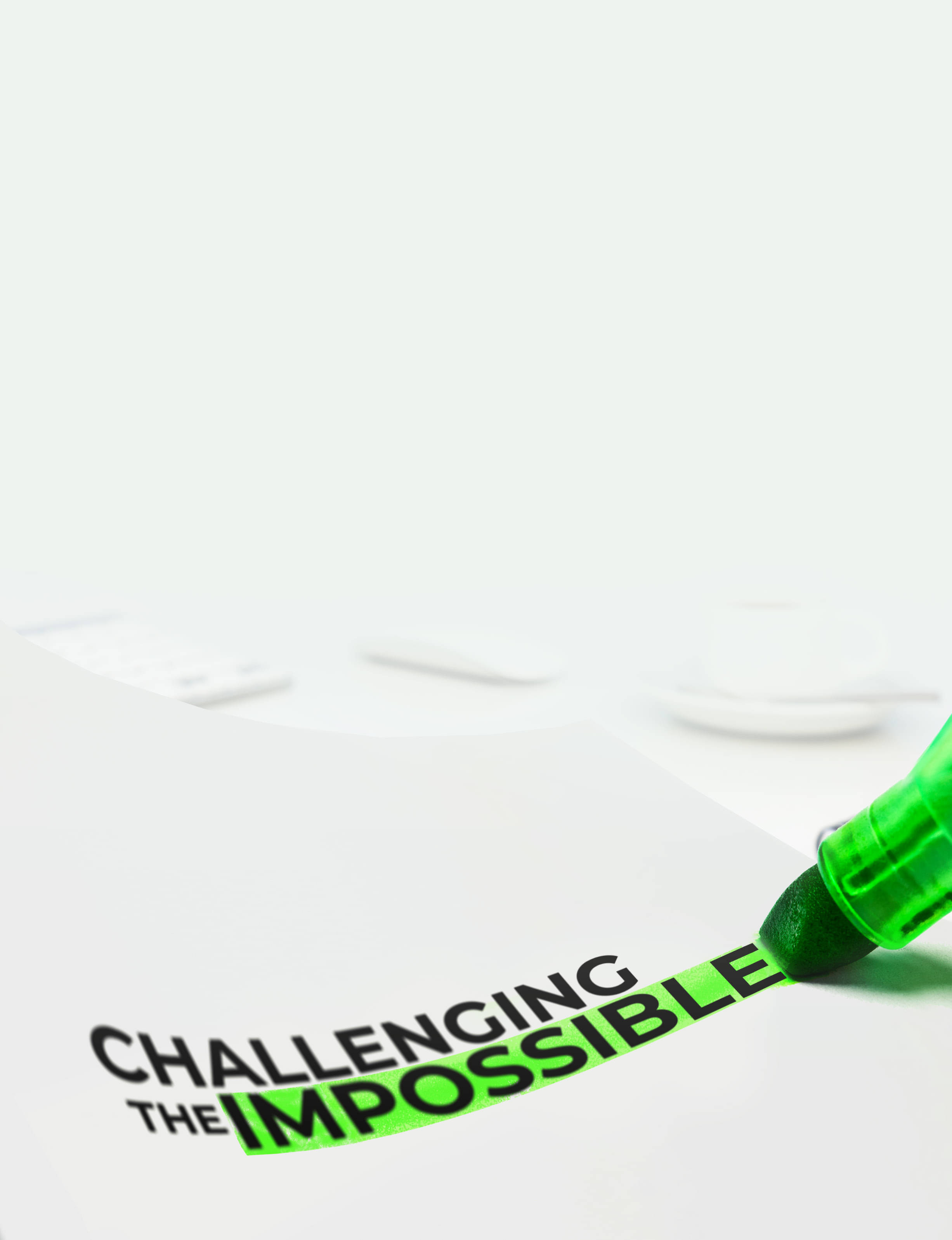 Have you ever experienced a challenge so overwhelming that forward movement seemed impossible?

Perhaps all of us have experienced such a force. Many of our global missionaries and national leaders also contend with seemingly impossible challenges. Sometimes we make a move of confident faith to discover seemingly insurmountable obstacles before us. We experience fears and doubts of which others are not aware. We find ourselves fearful about the future. We war with self-value, the right decisions, success in our job, providing for our family, etc.

Then there is the earthshaking warfare that drives us to examine what we truly believe about God: the bouts with incurable illness, the heartbreak and failure of our children, and natural disasters that bring total devastation. Are we alone in the warfare of life or is there a God who is in control of our life and the lives around us in the world? We really only need to experience real fear once to know that it matters whether or not there is a divine power outside of ourselves who can overcome any threat in our lives. God is never irrelevant.

I have always enjoyed lessons learned from the Scripture passage in 1 Samuel chapter 17. It is one of the great narratives from the Old Testament. Most of us know the background concerning the warfare between the Israelites and the Philistines. It was a long history of conflict—back and forth over land, power, and resources. God had given the land to the people of Joseph when they left Egypt in search of the Promised Land. He had gone before them and driven out the great and strong nations before his people (Joshua 23:9). And now, many generations later, the Israelites had failed to obey the Lord’s directives completely and were still laboring to achieve that which had been supplied for them in the battle of Jericho.

The scene positions the two armies in the Valley of Elah on opposing hills with the valley between them. The two main characters of the narrative include a Philistine warrior named Goliath and an Israeli young shepherd named David. Goliath, the champion among the Philistines, had risen to challenge a champion from the army of Israel to fight him to determine which peoples would serve the other in this standoff. He was a giant of a man in excess of nine feet and was covered in bronze armor with a bronze javelin, a spear, and a shield. Every day for 40 days, twice a day, he had barraged the army of Israel with accusations and ridicule.

Amid this standoff, David was sent from his father, Jesse, to take supplies to the front lines of battle and check on the welfare of his three oldest siblings. David arrived about the time of day the army of Israel was assuming their battle position and in time for Goliath’s challenge. David heard the challenge and witnessed the Israelites response of retreat in great fear. After being advised to the rewards offered by King Saul to the warrior who would face the giant, and being accused by his oldest brother, David is taken to the king and volunteers to fight Goliath.

David’s encounter with King Saul is essential to challenging the impossible. Saul belittles David in comparing his limitations to the seeming overwhelming attributes of the Philistine warrior. Even as David recounts the supernatural means in which God has used him, Saul doubts his ability to overcome. In the absence of other willing warriors, Saul permits David to face the giant, offers a blessing for the Lord’s presence, and calls for him to be wardrobed in his own armor.

David had to appreciate the craftsmanship of the armor. It was certainly the most superior armor available, as it had been crafted to protect the king. It was probably the best the world could offer to him. But David realized that he could not be defined by Saul or by the things of Saul. He did not belong to Saul; he belonged to God. He could only trust in and be defined by the Lord.