A Journey from a Campaign to a Revolution!
Swami Ekagamyananda

Five years ago the Government of India requested Ramakrishna Mission to actively participate in the Swachh Bharath Abhiyan. The call was to conduct cleanliness campaigns every week for five years from 2 Oct 2014. The goal was to achieve a clean India as a tribute to Mahatma Gandhi on his 150th birth anniversary in 2019. Ramakrishna Math and Mission, Mangaluru answered this call in a manner that transformed the campaign into a revolution! The story of this adventure is presented here in the words of Swami Ekagamyananda who led the movement.

Towards the end of September 2014, our headquarters at Belur Math instructed us to take up the Swachh Bharath Abhiyan and inspire our devotees and the people of Mangaluru to participate in the cleanliness drive. Initially, I was not enthusiastic about getting involved in this Abhiyan. I saw it as a Central Government project and also thought that given the huge fan following of the Prime Minister our service would not be required for the success of the campaign. Furthermore, I felt that our time and energy could be better utilized in more essential fields of service. 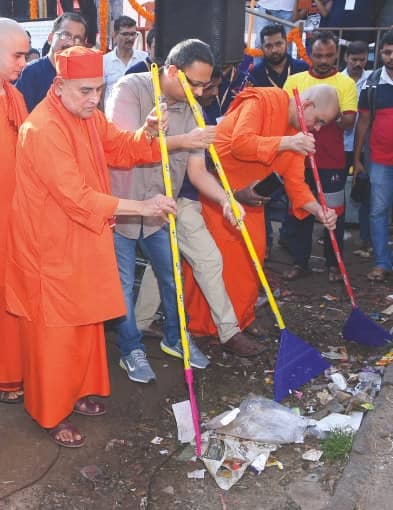 Ramakrishna Mission has always worked in areas that are usually neglected by others. We step in only when a real need is perceived and then tirelessly work for its fulfillment. Here we can refer to two such projects successfully undertaken by the Mangaluru ashrama. One is the Balakashram, a hostel run in the Math premises for meritorious high school boys hailing from poor families in and around the Malnad region of Karnataka. Malnad which is situated on the slopes of the Western Ghats is a tough terrain of hills, rivers, streams, and waterfalls and the interior villages do not have high schools within walking distance. Most of the students, even meritorious ones, drop out of school after primary education. Selected students from this category are admitted to our Balakashram. 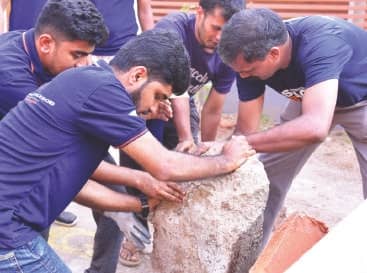 The second project was born of a survey conducted in the local area. When we visited the local schools we came to know the plight of students coming from the lowest economic rung of the society—children of laborers and slum dwellers. They came to school hungry, ill-clad and dirty and they were also poor in studies because there was no one to guide them. To serve these unfortunate children, we started in our Math the ‘Vivekananda Coaching Center’. Every evening nearly 150 students from class 4 to 10, receive tuition classes for two hours. After the class, they are given nutritious food and milk. Every year they are given a uniform, books, school bags, and umbrellas. Routine health checkups are conducted. They are provided with soap, toothbrushes, toothpaste, hair oil, etc., and encouraged to be clean and tidy. Also every Sunday they received cultural and spiritual training. All these services are provided free of cost. 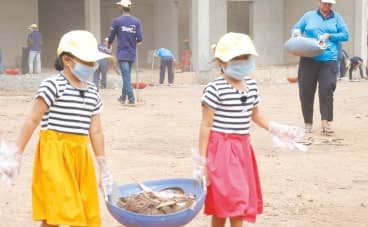 Swachh Bharath Abhiyan began on a grand scale at Rajghat, New Delhi on 2 Oct 2014 with the slogan ‘One step towards cleanliness’. The Prime Minister Sri Narendra Modi had earnestly requested our countrymen and women to dedicate at least 2 hours per week— around 100 hours in a year—for this Abhiyan. I imagined that millions of government officials and enthusiastic students would participate and this Abhiyan would be a giant leap in the progress of our country. But I was wrong! By the end of the month, everything was back to square one. At many places, the Abhiyan was limited only to the exhibition of banners. A few people took brooms in their hands and posed for photos and publicity and people continued dumping garbage on roadsides! 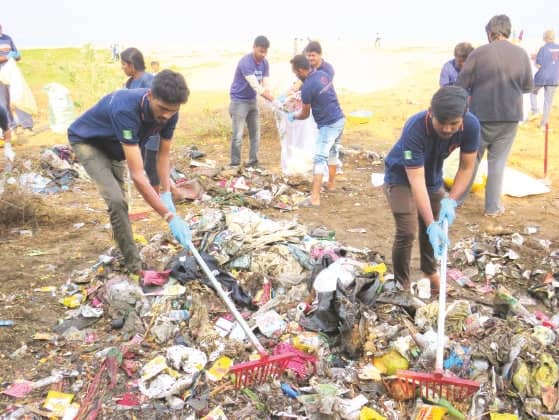 This prompted us to earnestly take up this project in Mangaluru and strive to create a role model Swachh Bharath Abhiyan. We worked hard for two months and prepared a plan to make this campaign a success. The major task was to present to the Mangloreans the concept of a Clean India. The first step we decided would be to clean the city and remove the garbage heaped in almost every street corner. For this, we needed a workforce of dedicated volunteers. We contacted devotees, schools and colleges and the general public of Mangaluru. Wherever I went, I was welcomed with the words, ‘No Swamiji, it will not work. It is an impossible task.’ They said such a campaign would never succeed in Mangaluru because most of the people here work in schools, colleges, and offices. And who would volunteer to pick stinking garbage from the roadside! ‘Nobody will come for shramadan at 7 AM on Sunday mornings’ they discouraged me.

But I didn’t lose hope. ‘Come what may, we will take up the project at least for a year as an experiment, if nobody comes I will sweep the roads alone’, was my thought. We launched the ‘Swachh Mangaluru for Swachh Bharath’ Abhiyan on 30 January 2015, which is the Martyr’s Day. Our program began with a rally of 2000 students, an oath-taking ceremony and honoring of 100 Pour karmas or Corporation workers. 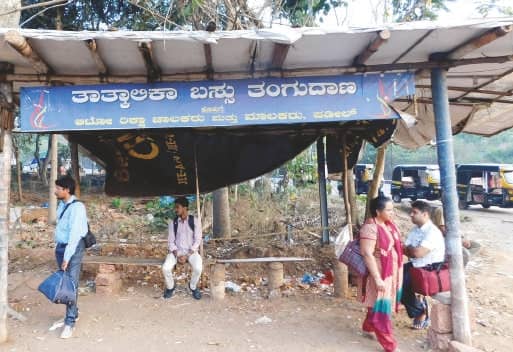