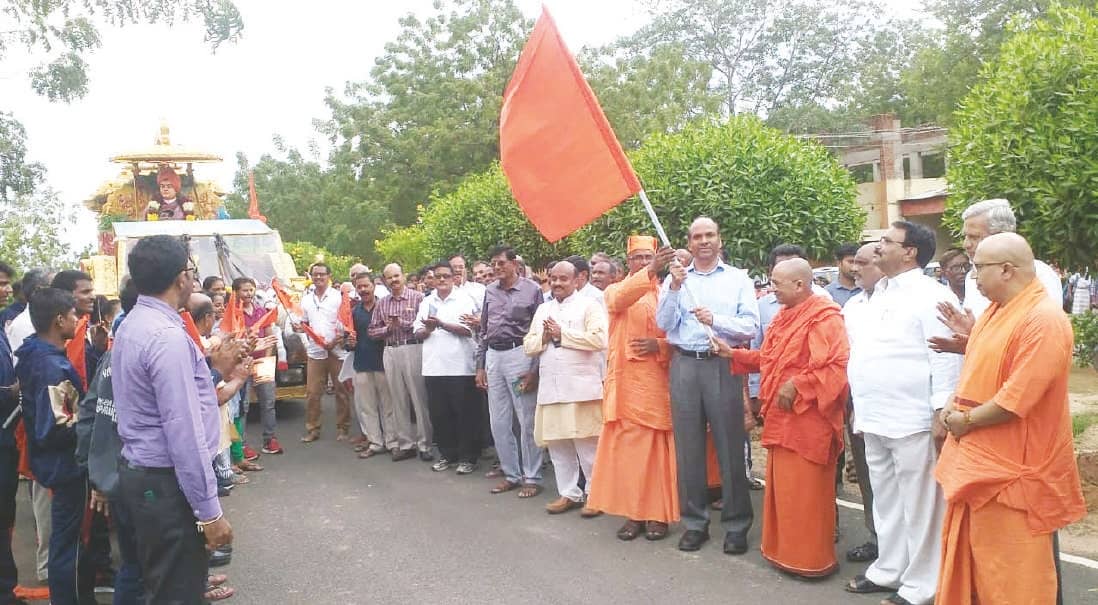 For the last 12 months, the branch centers of the Ramakrishna Order the world over celebrated the 125th Anniversary of Swami Vivekananda’s historic Addresses at the World’s Parliament of Religions in Chicago, USA.

These celebrations strongly reawakened across India and in many other countries the memory of Swami Vivekananda’s historic addresses. Lakhs of students and the general public were introduced to Swamiji’s Chicago lectures and through them to a deeper understanding of the fundamental tenets of Hinduism.

We have every month given brief reports of these events. This Special Report sums up some of the main activities and the concluding programs of the celebration. The number of participants in each program is given in brackets.

Programmes by the Head Quarters

The year-long celebration which was formally inaugurated at Belur Math, the Head Quarters of the Order on 11 Sept 2018 had a grand finale with various programs organized by the Head Quarters and the branch centers. The Inaugural Meeting of the Concluding Programme at Belur Math, presided by Srimat Swami Shivamayananda Ji, one of the Vice-Presidents of the Order was held on 11 Sept 2019 (3500 devotees). Swami Sivananda Ji, the General Secretary of the Order welcomed the gathering, Hon’ble Justice Pinaki Chandra Ghose, Chairperson, Lokpal delivered the Chief-Guest address and Srimat Swami Smaranananda Ji Maharaj, the President of the Order, gave his benediction.