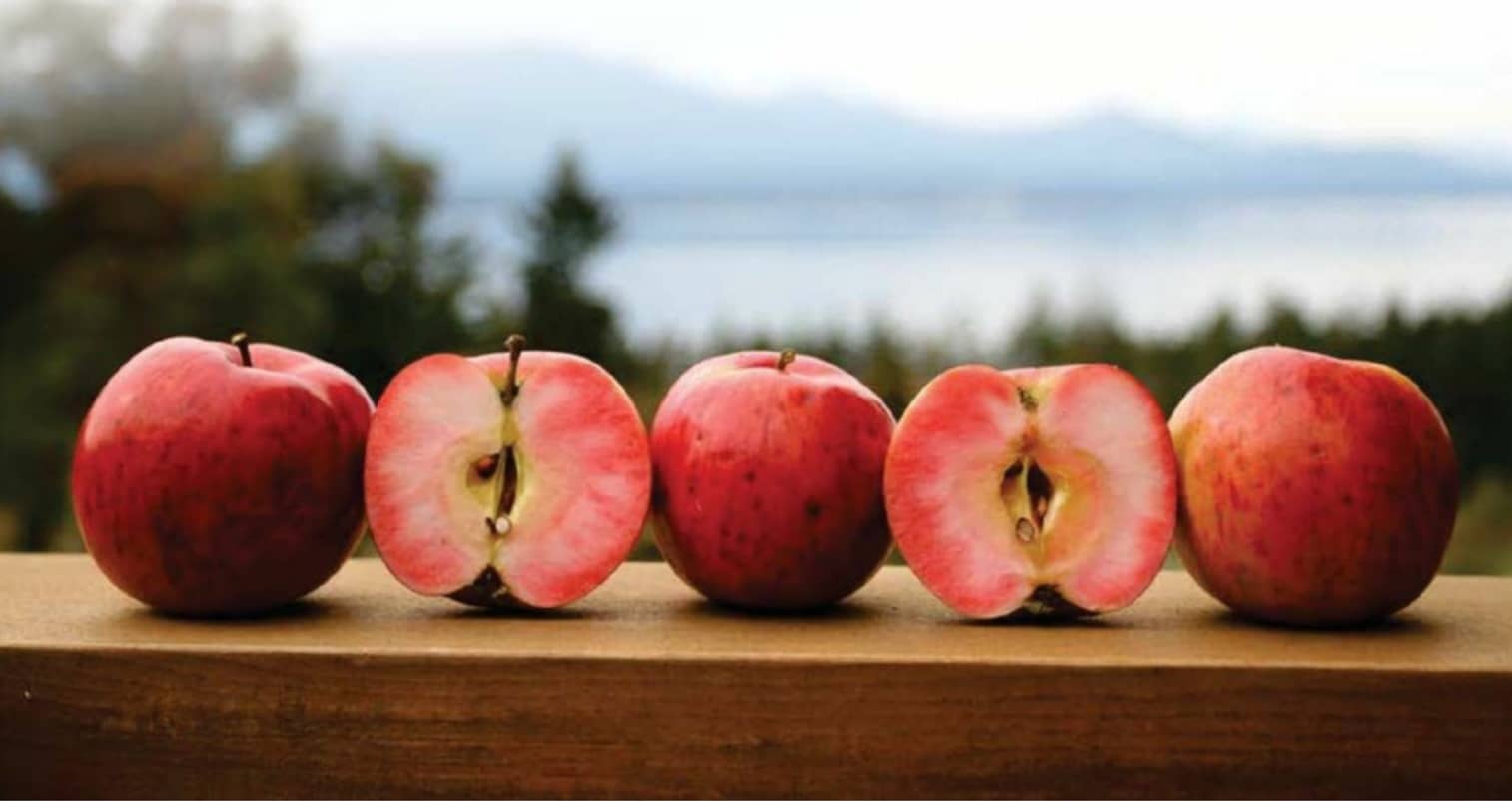 LAVONNE LEONG bites into the apples of the future.

THEY SAY YOU REMEMBER the things that surprise you. If you’ve ever bitten into a red-fleshed apple, you’ll probably recall the moment. Here’s mine: In my first year in college I walked into in an apple orchard in upstate New York on a brilliant blue fall day, plucked a pale green fruit off the tree at the urging of the farmer, and bit into it.

It was delicious, as only a fresh apple can be, tart, tasty, and complex. But what really caught my attention was the color inside: The apple flesh was fuschia all the way through.

Surprise is also what I feel, years later, at Apple Luscious Organic Orchard in Salt Spring Island, British Columbia, where orchardist Harry Burton grows about 25 varieties of red-fleshed apples. It’s the middle of winter when I visit, but in a few short weeks the orchard will be a riot of blooms.

Apple blossoms, Burton tells me, are usually blazing white without a hint of any other color—but you can tell a red-fleshed apple tree by its pink blossoms. There’s sometimes another way to tell, too: Burton slices a twig from a Pendragon apple sapling diagonally with a penknife, and the pale wood, too, is streaked with hot pink.

Apples with pink or red flesh share an ancestor in Malus niedzwetskyana, a naturally pink-fleshed apple that grows wild in the forests of the Tien Shan mountains between Kazakhstan and western China. The fruit was carried along the Silk Road to Turkey, then made its way to Europe. In the early 1800s, a red-fleshed cultivar known as Surprise reached England. It had made the voyage to the Eastern United States by the early 1840s. 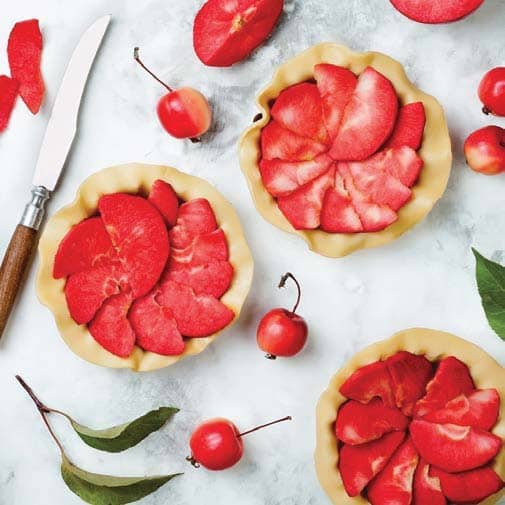 But growing conditions on the Eastern Seaboard weren’t quite right, and the resulting apple wasn’t highly rated. The Surprise apple lay mostly forgotten until a self-taught horticulturist named Albert Etter planted it in his orchards in Northern California in the 1920s. The trees grew prolifically. Etter created dozens of new, delicious red-fleshed apple breeds. Although only one variety, Pink Pearl, was commercially successful in Etter’s lifetime, he had huge faith in his pink-fleshed apples, says Burton: “He said that one day these apples would be on the tables of the finest restaurants in San Francisco.”