I recently had an interaction with children and parents about how to introduce our children to God. It was very nice to see these eager little children wanting to know more about the divine. Their questions were so thoughtful. While I thoroughly enjoyed the conversations with them, I also remembered a rich heritage of our saints.

Sant Jnaneshwar was one of the prominent saints of the 12th century bhakti movement whose depth of wisdom shone like the Sun even as a child. Young Jnana Dev and his three siblings lived in the quaint village of Alandi in Maharashtra. His father Vittal, took sanyas during a pilgrimage to Kashi and was sent back to lead the life of a householder by his Guru, when he perceived that Jnana Dev was to be born.

However, according to the laws in those days, he was ex-communicated because he returned to being a householder. Vittal and his wife Rukmini were a very pious couple and brought up the children in the forests. They rejoiced seeing the wisdom and maturity in their children. It was very clear even at that age that they were very refined souls.

At the right time, Vittal approached the village Brahmins to request them to permit Jnana Dev to undergo the sacred thread ceremony, so that he could also learn the Vedas. The brahmins only ridiculed him and bluntly refused. Vittal pleaded with them that it would be unfair to such a brilliant child to be denied the knowledge of the Vedas. At that moment, a herdsman walked past trying to pull along his buffalo named Jnana. The Brahmins used the opportunity to further insult Vittal and said, “Prove that your Jnana is any different from this buffalo!”

At this moment, a young child’s clear voice said, “Oh revered ones, there is indeed no difference. We are all made up of the same divinity which permeates every cell of this creation!” 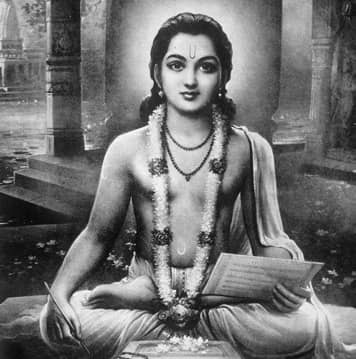