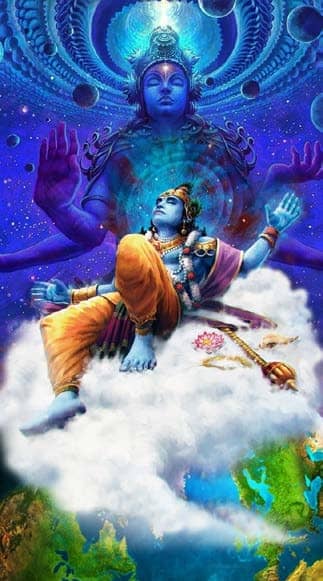 Lord Krishna is said to be the greatest teacher of all times. Every moment of Krishna’s life, right from his birth to the helm of ascending to his divine abode is filled with mystery, wonder, joy and a plethora of learnings, indicating a perfect balance between the visible material world and the invisible spiritual realm. He is a wonderful teacher and a spiritual inspiration, His personality so Unique and difficult to fathom.

On the one hand, he is Yogeshwara (the Lord of Yogas), while on the other, he is called chit chor; His behaviour encompasses both extremes, yet he remains a perfect balance of the extremes.

He says, “People think of me as a physical embodiment. I am not the body; I am the consciousness, which is present all over and in everything.”

The profoundest of his teachings is the Bhagavad Gita; the Song of the Divine, that reveals the greatest philosophy of life to reach the Highest Truth, a message so timeless and universal in its appeal and relevance, brought out not when everything was ok, but when amidst the war field, when there was lot of chaos.

THE SONG OF THE DIVINE