ANNAPOORNA FROM ‘FULLNESS TO FULLNESS' 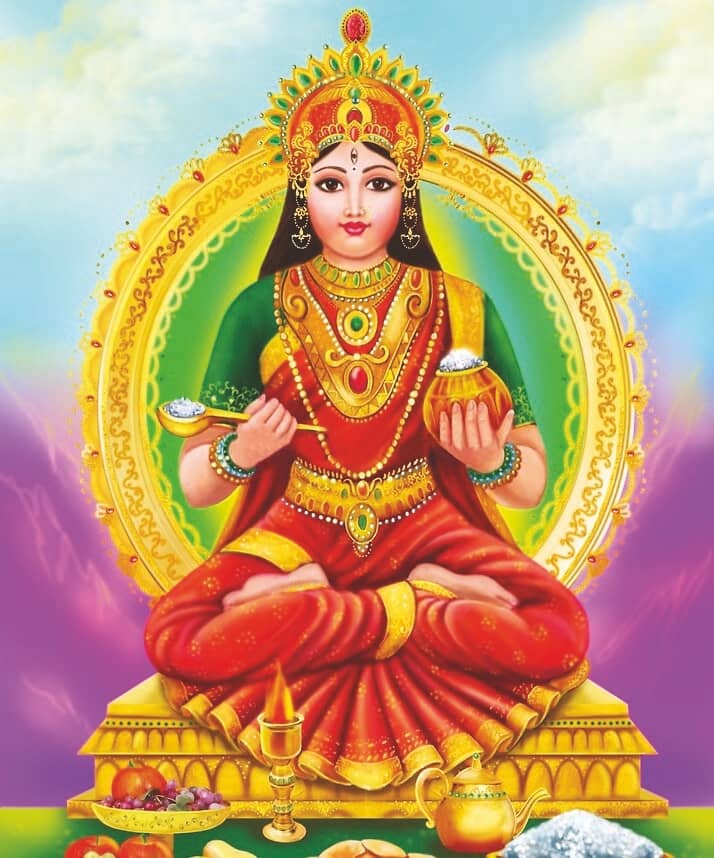 Anna refers to ‘food’, Poorna is ‘fullness’. When you eat food, you can immediately experience contentment and fullness at the gross level. Similarly, ‘anna daana’, (offering of food), brings contentment in the person who receives the offering. Whenever you taste this contentment, it takes you to a Higher State of Consciousness.

Once in Mount Kailash, Parvati invited Shiva to play a game of dice with her. Like a father appeasing his child, Shiva smiled and agreed. Parvati laid down the rules of the game and opted to gamble. She laid out her jewels first and Shiva his trident. Shiva lost. The Lord then betted on his snake. He lost again. He then continued betting on Ganga, His ashes, Rudraksha mala… but kept losing. After a few rounds, he did not have anything else to offer. Then, the game ended, and completely unperturbed, Shiva retired to His Samadhi.

Lord Vishnu, who was watching the game, approached Shiva and said, “Ask Parvati to play with you again.” This time I will be with you. Let us see what happens!’ Shiva smiled and accepted. Parvati, a little surprised by Shiva’s interest in the game, sat down to play. This time she lost every game. She felt sure that Shiva was cheating and told him so. At this moment Vishnu appeared and told her that it was His energy that had influenced the dice and Shiva was as innocent as ever. So, while Shiva won, Parvati, on the other hand, never really lost!

Our lives are also like this game of dice. Parvati is the Maya Shakti and Shiva represents the innocent, blissful consciousness. Most people, even if they get a glimpse of something higher, get caught up in the daily routines of life. With storms of emotions raging within, Maya Shakti often emerges as the winner.