The Lady With The Lamp 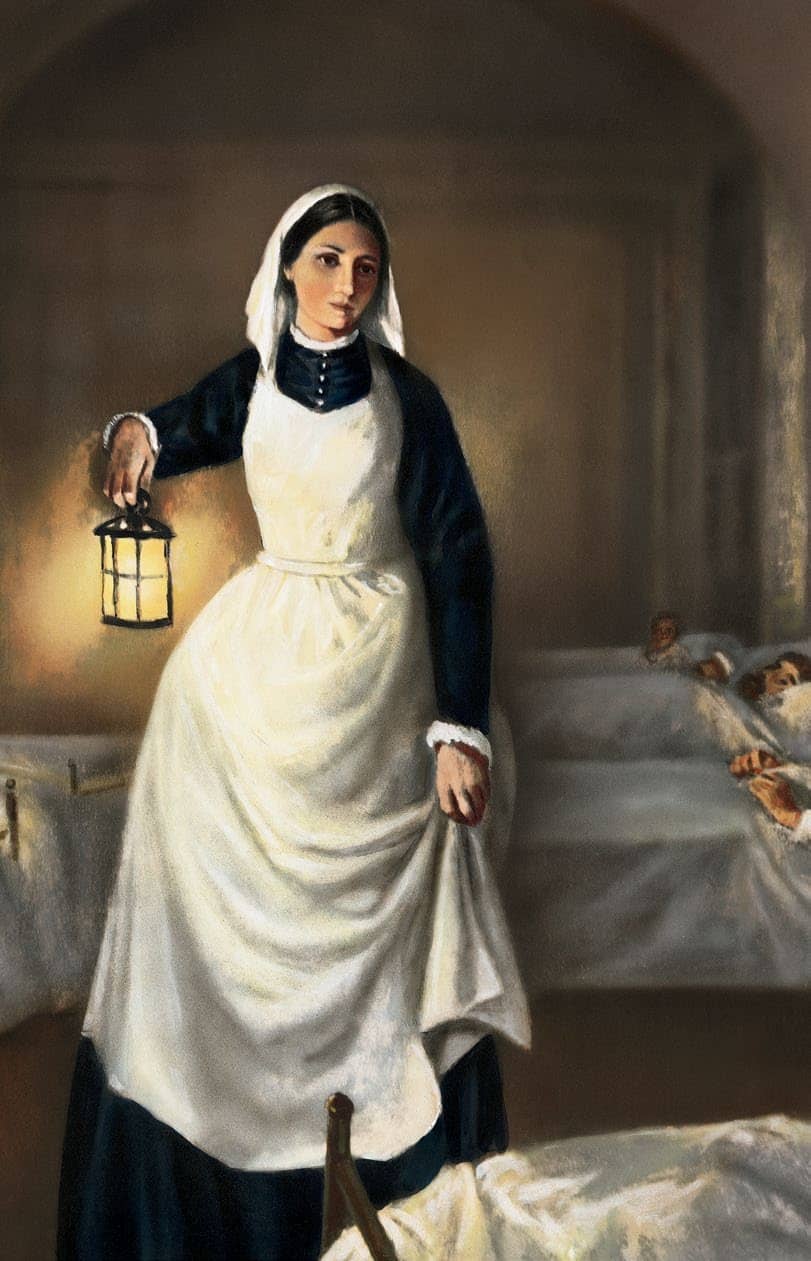 How many historic figures made positive impacts because they answered God’s call? Perhaps a call they’d heard during a mysterious experience such as having a vision or dream or hearing a voice?

We might never know for sure. But Florence Nightingale (1820–1910), also known as the mother of modern nursing, was definitely one of them. Her revolutionary practices saved countless lives and paved the way for other women to pursue medicine.

And it might not have happened had Florence not heeded God’s call.

Florence came from a well-off English family, with a learned dilettante of a father and a socially ambitious mother. No one had to work for a living. They were free to read, to ride, to entertain and to travel.

From the start, Florence’s native intelligence shone. She read voraciously, learned several foreign languages and had a good head for numbers, noting as early as age seven what dose of a certain popular medicine people should take: “16 grains for an old woman, 11 for a young woman and 7 for a child.”

Florence was an empathetic care taker from a young age, nursing the ill back to health, beginning with four-legged creatures. When a nest of newborn mice was discovered in a mattress, 12-year-old Florence came to the rescue, feeding them with drops of milk and keeping them warm by the fire. Florence sprang into action once again when a sheepdog named Cap was attacked by ruffians and injured so badly it couldn’t put weight on its leg. Had Florence not offered to heal the dog’s injury with a warm compress and a bandage, the dog’s owner, a shepherd, would have had no choice but to put down the poor animal—it would’ve been a drain on his meager income. Even back then, she boiled the water before using it to soak the bandage, ridding it of germs—decades before anyone knew what germs were or how they spread. Was it a penchant for cleanliness or a mystical prescience? However you look at it, Florence Nightingale was ahead of her time.