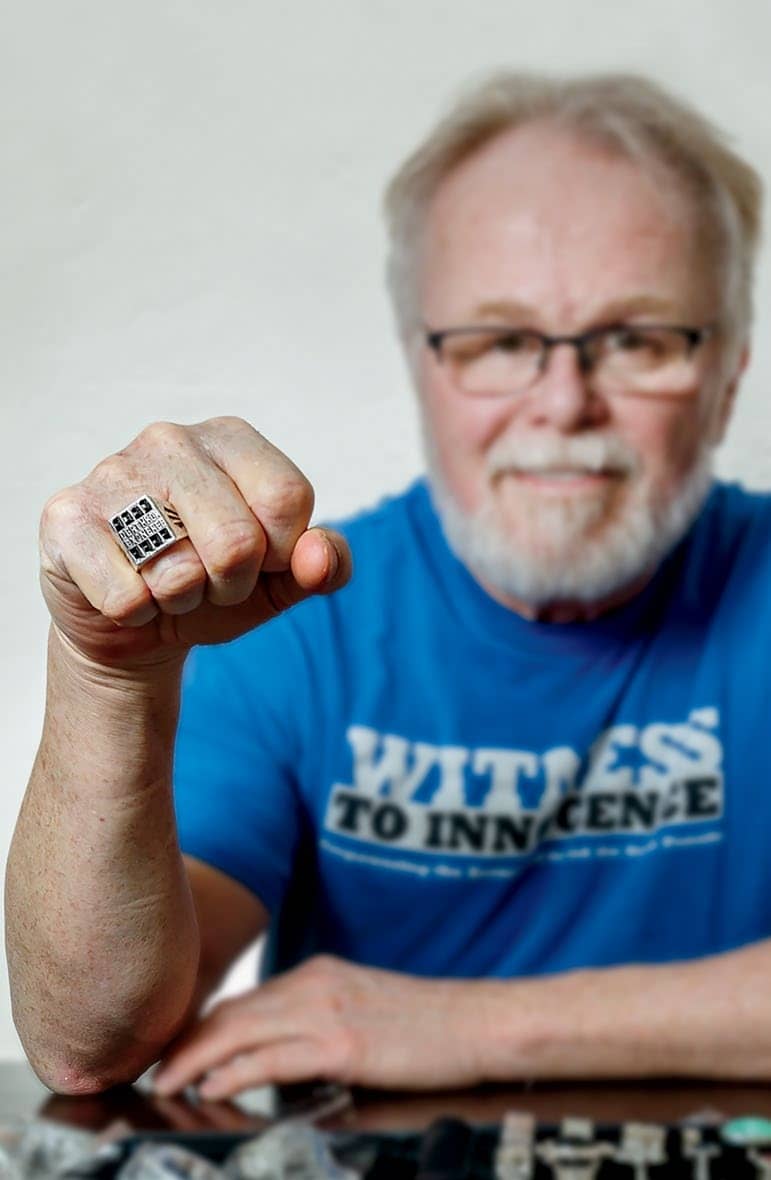 The night I had the dream began like most nights—with me lying awake on my prison cot, each excruciating detail of my arrest and sentencing running through my head. It had been years since I’d been convicted for a crime I did not commit, but the entire ordeal was still fresh in my mind. As soon as I lay down in my cell to try to sleep, the replay would begin. This particular night started out no differently….

August 1984. It happened so early that the sun hadn’t yet risen. Violent pounding on the front door woke me. I stumbled toward it, half-awake. I opened the door, instantly blinded by flashlight beams. “Step outside, Mr. Bloodsworth!” someone shouted. What on earth? My eyes ached as they adjusted to the light. I was surrounded by a group of police officers with guns drawn and pointed at me. “You’re under arrest for the murder of Dawn Hamilton.”

A nine-year-old girl’s brutalized body had been found in the woods behind a mall. Authorities received an anonymous phone call from someone who said I matched the police sketch of the man spotted near the scene of the crime.

I looked nothing like this sketch. The suspect was described as more than six-foot-five, skinny, with curly blond hair and a bushy mustache. I was a six-foot, 200-pound, clean-shaven former Marine who had bright red hair and no prior arrests. But those things didn’t seem to matter. Neither did the fact that no physical evidence linked me to the crime scene. In court, five people testified that it was me that they’d seen. They were sure I had murdered that poor little girl.

When the judge read the verdict in March 1985 and the handcuffs snapped closed around my wrists, I was in shock. The word guilty was like a punch to the gut. At 24 years old, I had been sentenced to death. What made it all worse was that I knew it wasn’t just me who’d been wronged. Dawn Hamilton’s family members hadn’t gotten the justice they deserved. The real perpetrator was out there somewhere and could still hurt others. It made me sick. None of it felt real. This was a mistake, and someone would realize it—wouldn’t they? But weeks turned into months, and months into years, and no one had….

These were the kinds of thoughts that visited me in prison every night, making it hard for me to sleep. I tossed and turned in my bunk. I don’t know when I fell asleep, but suddenly I was dreaming.