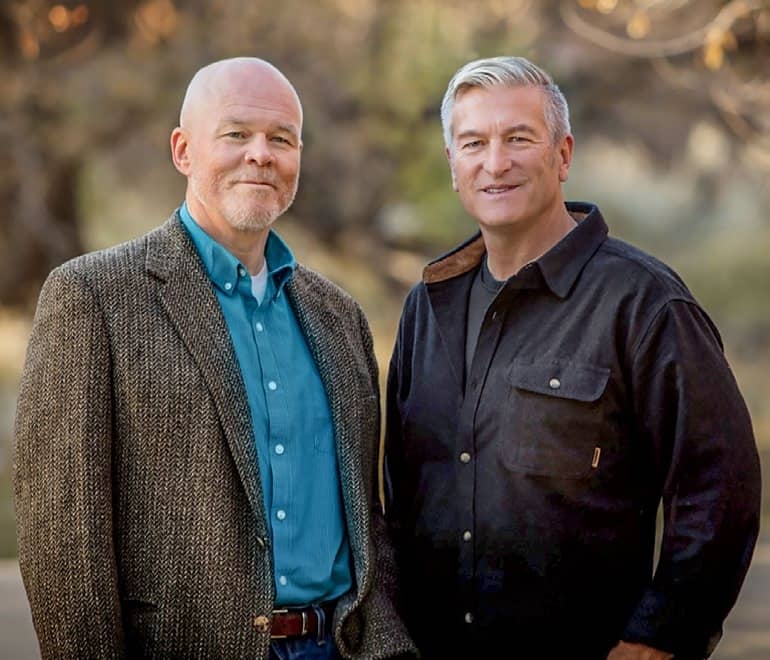 JEFF OLSEN: The accident happened while we were driving back to our home in Bountiful, Utah, from a visit to relatives in the southern part of the state. My wife, Tamara, was asleep beside me. Our seven-year-old son, Spencer, was in the back seat, playing with his toys. Our toddler, Griffin, slept in his car seat. The road stretched out ahead, and my eyes grew heavy. It felt as if I’d blinked for just a second.

That was all it took. I lost control. The car rolled, windows exploding, gravel flying, as we spun over and over until I lost consciousness. I woke only for a second after we stopped. I felt horrible pain and heard Spencer crying in the backseat. Everything went black again. I was terrified. Where is my family? Are they safe?

Then, suddenly, I was calm. The pain was gone. I looked around. I was floating above our car accident. Before I could react, I felt a presence near me. It was Tamara. We were encircled in a bubble of light that was emanating complete peace. I knew then she was gone, but it was as if my grief were suspended. All I could feel was serenity. I wondered if we were on our way to heaven.

Tamara looked at me, her face serious. “Jeff, you cannot be here,” she said. “You have to go back.” How could I? She was here. Then I remembered Spencer’s cries. He was still alive. He needed me. I knew I had to make a choice. I pulled Tamara close to me. “Goodbye,” I said. I let go. Then I felt myself drifting away from Tamara and the comforting light….

DR. JEFF O’DRISCOLL: I’d just finished my rounds in the emergency room when I heard about a patient being brought in. Car accident. The older son had minor injuries. The father had serious injuries and needed surgery. The mother and toddler hadn’t made it. That’s when Rachel, an ER nurse, grabbed my arm.

I knew exactly what she meant. Rachel and I had discovered that we had something in common. After we’d known each other for a couple months, Rachel confided that sometimes she saw or heard things she couldn’t explain. Things that didn’t make any logical sense, that showed a divine hand at work—and I revealed that I did too.

I was used to keeping these experiences to myself, out of concern that my colleagues might question my credibility. But Rachel was a confidante with whom I could discuss some of the miracles we witnessed.

For me, these encounters began long before I became a medical professional. The first time it happened, I was 16. I was a rebellious kid. I was out with a few friends one night, driving too fast down narrow country roads. As we approached a sharp turn, I heard a clear voice in my head. “You need to slow down.” I braked just as another car came around the bend. We collided, but because I’d slowed down, no one was injured. Afterward I knew whose voice I’d heard. The one person I would listen to—my older brother. Stan had died five years before in a farming accident, but I’d recognize his voice anywhere.

Since then, I’d had more of these experiences. They’d helped me as an ER doctor a few times. Like the time a man came in from a motorcycle accident with minor injuries. We were about to release him, but something told me he needed a CT scan. There was no medical explanation for it, but the feeling was so strong that I finally ordered one. The scan showed bleeding in his brain. My mysterious hunch—or something more—likely saved his life.

I’d gotten used to these moments and when I needed to listen to them. The man in the car accident wasn’t my patient. Other doctors were already working on him. But I knew when Rachel came to get me that I should go.