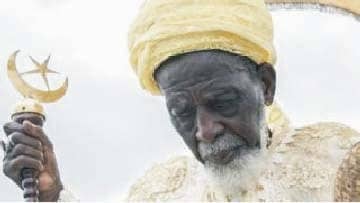 Pictures of Sheikh Osman Sharubutu, sitting attentively in the pews of Accra's Christ the King Catholic Church, went viral on social media some months ago. The grand mufti, leader of the Muslim community in Ghana, in West Africa, wants to ensure that his legacy is peace the fruit of inter-faith harmony. Those on social media championing the imam's approach described him as a light shining in the darkness. Some critics condemned his actions as an abomination, but Sheikh Sharubutu insisted he was not worshipping but moving the relationship between Muslims and Christians from mere tolerance to engagement. "The chief imam is changing the narrative about Islam from a religion of wickedness, a religion of conflict, a religion of hate for others, to a religion whose mission is rooted in the virtues of love, peace and forgiveness," his spokesperson Aremeyao Shaibu told the BBC.