An Islamic Response To The Ecological Challenge 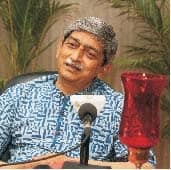 All the creations of God are a Divine work of art. They are all signs of God, indicative of the greatness, goodness, subtlety and wisdom of the Creator.

The gifts of Nature that come from God are in plenty. As the Quran(16:18) says: “If you try to count God's blessings, you would never be able to number them. God is ever forgiving and most merciful.” The bounties of Nature need to be used judiciously. Extravagant and mindless use of these bounties has resulted in the environmental crisis that we are beset with today. Lavish lifestyles, unjust consumption, waste, and extravagance are not compatible with true religiousness. Thus, the Quran says: “O Children of Adam, dress yourself properly whenever you are at worship: and eat and drink but do not be wasteful: God does not like wasteful people.” (7:31).

Extravagant lifestyles, based on untrammelled greed, wasteful production and heedless consumption, are at the root of the current global ecological crisis. Islam links israf or extravagance to fasaad (chaos, disorder, imbalance and mischief in society) and forbids it. It declares that the extravagant are corrupters of society and spoilers of social order and harmony. It forbids people from following such people or systems. Thus, it says, “…do not obey the bidding of those who are given to excesses, those who spread corruption in the land instead of putting things right” (26:151-52).

The bounties that God blessed this planet with have an inherent balance. Even a slight change can upset the balance. We know, for instance, how even a small increase in the level of carbon dioxide can lead to climate change. Whenever the balance in the elements occurs, there is fasaad pollution, chaos or disorder. Human beings ' extravagant misuse of Nature's resources, fuelled by greed, has resulted in widespread fasaad, manifested in the ecological crisis that we are faced with.