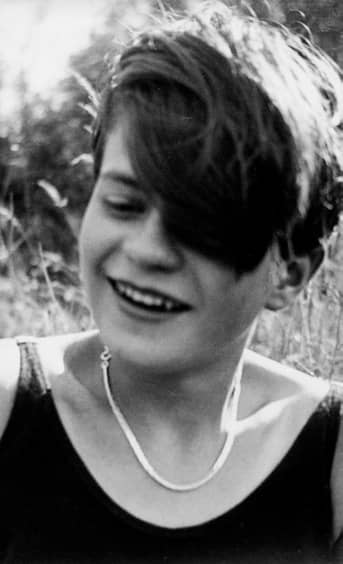 The Young Woman Who Defied Hitler

Sophie Scholl was born in Forchtenberg, Germany on 9 May 1921, the fourth of six children. Her father, Robert, was the Burgermeister (Mayor) of Forchtenberg am Kocher, in Baden-Württemberg. Raised a Lutheran Christian by her devout mother, Magdalene, Sophie, together with her siblings, enjoyed a relatively happy and carefree childhood, something that was threatened when, in 1933, Adolf Hitler came to power and began controlling all aspects of German society. Initially, Sophie herself was unaffected, but her father and brothers were strongly critical of the Nazi regime and this eventually filtered through to leave a strong impression on Sophie as a young woman.

It is important to realise that at this time Hitler was looked upon by most German people as the man to save the nation and restore the country’s prestige after the humiliation Germany suffered at the hands of the Allies in the Treaty of Versailles that ended the First World War. Robert Scholl, however, was more clear-sighted than most, and must have wondered how such a poisonous regime – led by a second-rate artist who had been a lowly corporal in the German army – could have arisen in a country steeped in centuries of Christian faith.

Her family’s reservations about the regime did not stop twelve-year-old Sophie – like many other young people, she and her siblings were initially caught up in the nationalistic fervour that had invaded Germany – from joining a pseudo-Nazi organisation, the League of German Girls. But although she enjoyed the activities of the group and was promoted to the position of Squad Leader, Sophie gradually became uneasy about the conflict between her conscience and the creeping Nazi ideology of the organisation.

When, in 1935, Nuremberg Laws were passed which increased the discrimination against Jews, banning them from many public places, Sophie complained that two of her young Jewish friends were barred from joining the League of German Girls.

She was also incredulous when reprimanded for reading from the ‘Book of Songs’ by the poet Heinrich Heine, who was on the Nazi’s ‘banned’ list of Jewish writers. In response, Sophie protested that Heine was one of Germany’s greatest poets and reading him was essential for understanding German literature. It was things like this that led Sophie to take a much more critical view of the Nazi regime. She began choosing her friends more carefully, restricting herself to people who were politically sympathetic to her viewpoint.

One incident that helped to crystallise her opposition to the Nazis occurred in 1937 when her brother and some of his friends were arrested for participating in the German Youth Movement, an organisation the Nazis considered subversive. Later, in 1942, Sophie’s already low opinion of the regime was eroded even further when her father was sent to prison for being overheard making a remark critical of Hitler, referring to the German Fuhrer as ‘the scourge of humanity’.

An intelligent young girl and an avid reader, Sophie had developed an interest in both philosophy and theology. Her strong Christian faith, which emphasised the underlying dignity of every human being, proved an important cornerstone of her opposition to the increasingly all-pervading Nazi ideology of German society.

As a student of the Bible, Sophie believed that Christian values and a right to religious freedom would be cornerstones in any moral regeneration of Germany. A key component of her rejection of Hitler and all he stood for was a firm belief that the Fuhrer wanted to turn Nazism into a secular faith – the antithesis of what is found in the teachings of Jesus.

In addition, Sophie also realised a love of art – she had a talent for both drawing and painting – and in the process of pursuing this interest she became acquainted with people in artistic circles which, in Nazi terms, were labelled ‘degenerate’.