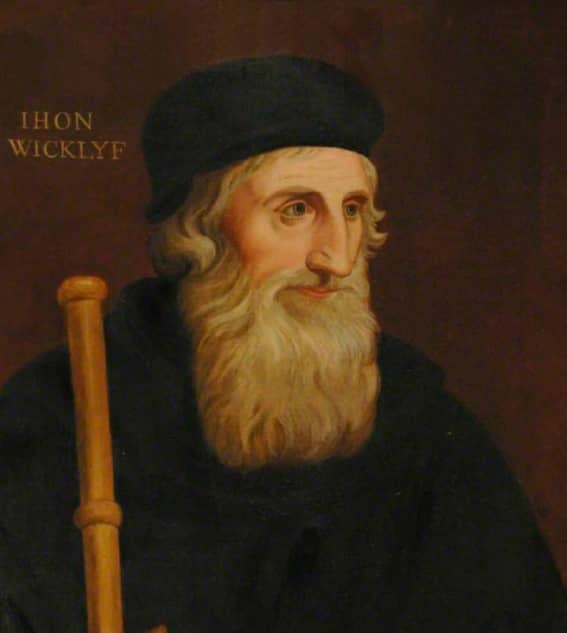 Morning Star of the English Reformation.

John Wycliffe was born in the village of Hipswell near Richmond in the North Riding of Yorkshire in the mid-1320s. A brilliant scholar, he appears to have received his early education close to his home before moving on to England’s greatest seat of learning, Oxford University. It is not known exactly when he first went to Oxford, the place with which he later became closely connected, but he is known to have been there at around 1345.

Having completed his arts degree in 1356, Wycliffe produced a small treatise, ‘The Last Age of the Church’, which viewed the end times in the light of an outbreak of plague which decimated the country in 1348. While some viewed the plague as the judgment of God on the people, Wycliffe saw it as an indictment upon the clergy, most of whom he regarded as uneducated and generally disreputable.

In 1361 he was given the living of the parish of Fillingham in Lincolnshire, which he visited rarely during long vacations from Oxford. In 1368, he took over the rectory of Ludgershall, Buckinghamshire, not far from Oxford, which enabled him to retain his connection with the university. Continuing his studies he obtained a bachelor’s degree in theology in 1369, and his doctorate in 1372, the result of 16 years of hard work. Then, in 1374, he received the crown living of St Mary’s Church, Lutterworth in Leicestershire, a living which he retained until his death.

Wycliffe was now Oxford’s brightest scholar, a man renowned both for his intellectual ability and his administrative skills. But controversy was soon to surround him because of his opposition to the worldly power and excessive wealth held by the Church, which in his day was more a political organisation than a spiritual entity.

Through his study both of the Bible and the Church Fathers, notably Augustine, Wycliffe came to the conclusion that the Church’s primary responsibility was for spiritual and not political matters. Hence he began to proclaim that in owning vast tracts of land and adopting wealthy lifestyles at the expense of the people, the Church had become secular, had forgotten its mission and had lost its spiritual power. This, of course, enraged the Church hierarchy.

At that time the Church was collecting taxes from kings and governments in order to grant them divine favour to rule their people. Any king who refused this risked excommunication. This had actually happened to the English King John around 1213, with John having to pay punitive damages to the Pope. Wycliffe, however, saw that this amounted to little less than a confidence trick played by the clergy on a theologically ignorant laity. Hence when, during the reign of Edward III, the papacy petitioned the king for their tax in order to allow him to rule, Wycliffe stepped in with the words: “There cannot be two temporal sovereigns in one country. Either Edward is king or… [the Pope] is king. We make our choice. We accept Edward of England and refuse… Rome.” 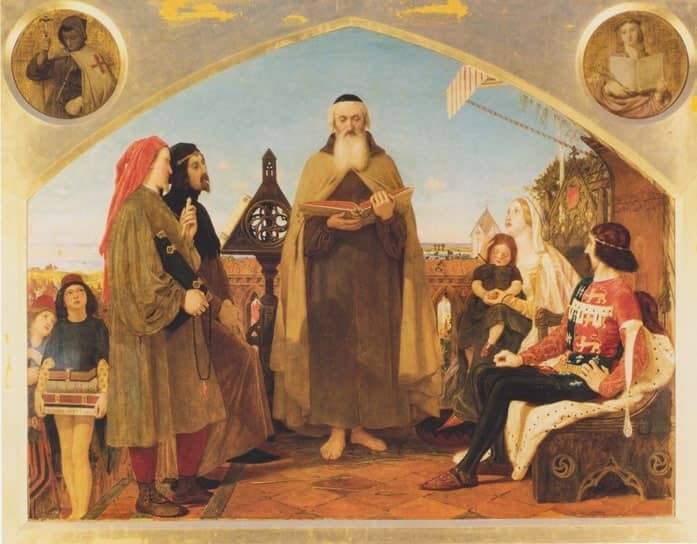 Wycliffe’s stand not only won him favour with the king but also with the king’s second son, the powerful John of Gaunt, to whom he became clerical advisor. The patronage and protection of Gaunt would be very significant for Wycliffe in the years that followed.

To follow up his stand against the wealth and corruption of the Church, Wycliffe issued a series of tracts in 1376, ‘On Divine Dominion’, ‘On Civil Dominion’, ‘On the Duty of the King’ and ‘On the Church’. In these writings he argued that temporal matters should be under the king not the clergy, whose biblical role lay in giving spiritual instruction and guidance to the people. He even went so far as to say that the clergy should not hold temporal possessions or wealth, except that which was necessary to keep body and soul together. He also spoke out against clergy holding civil office, and supported the king’s right to remove unworthy clergymen from their livings.

The writings made waves as far as the Vatican, and in 1377 Wycliffe was summoned to appear before the Bishop of London, an ambitious and worldly clergyman named William Courtenay. Under the protection of John of Gaunt, Wycliffe answered the summons, “a tall, thin, figure… adorned with a full, flowing beard, exhibiting features keen and sharply cut… replete with dignity and character.”