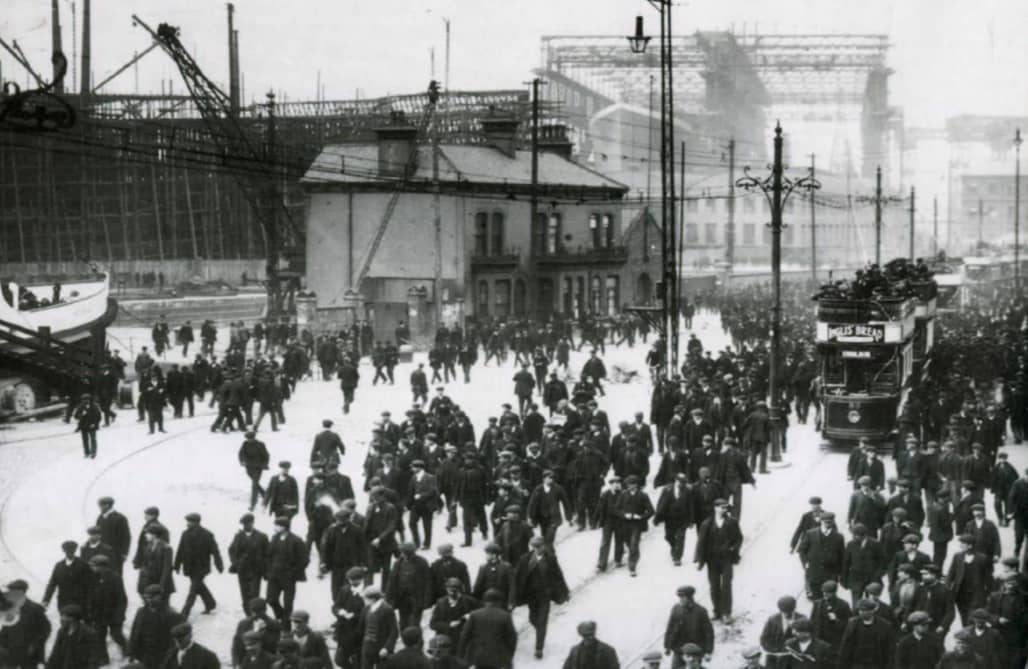 William Patteson Nicholson (1876-1959) was a Presbyterian preacher and evangelist born in Bangor, Co Down. Nicknamed ‘The Tornado of the Pulpit’, Nicholson spent his early years on his father’s cargo ship, but began to preach in 1899 at the age of 23. He was known for his ‘men-only’ meetings and straightforward language. In the Belfast shipyard of Harland & Wolff, a ‘Nicholson shed’ was erected to house stolen tools that newly converted workers returned as a result of Nicholson’s preaching!
Leonard Ravenhill

In the year 1900 a ‘massed band’ of four people marched out-of-step down the main street of Bangor in Northern Ireland. The two members with uniforms were Salvation Army lassies; the other two were young men. One of these men had a mind as keen as a razor’s edge; the other (according to the first) “hadn’t enough brains to give him a nucleus for a headache.”

The young man who headed this little parade was beating a tuneless tambourine. He had recently vowed that for Christ’s sake he would go anywhere and do anything, at any cost. Then this silly thing in the streets of his home town had turned up. He had been walking down the street when this Salvation Army lassie had asked him to stand with the other three at the street corner to witness for Christ.

It hadn’t the faintest smell of the heroic about it. Theories he formulated in his armchair looked heroic. But in the heat of the battle, a swivel-chair theologian’s theories perish. For this young man it was tough to get things in line when he actually faced his Goliath.

“Daft Jimmy,” the nitwit who stood with the Sally lassies, wore a red jersey. On the back of it in white letters was written the startling non-scriptural text, ‘Saved from Public Opinion.’ Maybe the nitwit hadn’t enough wit to be scared of anybody, but the young leader was scared. Moreover, wide-eyed cynics showered the band with unsubdued catcalls. What a baptism! His public enemy number one was public opinion. His meeting with God had been a mountaintop experience. Now he was in the valley of humiliation.

To make bad worse (as the Irish say it), it seemed by some pre-arranged signal that every friend, every relative, and every enemy of his passed the corner as he stood there bashfully. Notice that I said ‘passed’ – thus marking the meeting’s total ineffectiveness.

Seeing the dilemma, one of the Army lassies suggested that the four kneel down and ask the Lord to “take over.” Poor Billy! As they knelt there, a brother offered a ‘telegram’ prayer which Billy wished had been as long as the 119th Psalm. Then something happened. When Billy arose from his knees, he was through forever with any sensitivity to public opinion. His reputation died and had a public funeral in that street meeting. (To die and be buried publicly doesn’t take long!)