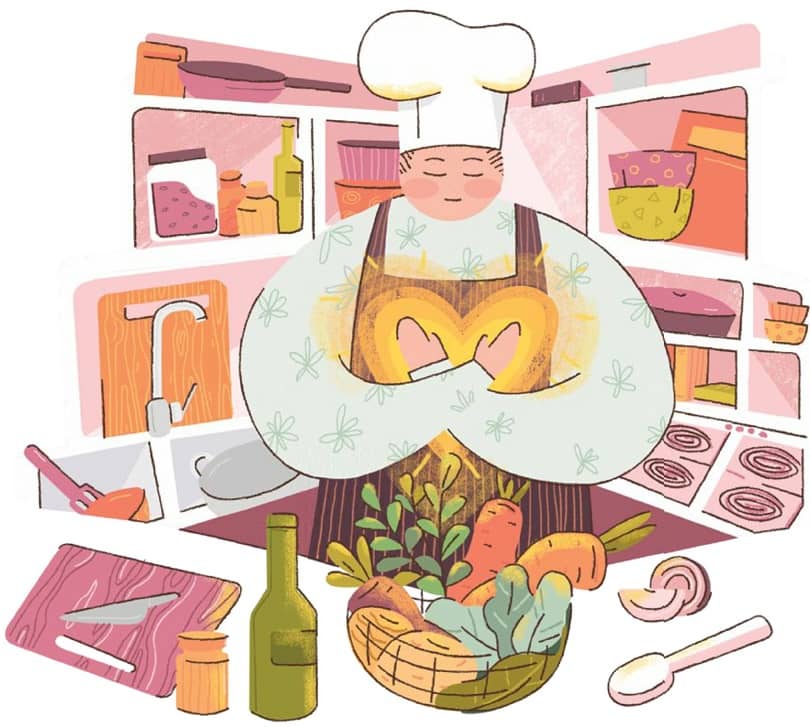 VIJAY SADHU is a perfectionist. Whether he is standing in the kitchen of one of his many successful restaurants in the United States, competing with Bobby Flay, or simply sitting in meditation, Chef Vijay determinedly puts his heart into everything he does. The result? Great food that is filled with love, hard-earned and well-deserved success, and a daily effort to show up as his best possible self. Sitting at a table at Fausto’s, Kanha Shanti Vanam’s Italian Restaurant, he shares more about his passion for cooking and his journey of becoming a chef with MAMATA VENKAT, how finding a Guru and diving into spirituality changed his attitude in the kitchen, and how all of his experiences have shaped his most important role: being a parent.

Q: Chef, how did you discover your passion for being in the kitchen?

My experience was very different. I was more into dancing when I was growing up, and I was part of a band that my friends used to have. I moved out of home when I was 15, and from that age I never depended on anyone. I was a dropout because of the band. We were performing a show in a hotel in Hyderabad, and the venue was right next to the kitchen. I was smelling the aroma and air of beautiful food, and I said, “Oh my gosh, this is so incredible!”

My eldest brother was a chef. My parents were worried about me. They were like, “What is this guy? He doesn’t want to go to school. He doesn’t want to go to college.” I was very careless. I didn’t really worry too much. I said, “Take it as it comes.” I started liking cooking, food, and serving people. There was no grandmother inspiration or mother inspiration. I’m a self made person. I started working as an apprentice for some of the big hotel chains. Then, I had the opportunity to go to the U.S. at the age of 18 and ended up in Manhattan. There I started working for some of the best restaurants, peeling onions, and doing behind-the-scenes work. It was all old-school style.

Q: What does the journey look like for someone who is trying to be a world-famous chef?

Back in the day, not every chef went to college. I didn’t go to college to begin with. After working in New York, I made some money, and then I thought about going to college. I moved to India for six months, worked for one of the top hotel chains, and wanted to be at the management level, but people would say, “No, you don’t have a degree, so you can’t be a manager”. I thought that was discrimination, but while having tea with a cousin of mine, looking at a newspaper, I saw something about study abroad in Australia. So I packed my bag sand moved to Australia. There I finished my hotel management degree right off the bat. I worked for a good restaurant there, and then I moved back to the U.S. again. That’s when I really started. 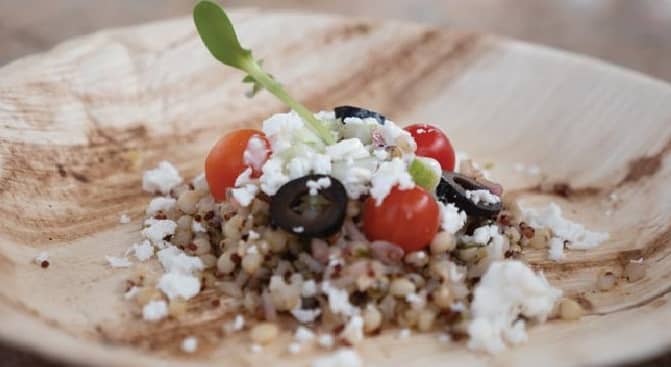 Q: What kind of attitude did youhave in order to create successfor yourself?

From day one, I wanted to be a perfectionist in everything that I did. I don’t waste my time. If I do something, I’ll do it perfectly, otherwise I’ll say, “I don’t think this is for me” or “I’m not ready for this.” I don’t experiment with things, except recipes. That’s how I started working for some great chefs.

I had an opportunity to open my own restaurant in Milwaukee when I was a young guy, probably 29 or 30. It was called Saffron Bistro, with a lot of European influence, and it was rated one of the best restaurants in the world by Bon Appetit Magazine. My restaurant was a small hole in the wall, no bar, just tables and the food, some wines.

From there, it just kept growing, growing, growing. I appeared on television with other chefs, I was on the cover of a lot of magazines in New York and Milwaukee, and then I moved to India again. I came with my family here and opened a restaurant in Hyderabad. But the mentality didn’t suit me, so I packed my bags and moved back to the U.S. again. I opened a beautiful restaurant in Dallas called Northwest Frontier Cuisine. I prepared a lot of kebabs and barbequed food. My restaurant was once again rated one of the top restaurants in Dallas. I was the first Indian person to do that.